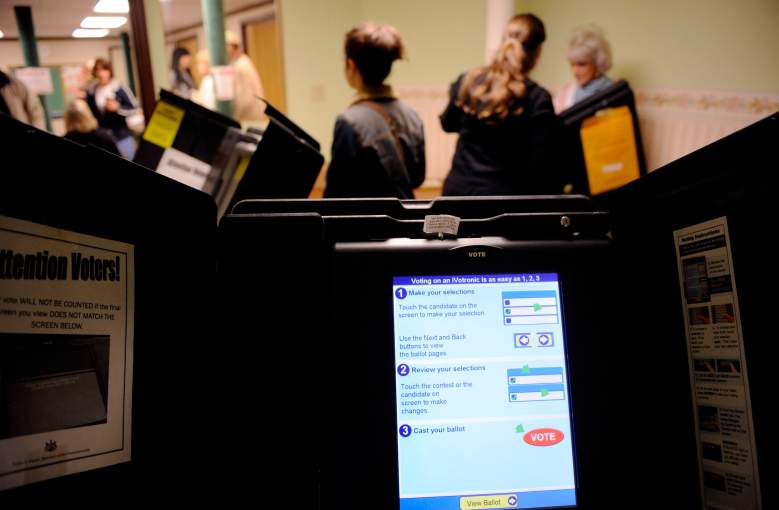 A voting machine is seen at a polling place in Pittsburgh, Pennsylvania. (Getty)

Pennsylvania voters go to the polls on Tuesday to cast their ballots in the presidential race, along with the state’s U.S. Senate seats, its U.S. House seats, and its state House and Senate seats.

Here’s what you need to know as you head to the polls in Pennsylvania:

POLLING HOURS & LOCATIONS: Polling locations will be open from 7:00am until 8:00pm on Election Day. Voters will still be entitled to vote if they are standing in line when the polls close at 8:00pm. First-time voters will be required to show some form of identification; acceptable forms of identification can be found here. There are three ways to find out what polling place you should use to vote on Election Day. First, on your voter registration card you will find printed the details of your particular polling place. Second, you can find details about your exact voting location at the Department of State website here. Third, if you are not able to find your polling place using the Department of State website, you can find and contact your county election office here. 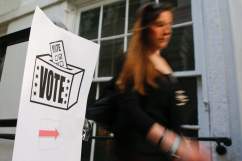 TRACKING RESULTS: On Election Day the website for the Department of State in Pennsylvania will have an active election returns page here after the polls close at 8:00pm.

WHAT’S AT STAKE IN FEDERAL RACES: With 20 electoral votes Pennsylvania has historically been considered a battleground state in the presidential election, although in the last six contests (since 1992) the Democratic candidate has come out on top. In the 2012 election Barack Obama was able to defeat Republican Mitt Romney by five percent. However, in this election Pennsylvania is being considered as a critical battleground state, with the potential to tip the Electoral College in either Hillary Clinton or Donald Trump’s favor. In a comparison of numerous polls by The New York Times Clinton is favored to win the state across the board. The state is also considered a critical battleground for the U.S. Senate. Republican incumbent Senator Pat Toomey is defending his seat against Democratic challenger Katie McGinty. The latest Huffington Post Pollster averages show McGinty likely leading Toomey. There will be 18 candidates up for election to represent Pennsylvania in the U.S. House of Representatives, one representing each of the state’s congressional districts. Currently Republicans hold 13 of the 18 seats, while Democrats hold only four seats and one seat is vacant. For a full list of representatives on the ballot in Pennsylvania click here.

WHAT’S AT STAKE IN STATE RACES: Control of government is divided in the state of Pennsylvania, with Republican majority in the state House of Representatives and state Senate but the governor’s mansion in Democratic control. In the state Senate, Republicans hold 31 of 50 total seats, and 25 seats are up for election this fall. In the state House of Representatives all seats are up for election, with Republicans holding 119 of 203 total seats. Democrat Tom Wolf is serving his first term as Governor of Pennsylvania after unseating Republican Tom Corbett in 2014. With each governor term four years long, Wolf will be up for re-election in 2018. The current Attorney General in Pennsylvania is Democrat Bruce Beemer, who was nominated by Governor Tom Wolf and sworn in to office in August 2016 after being unanimously confirmed by the state Senate of Pennsylvania. He will be up for re-election in 2020.

Read More
Politics
Follow Heavy ↓
wpDiscuz
0
0
Would love your thoughts, please comment.x
()
x
| Reply
Polls in Pennsylvania are open between 7 a.m. and 8 p.m for voters to cast their ballots in federal, state, and local races.