#WillSims was murdered by white supremacists near Richmond, CA. 2 of them are still on the run and are armed. https://t.co/5n7XCyUDp7 pic.twitter.com/O5rCjpvarj

Authorities say a talented Bay Area pianist and musician was murdered because he was black and was left to die in a roadway.

Daniel Porter-Kelly, 31, is accused of murder, robbery, and a hate crime in the slaying of Will Sims, 28, who was described by those who knew him as a gentle person with a gift for music.

As of November 23, police were seeking two other men in connection with beating and shooting of Sims on November 12. They identified Porter-Kelly’s alleged accomplices as Ray Simons and Daniel Ortega. The men were believed to be armed and dangerous, said the San Francisco Chronicle.

The men are white; Sims was African-American.

1. Police Say Sims Was Jumped & Robbed at a Pool Hall

The murder of #WillSims today should serve as a reality check for all of you who think California is so "progressive". pic.twitter.com/WFKpdC6V3G

According to the San Francisco Chronicle, authorities say that Sims was jumped inside a pool hall called the Capri Club in El Sobrante, California.

The Sheriff’s Department says he was robbed. He was then beaten and shot, police say. Police have not released why they believe that Sims was targeted because of his race; they attached a hate crime enhancement to the charges.

The Costa County Sheriff’s press release says, “On Saturday, November 12, 2016, at about 2:11 a.m., a Sheriff’s Office Sergeant discovered William Sims lying in the roadway in the area of Appian Way and Garden Lane in El Sobrante. Sims had been beaten and shot and was pronounced deceased at the scene. Sims was 28-years-old and was from Richmond, where he was a musician and worked in retail. He had no gang ties and no criminal history.”

Some on Twitter have criticized the media for reporting that Sims had no criminal history. That information came from authorities.

2. Sims Was a Musician & Accomplished Pianist

The East Bay Times described Sims as “a retail worker and musician.”

The newspaper said that a sheriff’s deputy found Sims lying dead in the road. Police have asked those with tips to contact the Office of the Sheriff at (925) 646-2441.

According to The San Francisco Chronicle, Sims’ sister, Stacey, said: “He loved music. He loved making friends. He was the best brother a sister could ever have. It’s been very difficult. It still seems unreal.”

Sims played in an award-winning university jazz group, the newspaper said, adding that Sims was described as charismatic and kind.

3. Sims Was Remembered as a Gentle Soul With a Great Singing Voice

Friends of Sims created a poster seeking information on his killers. “I was a kind person and gentle soul,” it reads. “…I loved to play the piano and was a great singer. I played at our local CCC with the music group called Jazzology. I was only 28-years-old. I had my whole life ahead of me.”

His friends also created a memorial to him. It is covered with musical notes.

“Brown was booked into jail on an accessory charge for interfering in the investigation,” sheriff’s officials said. “She is being held in lieu of $500,000 bail.”

A man who had employed the suspects – and who was wearing a Make America Great Again hat – told the San Francisco Chronicle the men were hard workers and said he was surprised by the accusations.

On Facebook, people have left messages of sadness since Sims’ death. “So sorry you are gone… love to you and all of yours,” wrote one person.

Sims’ cousin posted an emotional statement on Twitter, although aspects of the statement have not been verified. He called Sims caring, quiet, reserved, and helpful.

“Very sad day,” wrote another person on Sims’ page, which showcases his love of music. It’s filled with photos of Sims playing the piano.

5. There is a Twitter Hashtag in Sims’ Name as People Call His Death a ‘Lynching’

The response to the hate crime charges and Sims’ death was emotional and intense on Twitter.

While the MSM are doing glamour-shots and fluff pieces about the "Alt-Right", these white supremacists are killing Black people #WillSims pic.twitter.com/cQo4A0WFCQ

People questioned why there wasn’t more media coverage outside the Bay Area on Sims’ death.

Why can't I find anything online, outside of Twitter, about #WillSims? Why is the media waiting to report on a lynching? What is going on?

People have called the death of Sims and that of 15-year-old James Means in West Virginia the equivalent of modern-day lynchings. A 62-year-old white man, William Pulliam, was charged in Means’ shooting death. He claims Means approached him and he felt threatened after they exchanged words, but police say Means was unarmed. 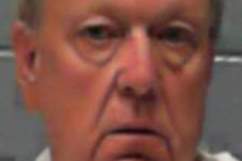 Loading more stories
wpDiscuz
4
0
Would love your thoughts, please comment.x
()
x
| Reply
Will Sims, a pianist and musician from Richmond, California, was beaten and shot in what police say was a hate crime. Daniel Porter-Kelly is accused of the murder.