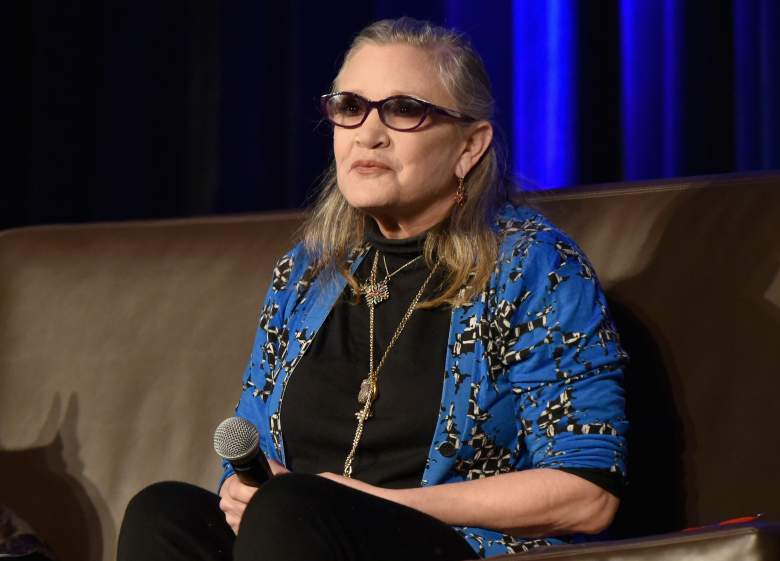 Iconic Star Wars actress Carrie Fisher has died at the age of 60.

At the time of her unexpected death this past week, Fisher had several film and television projects in the works. Fans have therefore not yet seen the last of her on screen, as several more Fisher performances are on the way. When will these be seen by the public? And what movie will now forever be known as Carrie Fisher’s final film?

Here’s a look at everything Carrie Fisher had been working on in the months leading up to her death. 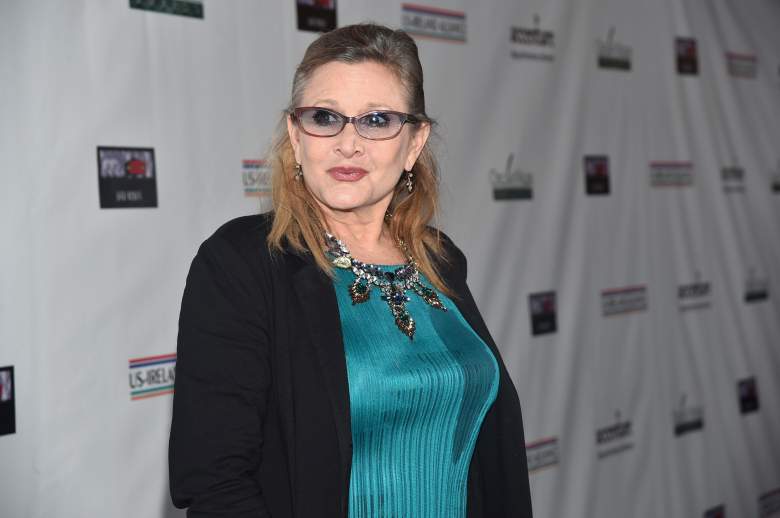 Carrie Fisher was expected to have a role in the indie fantasy film Wonderwell.

Very little is known about this small production other than that it is about a 12-year-old girl who travels through a magic portal that allows her to grow up. It stars Rita Ora, Sebastian Croft, Kiera Milward and Nell Tiger Free. According to Deadline, principal photography began in November 2016. Fisher was to play the role of Hazel.

As of this writing, nobody involved in the production of Wonderwell, including director Vlad Marsavin, has said whether Fisher completed her scenes prior to her death. We will likely hear more about this in the coming days.

IMDB currently lists Wonderwell as having a 2017 release, and so if Fisher did finish her scenes, and if the movie makes it to theaters before December, this would become Fisher’s last movie.

Carrie Fisher died after suffering a cardiac arrest on a flight from London to Los Angeles. She was in the United Kingdom because she was filming an appearance on the Amazon comedy series Catastrophe.

Catastrophe stars Rob Delaney and Sharon Horgan as a couple that starts a relationship after an unplanned pregnancy. Fisher plays the mom of Rob Delaney’s character. Sharon Horgan, who also serves as the co-creator of the show, says that she knew Fisher would be perfect for this character after seeing her speak at an awards show.

“You were giving an award at the Attitude Awards in London and you did this great speech, and Rob and I were in the audience,” Horgan told Fisher at a Tribeca Tune-In event for Catastrophe, according to Vulture. “I turned to Rob, and I went, That’s your awful mother!”

Fisher’s appearance on Catastrophe was shot just a week before her death, with Hogan posting this selfie seven days prior to Fisher’s heart cardiac arrest.

Me, General Leia and Kylo Ren's hand on the set of #catastrophe3 @hellomerman

In an Instagram post following Fisher’s death, Hogan said that she’s happy she got the chance to befriend fisher.

She wrote, “Carrie was my friend. It took me three series but I got her in the end. She was the most generous, fun, gifted, smart, kind, funny funny funny person I’ve ever met. She certainly wasn’t ready to go. I’m so glad we became pals. I’m so devastated at her loss. I want to write about her more but I can’t process yet.”

The new season of Catastrophe will air sometime in 2017. No exact premiere date has been announced.

Carrie Fisher has appeared on many episodes of the hit animated show Family Guy going back to 2005. Her first appearance was in an episode entitled “Jungle Love,” where Fisher played Peter Griffin’s boss Angela. She went on to reprise this character in 22 more episodes from 2005 to 2016.

Most recently, Fisher voiced Angela on an episode of Family Guy airing on December 4th, 2016. According to Variety, Fisher has already provided the voice of Angela for two upcoming episodes of the Fox series. It’s unclear at this time when those episodes will air, but Family Guy will return on January 8th. Fisher is not listed in the credits of that premiere episode.

Family Guy creator Seth MacFarlane is a hardcore Star Wars fan, as evidenced by the multiple Family Guy episodes that lovingly lampooned the science fiction saga. On Twitter this week, MacFarlane spoke on behalf of the Family Guy staff when he said that Fisher will be missed.

Carrie Fisher was smart, funny, talented, surprising, and always a hell of a fun time to be around. Family Guy will miss her immensely. 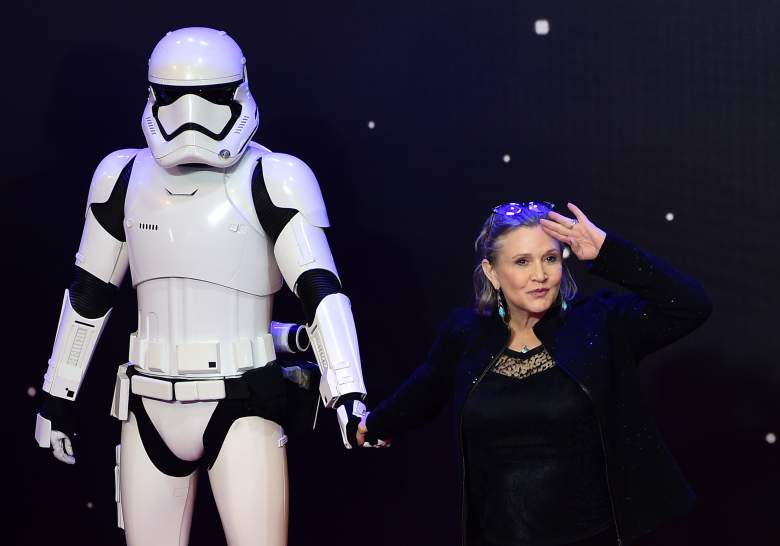 Carrie Fisher attends the premiere of “Star Wars: The Force Awakens” in London on December 16, 2015. (Getty)

Carrie Fisher will also be playing Leia Organa one last time in Star Wars: Episode VIII, which will hit theaters in December 2017.

Production on Episode VIII officially wrapped in July 2016. Though it’s possible there will be more reshoots, a Lucasfilm spokesperson confirmed to TMZ that Fisher had completed her scenes in Episode VIII prior to her death.

It is believed that Leia will have a larger role in Episode VIII than she had in Episode VII: The Force Awakens. Back in October, Fisher’s appearance at New York Comic Con had to be shortened because she had a commitment to Star Wars production. Seeing as filming wrapped in July, she was probably being called back in for reshoots, and it’s difficult to imagine her filming scenes four months after production wrapped if her role were as small as it was in The Force Awakens.

We're sorry to announce that due to #StarWars production, Carrie Fisher will only be at #NYCC on Sunday.

It’s Star Wars: Episode IX that will be affected by Fisher’s death, as that movie is not scheduled to begin production until next year, and presumably Leia Organa would have been a key player in it. Episode IX is currently scheduled to hit theaters on May 23, 2019, though it would not be surprising to see it delayed if extensive rewrites are now required.

Loading more stories
wpDiscuz
1
0
Would love your thoughts, please comment.x
()
x
| Reply
Iconic Star Wars actress Carrie Fisher has died at 60. What was she filming prior to her death? What will her last film and TV roles be?