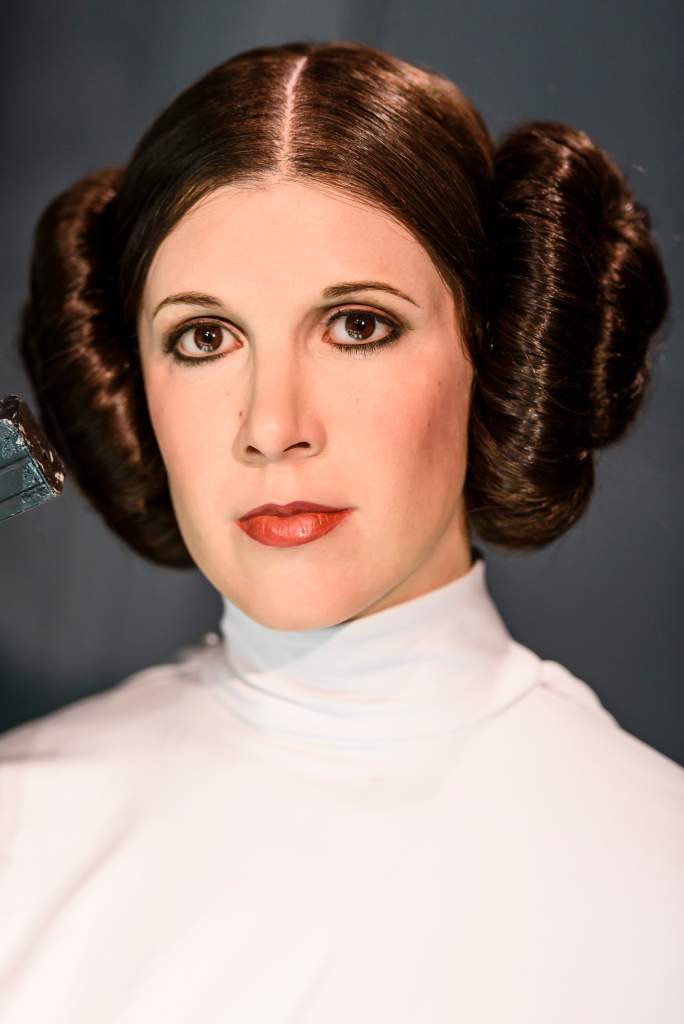 Princess Leia as a wax figure in Berlin, Germany. (Getty)

Carrie Fisher has died at the age of 60 after suffering a heart attack while on a Transatlantic flight, People reported. The Star Wars icon played the role of Princess Leia, and fans across the world are mourning.

Family spokesman Simon Halls released a statement to People on behalf of Billie Lourd, Fisher’s daughter. “It is with a very deep sadness that Billie Lourd confirms that her beloved mother Carrie Fisher passed away at 8:55 this morning,”the statement said.

“She was loved by the world and she will be missed profoundly,” Lourd stated, according to People. “Our entire family thanks you for your thoughts and prayers.”

Here are some of Princess Leia’s best Star Wars quotes to remember the star by:

One of the first quotes to remember the star by comes from A New Hope, where Princess Leia asked for help from renowned Jedi master Obi-Wan Kenobi:

“Help me Obi-Wan Kenobi, you’re my only hope.”

You can watch Princess Leia recite the line, “I don’t know where you get your delusions, laser brain,” below:

In a conversation with Grand Moff Tarkin:

Princess Leia Organa: “Governor Tarkin, I should have expected to find you holding Vader’s leash. I recognized your foul stench when I was brought onboard.”
Grand Moff Tarkin: “Charming to the last. You don’t know how hard I found it, signing the order to terminate your life.”
Princess Leia Organa: [sarcastic] “I’m surprised you had the courage to take the responsibility yourself.”

See more of the best quotes that were posted to Twitter below:

This week got me all kinds of messed up and now my insomnia is bad. So here's an inspirational quote from Princess Leia. pic.twitter.com/aWzojH84BV

"You came in that thing? You're braver than I thought."
-Princess Leia#quote #StarWars pic.twitter.com/FxcVERaI8M

“You certainly have a way with people” #PrincessLeia. What is your favourite Princess Leia #quote? Share it with us! pic.twitter.com/XwVZFmhoTM

Watch the best “Han and Princess Leia moments” below:

Loading more stories
wpDiscuz
0
0
Would love your thoughts, please comment.x
()
x
| Reply
Carrie Fisher has died at the age of 60. Click here for some of Princess Leia's best Star Wars quotes to remember the star by.