None of the recount efforts has changed the presidential election – despite the price tag – and that’s also true now in Nevada, which just concluded a partial recount.

According to a press release from the Nevada Secretary of State’s Office on the evening of December 8, the Nevada recount found these changes:

There were no other changes found in the state that Clinton won. The state will not conduct a statewide recount because so few errors were found.

Sadly, candidate/recount financier Rocky De La Fuente spent more than $14,000 to find out he neither gained nor lost a single vote.

The partial Nevada recount has flown under the radar as media attention focuses on high profile efforts to seek recounts in Wisconsin, Pennsylvania, and Michigan. Those recounts were sought by Green Party nominee Jill Stein, who has raised more than $7 million to force them.

However, the Nevada recount was requested by Independent candidate Rocky De La Fuente, who said that he wanted to “balance out” the Stein recounts because Clinton won Nevada, according to Fox 5 Vegas. He paid $14,000 for recounts in just 93 precincts, most around the Las Vegas area, said the TV station. Had a discrepancy with original vote totals of more than 1 percent been found, Nevada would have conducted a statewide recount. However, that threshold was not met. 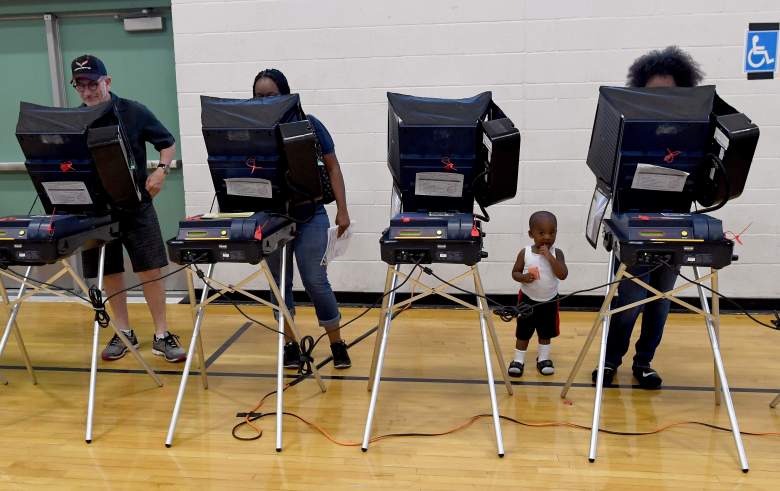 Voters cast their ballots at voting machines at Shadow Ridge High School on Election Day on November 8, 2016 in Las Vegas, Nevada. Americans across the nation are picking their choice for the next president of the United States. (Getty)

In a letter to the Nevada Secretary of State, De La Fuente, who said he was a registered Democrat, added, “Recounts should be conducted for a similar purpose: to preserve the sanctity of the vote. They should not be performed for self-aggrandizement or to affect a partisan result.”

The Nevada Secretary of State’s press release said, “The recount was conducted in 93 precincts identified by Mr. De La Fuente in his recount request, and included 93,840 votes cast. He selected 2 precincts in Carson City, 2 in Douglas County, 2 in Mineral County, 2 in Nye County, and 85 in Clark County for recount, although one Clark County precinct was listed twice on his recount request.”

The release continued, “Because the differences identified by the recount did not amount to a total discrepancy equal to or greater than 1 percent for the candidate requesting the recount or the candidate who won the election, Secretary Cegavske determined the statutory requirement found in NRS 293.404 has not been satisfied and a full statewide recount of the presidential election results will not be conducted.”

As for the other recounts, the Wisconsin recount, as of its 7 day, had not moved the needle much. Hillary Clinton had gained about 82 net votes, but Trump leads that state by more than 22,000 votes. A federal judge put a stop to Michigan’s recount after three days, saying that Stein does not have standing to force a recount there, and after problems were identified with polling lists not matching machine printouts in some Democratic strongholds like Detroit.

There is a court hearing on December 9 into Stein’s request for a Pennslvania recount. Trump has called the recounts a “scam.” Although Stein requested the recounts, alleging unproven allegations of hacking or fraud, Hillary Clinton’s campaign did announce it would participate in the Wisconsin recount.

Clinton would have needed all three of those states – Pennsylvania, Michigan, and Wisconsin – to flip to win the Electoral College, which meets December 19. Of course, if Trump could have taken a state like Nevada from Clinton as a result of the recount there, Clinton’s road would be even steeper. As with Wisconsin thus far, not much changed in Nevada. 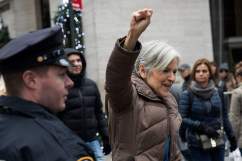