A New York teenager is accused of making up a story that a group of white Donald Trump supporters harassed her on a subway for being Muslim.

She had said previously that the men were drunk, mentioned Trump, and told her she was a terrorist, according to CBS News.

1. Seweid Allegedly Spun an Elaborate Tale, Saying the Men Pulled off Her Hajib

Patch said Seweid initially told the story on Facebook. The news site said Seweid is a “reported business major at Baruch College in the Gramercy Park neighborhood” and “told police she was attacked Thursday, Dec. 1, in the 23rd Street subway station near her school by a trio of white, male 20-somethings who shouted ‘Donald Trump!’ and tried to remove her hijab.”

Her Facebook post is no longer available. As the New York Daily News put it, Seweid said she “was harassed on the subway by drunken, hate-spewing white men shouting ‘Donald Trump!'”

2. Police Now Contend That Seweid Made up the Story & Criticized Trump

CBS said Seweid said of Trump: “The president-elect just promotes this stuff and is very anti-Muslim, very Islamophobic, and he’s just condoning it.”

Police sources told the New York Daily News that “Seweid made up the story because she didn’t want to get in trouble for breaking her curfew” and added that “her parents then allegedly shaved Seweid’s head because of the incident, sources say.” The news site said Seweid was charged with filing a false report.

Seweid’s sister, Sara, has lashed out at the New York Police Department and the news media. She claimed the police were suspicious of her family because family members had criticized Donald Trump on social media.

Seweid was reported missing for several days after she recounted the tale, but was then found safe. CBS New York reported on her brief disappearance, but said it was not revealed where she had been.

Patch said she was seen leaving her home on foot, and that she disappeared a week after giving the story about the supposed subway incident.

The teen is from Nassau County, the station said.

4. Seweid Is Not the First Person to Allegedly Make up a Hate Crime

Two days after the election, The Washington Post reported that police in Louisiana believed a University of Louisiana at Lafayette student’s story that she was attacked and “had her hijab ripped off” by men, including one wearing a Trump hat, was false.

Police said in a press release that the woman “admitted that she fabricated the story about her physical attack as well as the removal of her hijab and wallet by two white males.”

5. There Were Also Documented Hate Crimes After the Election 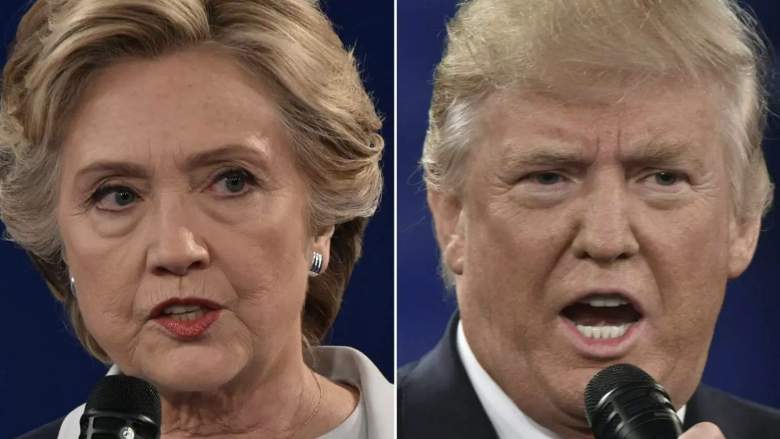 In mid November, the Southern Poverty Law Center reported that it had collected 437 reports of “hateful intimidation and harassment” between November 9 and November 14. The largest category of incident was reported as “anti immigrant,” according to the group.

There have also been reports of Trump supporters being attacked or harassed.

Loading more stories
wpDiscuz
10
0
Would love your thoughts, please comment.x
()
x
| Reply
Yasmin Seweid, a Muslim teenager from New York, is accused of making up a subway verbal attack by Donald Trump supporters she claimed pulled her hijab. Police say she made it up.