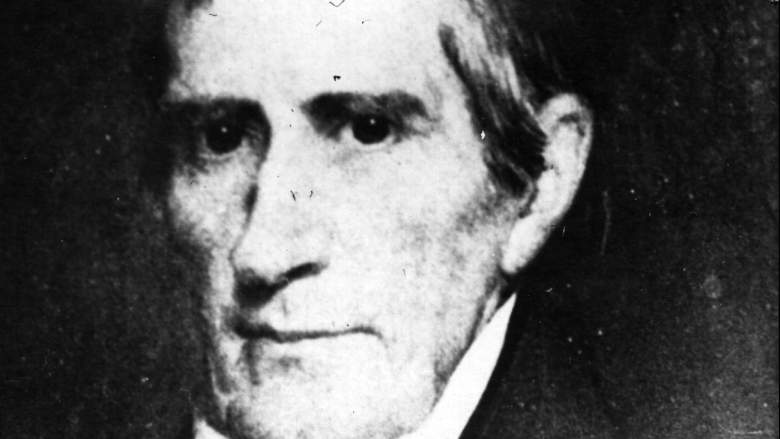 The longest presidential inauguration address was delivered by the man who had the shortest presidency. On March 4, 1841, William Henry Harrison was inaugurated as president and decided to give a marathon speech. It ran 8,445 words and, despite being the oldest man elected president up until that point, he refused to wear a coat in the terrible weather that hit Washington that day.

It took Harrison an hour and 45 minutes to deliver the speech. By comparison, Donald Trump’s speech is expected to last less than 20 minutes. Both of President Barack Obama’s inauguration addresses took just under 20 minutes each.

Harrison wrote his own speech and incoming Secretary of State Daniel Webster tried his best to edit it down. And after delivering that speech, the 68-year-old Harrison attended three balls.

Harrison’s speech included plenty of references to Rome and it was long-winded to say the least. Interestingly, the speech included an entire paragraph on the freedom of the press. Harrison said:

There is no part of the means placed in the hands of the Executive which might be used with greater effect for unhallowed purposes than the control of the public press. The maxim which our ancestors derived from the mother country that “the freedom of the press is the great bulwark of civil and religious liberty” is one of the most precious legacies which they have left us. We have learned, too, from our own as well as the experience of other countries, that golden shackles, by whomsoever or by whatever pretense imposed, are as fatal to it as the iron bonds of despotism. The presses in the necessary employment of the Government should never be used “to clear the guilty or to varnish crime.” A decent and manly examination of the acts of the Government should be not only tolerated, but encouraged.

It’s also worth noting that he often refers to the U.S. as a “Confederacy” throughout the speech. Here’s an example:

I have spoken of the necessity of keeping the respective departments of the Government, as well as all the other authorities of our country, within their appropriate orbits. This is a matter of difficulty in some cases, as the powers which they respectively claim are often not defined by any distinct lines. Mischievous, however, in their tendencies as collisions of this kind may be, those which arise between the respective communities which for certain purposes compose one nation are much more so, for no such nation can long exist without the careful culture of those feelings of confidence and affection which are the effective bonds to union between free and confederated states. Strong as is the tie of interest, it has been often found ineffectual. Men blinded by their passions have been known to adopt measures for their country in direct opposition to all the suggestions of policy. The alternative, then, is to destroy or keep down a bad passion by creating and fostering a good one, and this seems to be the corner stone upon which our American political architects have reared the fabric of our Government. The cement which was to bind it and perpetuate its existence was the affectionate attachment between all its members. To insure the continuance of this feeling, produced at first by a community of dangers, of sufferings, and of interests, the advantages of each were made accessible to all. No participation in any good possessed by any member of our extensive Confederacy, except in domestic government, was withheld from the citizen of any other member. By a process attended with no difficulty, no delay, no expense but that of removal, the citizen of one might become the citizen of any other, and successively of the whole. The lines, too, separating powers to be exercised by the citizens of one State from those of another seem to be so distinctly drawn as to leave no room for misunderstanding. The citizens of each State unite in their persons all the privileges which that character confers and all that they may claim as citizens of the United States, but in no case can the same persons at the same time act as the citizen of two separate States, and ‘he is therefore positively precluded from any interference with the reserved powers of any State but that of which he is for the time being a citizen’. He may, indeed, offer to the citizens of other States his advice as to their management, and the form in which it is tendered is left to his own discretion and sense of propriety. It may be observed, however, that organized associations of citizens requiring compliance with their wishes too much resemble the ‘recommendations’ of Athens to her allies, supported by an armed and powerful fleet. It was, indeed, to the ambition of the leading States of Greece to control the domestic concerns of the others that the destruction of that celebrated Confederacy, and subsequently of all its members, is mainly to be attributed, and it is owing to the absence of that spirit that the Helvetic Confederacy has for so many years been preserved. Never has there been seen in the institutions of the separate members of any confederacy more elements of discord. In the principles and forms of government and religion, as well as in the circumstances of the several Cantons, so marked a discrepancy was observable as to promise anything but harmony in their intercourse or permanency in their alliance, and yet for ages neither has been interrupted. Content with the positive benefits which their union produced, with the independence and safety from foreign aggression which it secured, these sagacious people respected the institutions of each other, however repugnant to their own principles and prejudices.

Three weeks after the inauguration, Harrison got a cold. At the time, it was thought that his decision to skip wearing a coat, hat and gloves during the inauguration was the reason for his illness. Doctors did their best, but Harrison died on April 4, 1841.

Harrison’s death, which ended the shortest presidency on record, started a Constitutional crisis because his Vice President, John Tyler, insisted that he then become president. Although the Constitution stated that the Vice President will take the powers of the presidency if a president is unable to perform his duties, it said nothing about taking the title of president.

It wasn’t until the 20th Amendment was passed in 1933 that it became part of the Constitution that a vice president became president if the president died or couldn’t perform his duties. 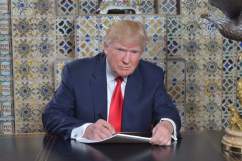 Donald Trump Inauguration: How Long Will His Speech Be?