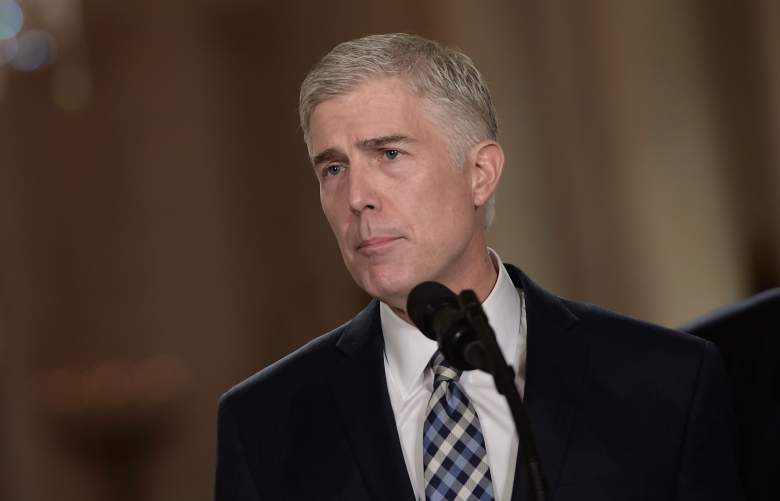 President Donald Trump’s Supreme Court nominee, Neil Gorsuch, hasn’t really said much about one of the biggest topics of concern to many voters since Trump was elected: LGBT issues including same-sex marriage. What does the Supreme Court nominee believe about gay rights? Will he support same-sex marriage? Unfortunately, there’s not a lot known publicly regarding his stances on these issues.

Gorsuch has not had any cases that directly addressed LGBT rights. That makes deciphering his opinion on these issues very difficult. The publication LGBTQ Nation did note that he addressed the issue once, a long time ago, in National Review.

Gorsuch wrote the National Review article in 2005, so it’s possible that his viewpoints have changed since then. In the article, Gorsuch didn’t say that he explicitly opposed or supported same-sex marriage. However, he did state that he thought liberals were having issues like gay marriage addressed in the courtroom far too often, rather than through elected officials and votes. You can read the article here.

But rather than use the judiciary for extraordinary cases, von Drehle recognizes that American liberals have become addicted to the courtroom, relying on judges and lawyers rather than elected leaders and the ballot box, as the primary means of effecting their social agenda on everything from gay marriage to assisted suicide to the use of vouchers for private-school education.”

Liberals may win a victory on gay marriage when preaching to the choir before like-minded judges in Massachusetts. But in failing to reach out and persuade the public generally, they invite exactly the sort of backlash we saw in November when gay marriage was rejected in all eleven states where it was on the ballot.”

Essentially, he was stating that he thought liberals were going about change all wrong and would, in the end, suffer “political atrophy” if they relied on court rulings for rights such as gay marriage, rather than changing the public’s mind.

So, Gorsuch never said in his column whether or not he supported same-sex marriage, only that he thought liberals were approaching it in the wrong fashion. It remains to be seen what is his true viewpoint on the matter. 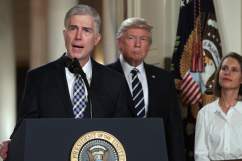 Neil Gorsuch & Marijuana: What Are His Views on Legalization?