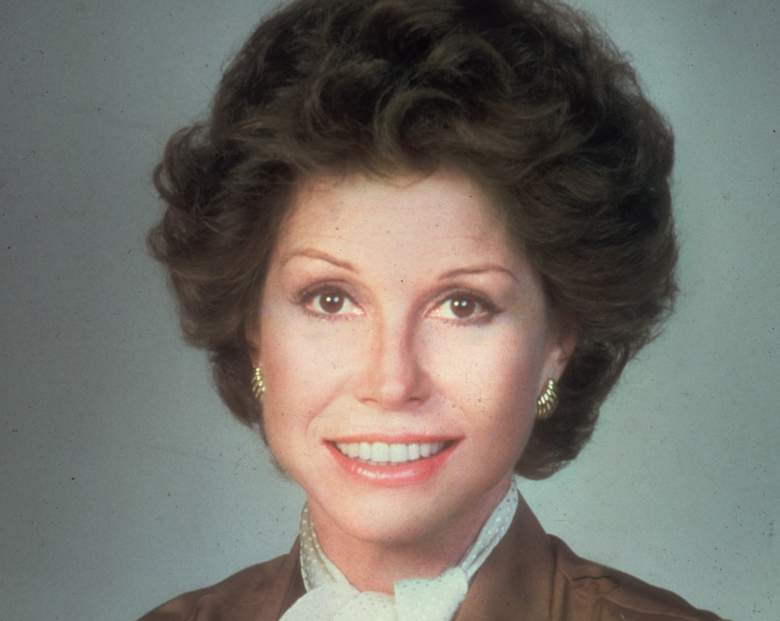 Actress Mary Tyler Moore has died at the age of 80.

Moore was married three times, and her spouse at the time of her death was Dr. Robert Levine. However, she was wed for the first time at a very young age. 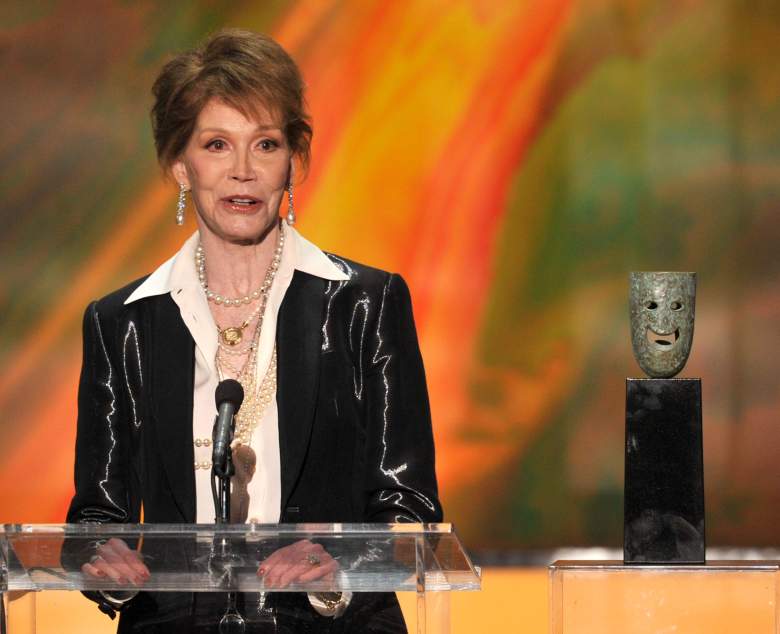 In her book Growing Up Again, Moore says that this allowed her to escape “the complicated but protective, even totalitarian, environment of my parents’ unstable home for the adventure of ‘wifedom’ and motherhood.”

She shared this same sentiment in a 1979 interview with Barbara Walters, saying that she later came to appreciate her parents but that at that time she really wanted to assert her independence.

“I was going through a state at about 16, 17, 18, where I didn’t like them very much,” she said. “I really wanted to be independent, I didn’t want to be told what to do, and there was this young man to whom I was obviously very attractive and I think I fell in love as much as you can fall in love at that age…and I thought that it was right.”

Before starting a career in management, Richard Meeker served in World War II and the Korean War, according to The Sacramento Bee.

2. They Were Next Door Neighbors 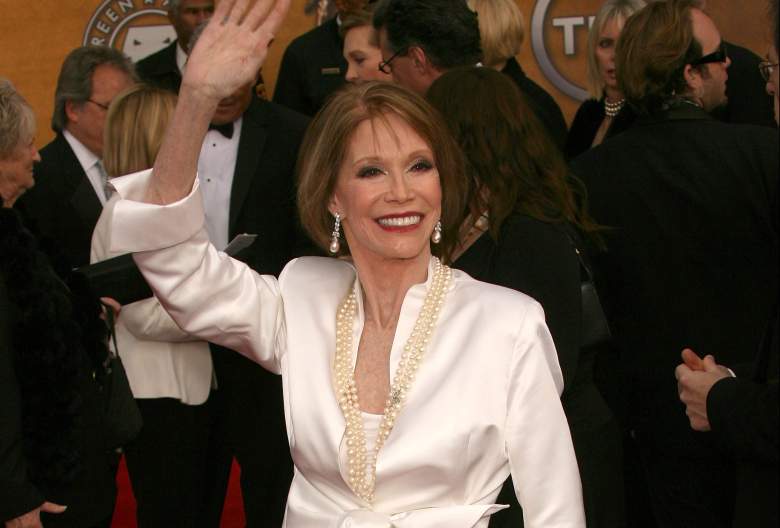 Mary Tyler Moore described Richard Meeker in her book as a “boy next door,” and she’s being quite literal when she says that.

When Moore and Meeker met, Meeker was working as a cranberry sauce sales manager, and he lived in his own apartment nearby Moore’s own home. When they got married, Moore made it a priority for them to move away from her parents.

“…I accepted the invitation to get married on the condition that we move at least four blocks away from my parents,” Moore writes in Growing Up Again. “Now that was an independent step, wasn’t it?” 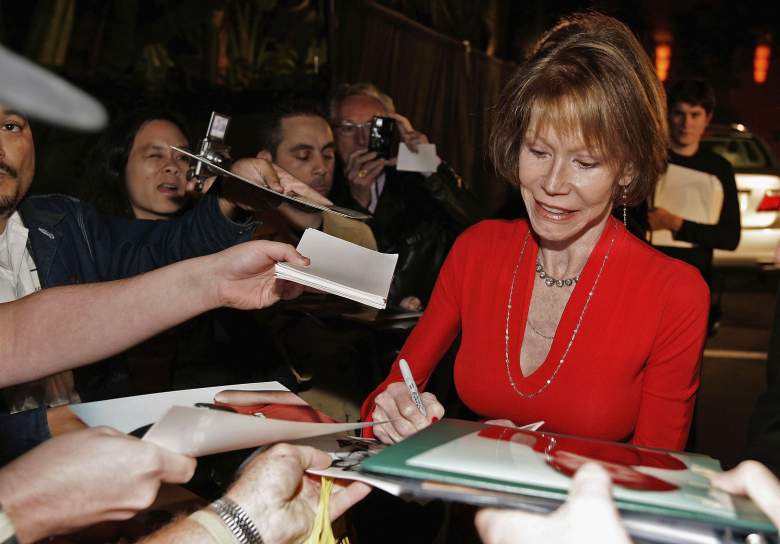 The year after Richard and Mary were married, they had a baby boy.

Richard Meeker Jr. was born on July 3rd, 1956. For the next few years, Moore took a variety of small television roles and eventually landed on The Dick Van Dyke Show. In Growing Up Again, Moore writes that in retrospect, she wishes she had spent more time with her son, saying that work was her main focus during this time.

“If I had to do it over, I wouldn’t have pursued a career while I had a little boy to care for,” she writes. “My heart breaks when I think of the times missed, times with him.”

While speaking to Barbara Walters in 1979, Moore also said, “I think I was as good a mother as I could have been, but I think I was so wrapped up in myself, as you must be at 18, 19. That’s still a very precious, growing period for you, and there I was with a baby who was also demanding full attention. I didn’t get all the enjoyment out of it that I could have.”

Richard was a student at the University of Southern California at the time, and he was also working at CBS. He died of an accidental gunshot wound; he was a gun collector and had been cleaning a shotgun when it went off.

In a 1995 interview with Charlie Rose, Moore said that she can’t imagine a pain more all encompassing than losing a child, adding that she and her son started to grow closer in the years prior to his death.

“The happiness, especially the happiness between us, was growing, was evolving,” she said. “We had two wonderful years together where we understood each other and allowed each other to be who we were. To have had to cut that short is the worst shame.”

Neither Mary Tyler Moore nor Richard Meeker Sr. ever had another child. 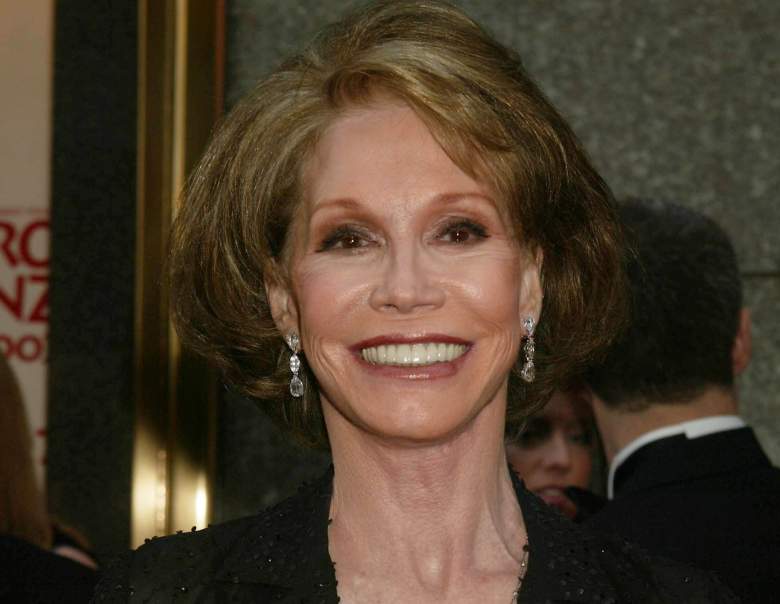 In a 1979 interview with Barbara Walters, Moore said that she rejects the idea that her marriage failed just because it ended in divorce.

“I think even if a marriage worked for four years, five years…if you’re happy during that time, that’s not a time of failure,” she said. “That’s a time of growth, of satisfaction, and having given and taken from one another, and that’s good.”

The same year that Moore and Meeker divorced, Moore started working at The Dick Van Dyke Show. In Growing Up Again, she writes that when she started on the show, she felt financially secure enough that she could probably take care of her child on her own.

“But emotionally, I was not ready to take the helm and be the captain of the HMS Mary Tyler Moore,” she adds.

The following year, then, Moore married Grant Tinker, a CBS executive. This marriage ended in 1981, and in 1983, she married Dr. Robert Levine, who she remained with until her death in 2017. 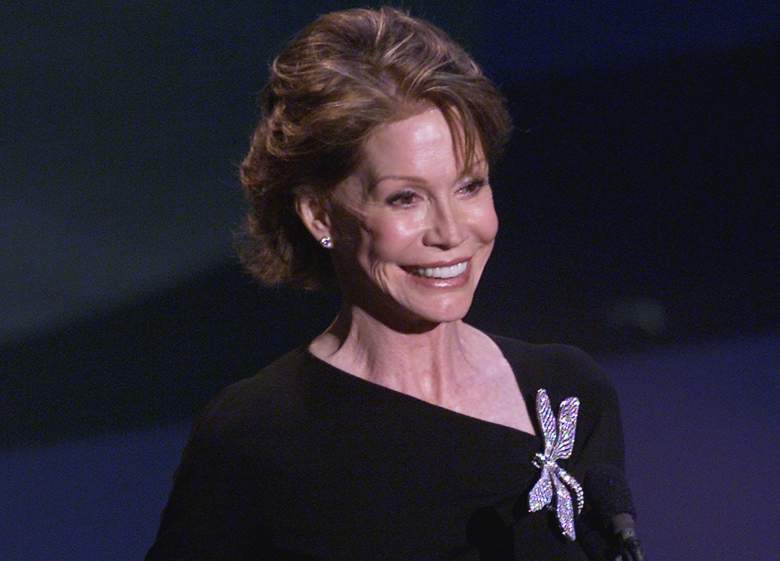 At the time, Meeker was living with his second wife, whom he married in 1968, seven years after his marriage with Mary Tyler Moore ended.

His obituary mentions that he and his second wife traveled in Europe, the South Pacific, Canada, and all throughout the United States.

“He had an adventurous spirit, a zest for life and could always entertain with stories about his exploits,” his obituary in The Sacramento Bee reads.

Loading more stories
wpDiscuz
1
0
Would love your thoughts, please comment.x
()
x
| Reply
Mary Tyler Moore has died at the age of 80. She was married three times, with her first husband being Richard Carleton Meeker.