Ventura, 25, is survived by his wife, Mari Pili Sangiovanni, and three children, along with his mother.

He is also being mourned by his Royals family and the baseball world.

Here’s what you need to know about those who Ventura leaves behind:

1. Ventura Posted Loving Tributes to His Wife & Kids on Facebook

Yordano Ventura posted loving tributes to his wife, Mari Pili Sangiovanni, and children often on his Facebook page, always expressing how he loved them more than anything else in the world.

In a January 2016 post, Ventura captioned a picture in bed with his wife and daughter saying he is grateful for the blessings he has received. Ventura wrote that he and his wife were expecting twins.

In February of that same year, Ventura wrote, “You are my life I love you,” as the caption on a photo with his wife.

It is not clear when he and his wife were married, or how old his children are.

Read more about Yordano Ventura and his family in Spanish at our sister site, Ahora Mismo, at the link below: 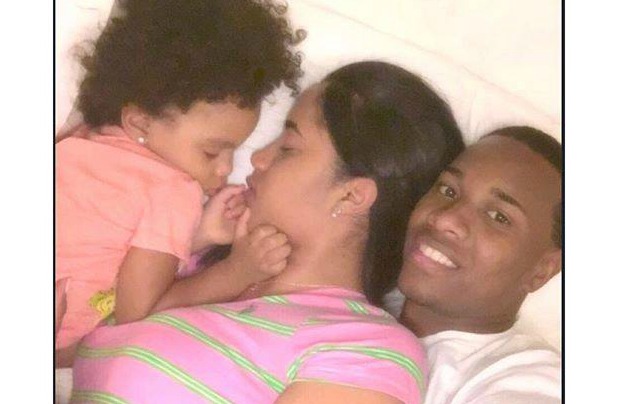 2. He Was Raised by His Mother in the Dominican Republic & Began Playing Baseball at a Young Age

Ventura was raised by his mother in the Dominican Republic. He began playing baseball at a young age and used that skill to escape his impoverished neighborhood. The Kansas City Star traveled to his hometown with him before the 2015 season, to trace his path to MLB stardom. You can watch video from that trip above.

His mother Marisol, told the Star she never expected Ventura to reach the major leagues. But only a few years after he signed a contract with the Royals in 2008, she found herself sitting next to her father at the World Series, watching Ventura pitch.

“I was very full of emotions and very happy,” she told the newspaper.

He was a native of Samaná, Dominican Republic.

Marisol said Ventura “was very calm when he was a baby, when he was 6 years and younger. It was only him and I because his brother lived with his mother and everywhere I went I took him.” 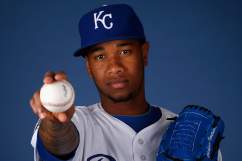 3. He Signed a 5-Year Contract Extension in 2015 So He Could Help His Family & Visit Them More

Ventura with his wife in a photo posted to his Facebook page.

Ventura focused on his family when he decided to sign a long-term contract to stay with the Kansas City Royals in 2015.

He signed a five-year contract extension with the Royals for $23 million in April of that year, the Kansas City Star reported.

Ventura said at the time the contract offered him the stability and flexibility to go back to the Dominican Republic to see his family and help them out, according to the Star.

“It has a lot to do with my family and the ability to get back and help out,” Ventura said during a press conference. “This is a situation that allows me to do that and now I want to continue to pitch well, stay health and be able to play well during the contract.”

Ventura, whose fastball reached over 100 miles per hour, joined the Royals organization as an amateur free agent in 2008, and made his MLB debut in 2013. 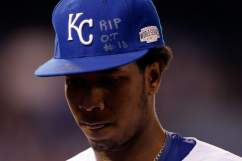 4. Members of His Royals Family, Including His Teammates, Have Posted Heartbreaking Tributes on Social Media After His Death

Ventura was a beloved member of his team and is being mourned by members of the Kansas City Royals family. Tributes to him flooded in on social media, many using his nickname, Ace:

"Yordano had a great gift. He was a tremendous athlete who wouldn't back down. He's a huge part of the history of the Royals." -GMDM #RIPAce

When you scroll down and your whole newsfeed is talking about your brother. The impact the energy you brought to our team. #GoneTooSoon #ACE

We lost a great one today. Hard to believe he's actually gone. You will be greatly missed, Ace pic.twitter.com/mJJoav3Xgg

Gone way to soon. You will forever be my brother. My prayers are with you and your family. May you rest with the Lord now. #ripACE pic.twitter.com/IMa7jJw7dv

I love you Ace. I don't know what to say other then I'm going to miss you a lot. RIP ACE. 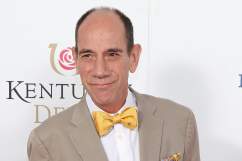 5. He Was Killed When His Truck Rolled Over on a Curvy Road in the Dominican While Visiting Family

A photo posted to Twitter Colonel Jacobo Mateo Moquete, director of communications for the police in the Dominican Republic, shows the crash scene. (Twitter)

Few details of the fatal crash have been released. Ventura was the lone person in his car when he crashed on the Juan Adrián highway in San Jose de Ocoa, Colonel Jacobo Mateo Moquete, director of communications for the police in the Dominican Republic, said on Twitter.

Photos posted to Twitter by the police spokesman, including one you can see above, show a white and blue truck on its side along a curve in the highway.

The crash remains under investigation. Authorities said Ventura’s body was taken to Santiago for an autopsy and would be returned to his family for his funeral and burial.

Plans for his funeral and any memorials in the United States have not yet been announced. 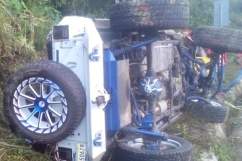 Loading more stories
wpDiscuz
0
0
Would love your thoughts, please comment.x
()
x
| Reply
Yordano Ventura, the Royals star pitcher, has died at 25 in a car crash. He is survived by his wife, children and mother. Learn more about his family here.