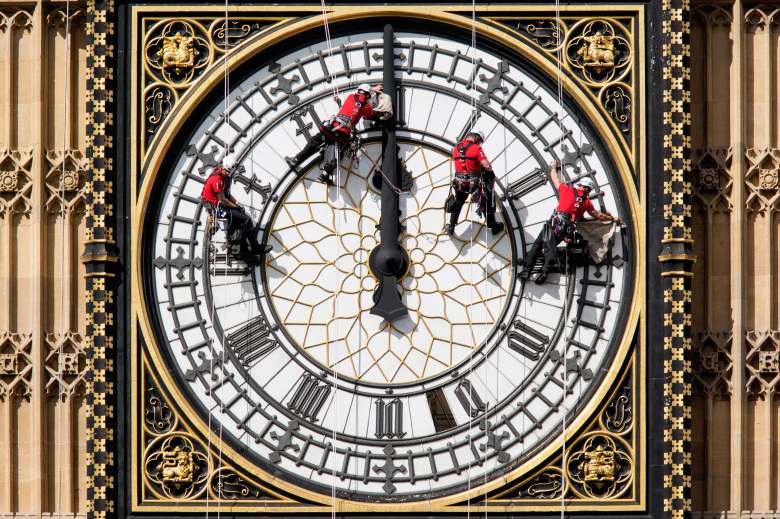 February 28, 2017 is the last day of the month this year, because there is no February 29, 2017. This year is not a leap year and we don’t have another one until 2020, which gives us the next February 29. Leap years aren’t that uncommon, since they happen every four years, and the reason we have them is pretty simple. We just have to make up for lost time our 365-day calendars.

Here’s a look at leap days and why we don’t have one this year.

Why does leap day come around every 4 years?Surrounded in history and superstition, February 29 only comes once every four years— and we have one Monday. Here are a few facts about leap day. Bachelor’s Day In Ireland, February 29 is Bachelor's Day – a traditional holiday when women propose to men. Scotland began the tradition in 1288 by passing a law permitting…2016-02-29T19:32:07.000Z

As InfoPlease explains, the leap years are needed to make sure the Gregorian calendar works because the actual time it takes for the earth to go around the sun is not exactly 365 days. It takes exactly 365 days, 5 hours, 48 minutes, and 46 seconds. Since we don’t mark “quarter days” on our calendars, we have to make up that lost 5 hours and 48 minutes with an extra day in February every four years.

The Ancient Egyptians did try to introduce the idea of a “leap year,” but it wasn’t implemented well. In 25 BCE, Roman Emperor Augustus was more successful, and that’s where the idea of February 29 being “Leap Day” came into play.

Why Is There a Leap Day? 5 Fast Facts You Need to Know

2. There Are Some Leap Years Without a ‘Leap Day’

The Leap Year as Explained by Neil deGrasse Tyson | StarTalkNeil deGrasse Tyson explains the logic behind the leap year, with a brief history in calendars as well. ➡ Subscribe: bit.ly/NatGeoSubscribe ➡ Watch all clips of StarTalk here: bit.ly/WatchStarTalk ➡ Get More StarTalk: on.natgeo.com/2lUqxTT About StarTalk: Host Neil deGrasse Tyson brings together celebrities, scientists and comedians to explore a variety of cosmic topics and collide…2016-02-27T14:00:01.000Z

To make things more confusing, there are actually Leap Years that do not include Leap Days. This is because the real length of the solar year is 11 minutes and 14 seconds left than 365 and a quarter days.

3. If You’re Born on a February 29, Your Birthday is Considered March 1 in Some States

While it might sound fun to be born on the Leap Day, it does have its complications. Individual states get to decide if March 1 is your real birthday and many do. According to The Atlantic, there are at least 187,000 people in the U.S. who were born on February 29. The odds of being born on that day are 10in-1,461.

4. Lunisolar Calendars Have Leap Months Instead of Just 1 Day

In the Hebrew calendar, the extra month is called “Adar Alef” and is added before the month Adar. On the leap year Hebrew calendar, Adar is renamed Adar Bet (or “Second Adar”). The month is added seven times every 19 years. That way, Passover is always in the spring, as the Torah requires.

What Is a Leap Year?You probably know that 2012 is a leap year. And that means that this year we get an extra day on February 29th. Great–an extra day. Who really cares? Well, leaplings (people born on Leap Year Day of a previous year) care, because they finally get to celebrate their actual birthday. But for the rest…2012-02-22T21:05:50.000Z

Yes, one year, there was a real February 30. It was celebrated in Sweden in 1712, when Finland was part of the country.

It wasn’t until 1700 that Sweden and Finland officially switched from the Julian Calendar to the Gregorian Calendar. The Swedish Empire decided to not mark any leap days between 1700 and 1740. However, they marked the leap days in 1704 and 1708. So in 1712, they reinstated the Julian calendar for a year. It was already a leap year in the Gregorian calendar, but they added another day, creating February 30. Sweden finally finished converting to the Gregorian calendar in 1753, when they dropped the last 11 days of February.

In 1930 and 1931, the Soviet Union had a February 30 on the revolutionary calendar, which had five-day weeks. Although the calendar was in existence until 1940, there was evidence that people still used the Gregorian Calendar during this time.

Read More
5 Fast Facts, Holidays
February 28, 2017 is the last day of the month. Find out when's the next February 29, or Leap Day, and why we need them in the first place.