Nick Cannon has had a rough stretch as of late, as he announced he would be leaving his position as host for the reality show America’s Got Talent. Now, Cannon is going after The National Enquirer after they announced their plans to publish an article on the multi-talented entertainer. The publication’s statement reports that “Nick Cannon suffered a nervous breakdown and his erratic behavior has given ex-wife Mariah Carey little choice but to petition for custody of their children.”

Cannon didn’t take too kindly to the announcement, and criticized the Enquirer on Instagram, deeming the article to be nothing more than “MORE LIES!!” The Wild ‘N Out star also went on to say:” “So the Enquirer wants to play around with my children. Only Evil operates in this manner. What is the purpose? Except to exemplify pure immoral wickedness. If you report these lies expect a slander and defamation lawsuit. Look everyone, see how the media is trying to break a King? It’s all good though, I’m a warrior! I was built for this!”

Cannon continued in this vein, closing his lengthy post out by writing “No weapon formed against me shall prosper! I receive help through prayer and patience!” 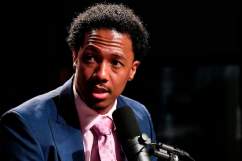 Nick Cannon’s Net Worth: 5 Fast Facts You Need to Know