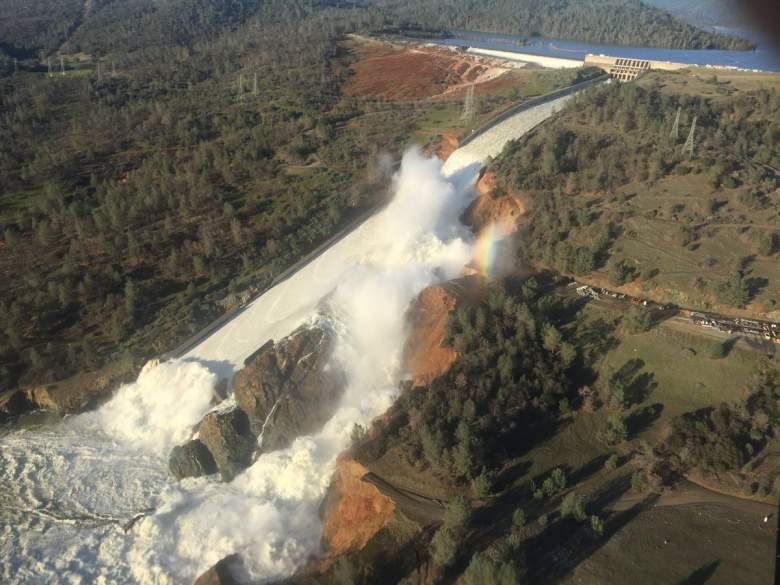 At least 188,000 people were evacuated after an order was given by the Butte County Sheriff’s Department on February 12 to leave the area following an emergency situation with the Oroville Dam in Oroville, California.

The evacuation was issued due to a dire situation at the dam — the tallest one in the United States — and its emergency spillway.

During a standard flood control release, a crater was found in the infrastructure of the spillway. The initial hole continued to grow until it was massive in size, the San Francisco Chronicle reported. The hole had grown to about 45-feet deep, 300-feet wide and 500-feet long.

Because of the crater, officials prepared the emergency spillway to be used for the first time in the dam’s history. The flow of water proved to be too much for the “auxiliary” spillway to handle, though, and water began spewing over the dam.

The danger of the impending flooding led to the evacuation notice as plans to patch the hole and resolve the situation were devised.

In the second of two press conferences Sunday night, the Department of Water Resources in California updated the situation and said that it appears to be under control.

Officials said the water level of Lake Oroville has been reduced and the water flow over the emergency spillway stopped at 8:45 p.m. Pacific.

Another press conference was held by the department earlier Sunday by the department and it posted on its Facebook page that an evacuation center has been set up at the Silver Dollar Fairgrounds in nearby Chico.

At the first press conference, Sheriff Kory Honea said the flow of Oroville Dam’s “auxiliary spillway” has decreased, and erosion hasn’t progressed as quickly as first feared. He said that a plan is currently being talked about to fill the hole and repair the spillway.

That plan, as the DWD said, is to use helicopters to fill the hole with rocks.

Loading more stories
wpDiscuz
22
0
Would love your thoughts, please comment.x
()
x
| Reply
At least 188,000 people were evacuated around Oroville Dam on February 12 because of an overflow of its emergency spillway. What caused the incident?