Holi, a Hindu spring festival, is being celebrated with a Google Doodle on March 13, 2017.

“Today, the Google letters are taking on a fresh set of colors in honor of the Holi festival,” Google says. “Coinciding with the arrival of spring, the vibrant celebration looks a lot like the Doodle: people run around happily covering each other in a rainbow of powdery hues.”

The festival began in India and Nepal, and has since spread around the world.

1. The Festival Celebrates the Triumph of Good Over Evil

“Holi is not just limited to colors. It is true that Holi is a Festival of Colors but in its roots, this festival celebrates the spirit of victory of good over evil. It reflects the ancient Hindu religious belief that unadulterated faith and devotion to the almighty leads to salvation that can be attained by everyone,” according to 10 Year Itch.

“The festival has a mythological and religious base that ties the celebration of the festival with its unique concept despite the fact that different places may have different traditions for celebrating it. What makes Holi unique in India is its spirit of joy and brotherhood, its unique expression of love and its mesmerizing colors which manage to wipe out the demarcating lines between people.”

2. People Throw Colored Powder & Water on Each Other in the Streets Before Spending Time With Their Families

Hindu devotees play with color during Holi celebrations at the Banke Bihari temple on March 27, 2013 in Vrindavan, India. (Getty)

During the Holi festival street celebrations, people throw colored powder and water onto each other in joyous celebration, according to holifestival.org.

“The colorful festival bridges the social gap and renew sweet relationships. On this day, people hug and wish each other ‘Happy Holi,’ the website says. ” People rub ‘gulal’ and ‘abeer’ on each others’ faces and cheer up saying, “bura na maano Holi hai”. Holi also gives a wonderful chance to send blessings and love to dear ones wrapped in a special Holi gifts.”

Like many holidays, Holi is also about spending time with loved ones.

“Amid the cloud of red, blue, yellow, green, and everything in between, festival-goers can often be found laughing, singing, and dancing in the streets. The joyous event, which takes place in India, Nepal, and other countries around the world, traditionally marks the triumph of good over evil,” Google says. “It also gives family and friends a chance to simply come together, enjoying a spirited ‘Festival of Colors’ that undoubtedly lives up to its name.”

3. The Festival Starts With the Burning of Holika, the Devil, in a Pyre on Holi Eve

An Indian child is held next to a burning traditional “Holika” made out of cakes of cow dung and coconuts in Ahmedabad on March 12, 2017. Holika symbolizes the triumph of good over evil, with Hindu devotees lighting a bonfire on the night before the Holi festival. (Getty)

Before the colorful street festivals on the day of Holi, the Holika Dahan occurs the night before. On Holi eve, the Holika, the devil, is burned in a pyre, according to holifestival.org.

According to Hindu tradition, the bonfire celebrates the death of Holika, according to the Holi website:

There was once a demon king by the name of Hiranyakashyap who won over the kingdom of earth. He was so egoistic that he commanded everybody in his kingdom to worship only him. But to his great disappointment, his son, Prahlad became an ardent devotee of Lord Naarayana and refused to worship his father.

Hiranyakashyap tried several ways to kill his son Prahlad but Lord Vishnu saved him every time. Finally, he asked his sister, Holika to enter a blazing fire with Prahlad in her lap. For, Hiranyakashyap knew that Holika had a boon, whereby, she could enter the fire unscathed.

Treacherously, Holika coaxed young Prahlad to sit in her lap and she herself took her seat in a blazing fire. The legend has it that Holika had to pay the price of her sinister desire by her life. Holika was not aware that the boon worked only when she entered the fire alone.

Prahlad, who kept chanting the name of Lord Naarayana all this while, came out unharmed, as the lord blessed him for his extreme devotion.

Thus, Holi derives its name from Holika. And, is celebrated as a festival of victory of good over evil.

Holi is also celebrated as the triumph of a devotee. As the legend depicts that anybody, howsoever strong, cannot harm a true devotee. And, those who dare torture a true devotee of god shall be reduced to ashes.

Traditionally, families would contribute one or two pieces of wood to the bonfire for the Holi eve pyre.

4. Holi Is Celebrated Near the Spring Equinox, Usually in March, but Sometimes in February

The date when Holi celebrates changes from year to year, like other holidays, because it is based on a lunar calendar.

On the Gregorian calendar Holi typically comes in March but sometimes late February. The holiday occurs on the full moon before the spring (or vernal) equinox.

5. The Festival Has Spread Beyond India & Nepal to Other Parts of the World

People throw brightly colored powder at the Holi One festival at Wembley Park on August 2, 2014 in London, England. (Getty)

The Holi festival has spread beyond India and Nepal to several other communities around the world.

Events were held in the United States, Australia and in several other countries.

“We want to use the festival and the springtime idea as a metaphor for transformation … throwing off of the old and accepting the new,” said Das, a priest at the Sri Sri Radha Krishna Temple in Spanish Fork, Utah, told the Los Angeles Times.

He said the festival bridges “the gap between East and West.” His two-day event drew 37,000 people last year. It will be held March 25 and 26 this year.

“There are no drugs, no alcohol, and the celebration of the spirit resonates with them,” Das told the Times.

In London, a Holi festival, which also features music and other events, is held in the summer, several months after the Hindu holiday. 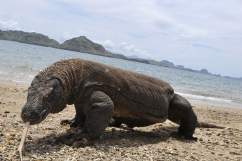 Read More
5 Fast Facts, Breaking News, Google Doodle
Holi is being celebrated by Google with a Doodle. Here's what you need to know about the Hindu spring festival.