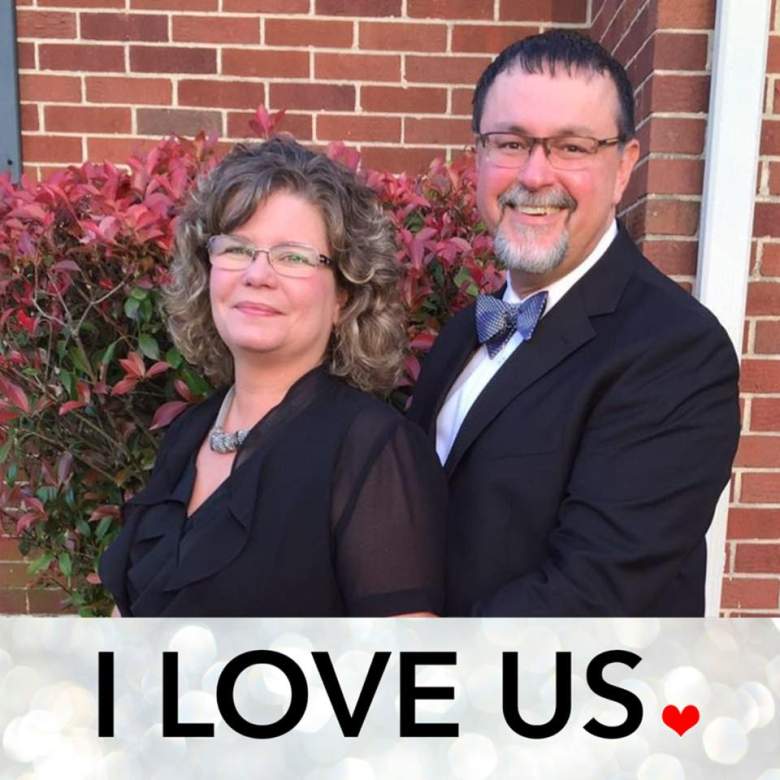 The Facebook page that Tad Cummins shared with his wife, Jill, contains this photo with the words “I love us” that was posted on Valentine’s Day. (Facebook)

The wife of the teacher who is on the run with his teenage student has publicly urged her husband to turn himself in.

Jill Cummins has been married to Tad Cummins since 1985, and she’s also a Maury County school employee. Tad Cummins, 50, is accused of abducting high school freshman, Elizabeth Thomas, 15, with whom he’s suspected of having a romantic relationship.
According to WKRN, Jill Cummins has now filed for divorce and is accusing her husband of being “guilty of inappropriate marital conduct.”

MEDIA: We are planning for an afternoon news conference. Details will be announced as soon as possible. pic.twitter.com/Tw7IKNWZ38

Authorities have issued an Amber Alert in their quest to find Thomas, but the teacher and student vanished March 13. There was a confirmed sighting of Tad Cummins and Thomas at a Walmart in Oklahoma City two days after they vanished, but the pair have not been seen since.

1. Jill Cummins Pleaded With Her Husband to ‘Bring Beth Home’

Tad Cummins’ wife appeared at a press conference on March 17 along with the family’s pastor to urge her husband to bring Thomas back. Authorities said she wanted to give a statement but would not take questions, and they said they wanted “Tad to hear directly from her.”

“Like so many of you, I’m deeply troubled by what’s happened in the past few days,” Jill said. “I certainly can’t begin to explain why I think this occurred, but I do know one thing. I had no idea my husband was involved in anything that could have led to all of this. My heart breaks for the family of Beth Thomas. I want her home just as much as the rest of you, and I’m also very worried about Tad.”

She then said she wanted to speak directly to her husband.

“Tad, this is not you. This is not who you are. We can help you get through this. No matter how far you’ve gone and what’s happening right now, God’s grace is sufficient for you, and He wants you to come home. Your family wants their Poppy back. Please do the right thing, and turn yourself into the police and bring Beth home. To those of you in the media, thank you for helping to spread the word. Help us to get this message out as far as we can because we need help to find Tad and Beth and to bring them home safely.”

On March 26, Cummins’ wife pleaded a second time for him to come home, saying to NBC News, “You know you can’t hide forever. For your sake and for Beth’s sake, please go to the police or please just drop Beth off somewhere safe.” 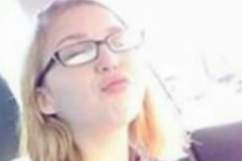 2. Neighbors Described Tad Cummins as Devoted to His Family & Jill Also Works for the School System 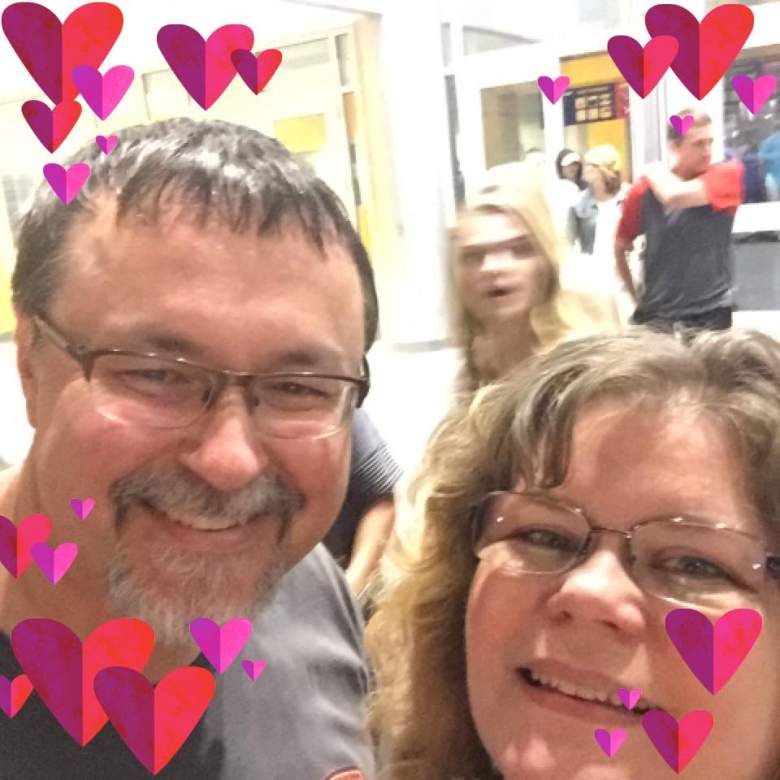 Jill Cummins also works for the Maury County school system, where her husband was a health teacher, reported the Columbia Daily Herald. Tad and Jill Cummins lived in Columbia, Tennessee.

Jill Cummins works in the central office, according to the district’s Facebook page. Her Twitter profile describes her as “Maury County Schools Administrative Assistant in Dept. of Instruction.”

Neighbors expressed surprise at the direction Cummins has taken.

WHNT News 19 quoted a neighbor as saying of Cummins: “[He’s] very dedicated to his family, appeared to be very respectful, to everyone.” Another neighbor told the television station: “It was a surprise because he’s such an honest man. You know we always thought he was a down to earth guy. He’s always helped my elderly grandparents over here if they needed help.”

3. Tad & Jill Cummins Posted Many Pictures of Themselves Together 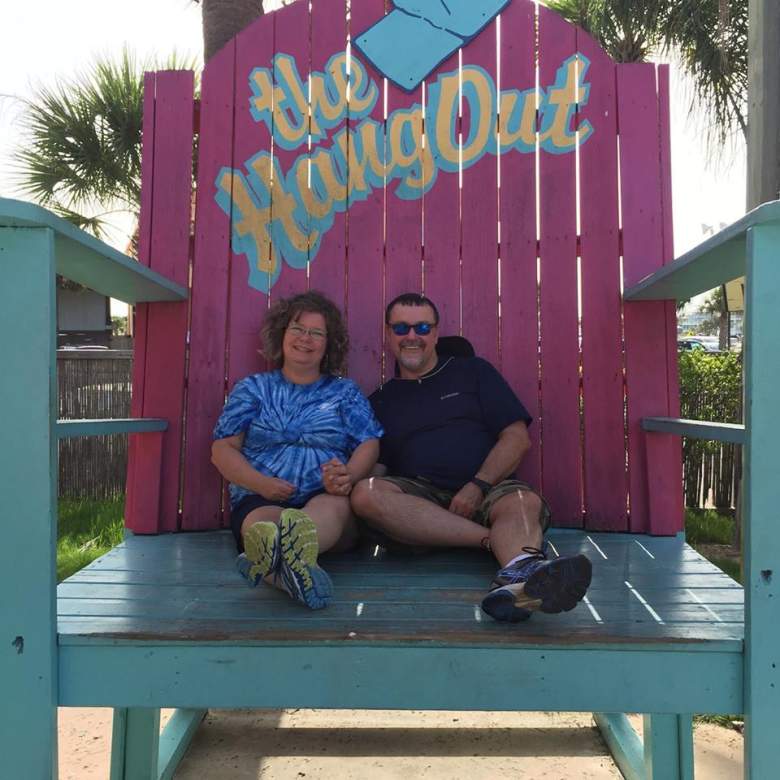 Before he disappeared, the joint Facebook page that Jill and Tad shared posted many photos of them together, sometimes with love sayings.

The page’s profile page is now a Bible verse.

The public photos on the page now showcase the couple’s grandchildren and dog. In 2012, Cummins posted a photo on Twitter of his 4-year-old grandson setting up a chessboard and eating carrots.

Cummins is described in the Amber Alert as a “white male, 6’0”, 200 pounds, brown hair and eyes. He is believed to be armed with two handguns and driving a Silver Nissan Rogue, TN tag, 976ZPT. A warrant has been issued for Cummins for Sexual Contact with a Minor.”

The alert says Thomas “is white, blonde hair, hazel eyes, 5’5” and 120 pounds, last seen wearing a flannel shirt and black leggings. She may be in the area of Decatur Alabama.”

The couple’s Facebook page says they were married on July 20, 1985. They have several children and grandchildren, according to Facebook. Tad Cummins is accused of kissing Thomas in front of one of his grandchildren.

According to The Columbia Daily Herald, another student walked in on Cummins and Thomas kissing in a classroom. “Cummins and Thomas were sitting side by side in chairs and kissed on the lips as the grandchild, who also attends Culleoka, was using one of the classroom’s computers,” the newspaper reported.

Anthony Thomas. the father of missing teen Elizabeth Thomas, shared this photo of his daughter on Twitter. He wrote, “Izzy! Please come home to us! I can’t live without you!!!????” (Twitter)

According to the newspaper, the witness confronted Cummins about the situation, and “he told her they had a daughter-father relationship. They went to church together every Sunday with Tad’s wife. He said he wanted to reassure Beth that no matter how rough her life has been, he was there for her.”

A neighbor told The Tennessean that Tad Cummins took the family car, leaving behind a jeep that his wife can’t drive because she doesn’t know how to drive a stick.

5. Tad Cummins & the Teen Posted About Love on Social Media

According to NBC News, before disappearing, Cummins was suspended after defying orders not to have Thomas in his classroom. He has since been fired. The school has defended itself and released a timeline of how it all unfolded. The bottom line is that there were questions about Tad Cummins’ relationship with Thomas for several weeks before he disappeared.

Before he disappeared with the teen on March 13, Cummins looked up information on teen marriage, NBC News reported. Thomas changed her Instagram profile to “wife.” The teen’s social media posts alternated between posts about love and those of self loathing, including posts about depression and wanting to die. Tad Cummins posted many graphics with sayings about love on Instagram.

Cummins is accused of grooming the teen, who was home schooled until this year and suffered abuse in the home.

A low number of tips might mean that he is having Thomas sleep in his car or otherwise keeping her out of the public eye, according to TBI. “She’s a high school freshman. He was a teacher accused of kidnapping her. Let’s find her now,” the Tennessee Bureau of Investigation wrote.