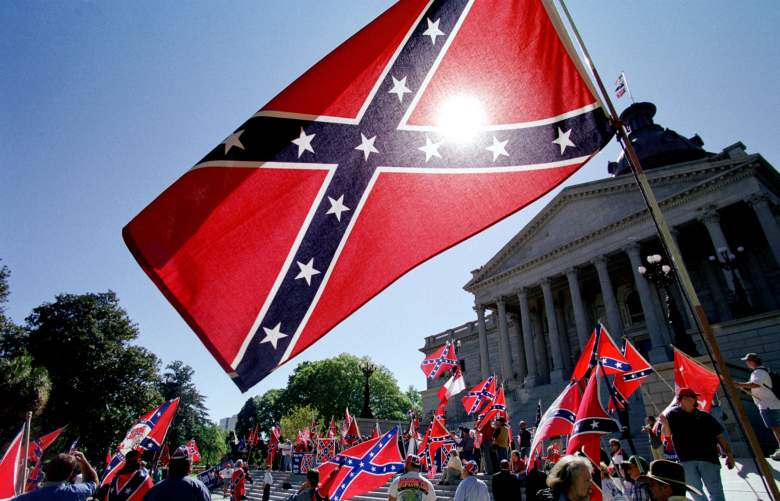 Georgia residents Jose Ismael Torres and Kayla Rae Norton were sentenced to lengthy prison terms February 26 for their participation in a two-day-long series of hate crimes that terrorized minorities throughout Douglas and Paulding counties in July 2015, one month after white supremacist (and Confederate battle flag admirer) Dylann Roof murdered nine African-American churchgoers in Charleston, South Carolina, in hopes of starting a race war.

Roof’s murders inspired South Carolina to finally take down the Confederate flag that had flown on its statehouse grounds since the Civil Rights Era – and this, in turn, inspired Norton, Torres and just over a dozen other members of a group called “Respect The Flag” to spend July 24 and 25 driving through majority-minority neighborhoods in a convoy of pickup trucks festooned with Confederate flags.

During the course of what authorities called a “drunken rampage” which inspired a flurry of 911 calls from witnesses along their route, the group shouted racist epithets and pointed guns at black drivers, and harassed black customers at a Paulding County Wal-Mart and a nearby convenience store. The trip ended at the Douglasville home of Melissa Alford, who was hosting an outdoor birthday party for her black 8-year-old grandson.

At the time, Alford said that members of the convoy interrupted the child’s party with threats of violence and racial epithets.

On February 26, Superior Court Judge William McClain sentenced Torres to 13 years in prison, and Norton to six. After their release, the two are permanently banned from Douglas County. Torres and Norton have three children together, although they are not married.

Here’s what you need to know about Torres, Norton and the results of their recent trial:

1. The Confederate Flags Are not Why They Were Sent to Prison 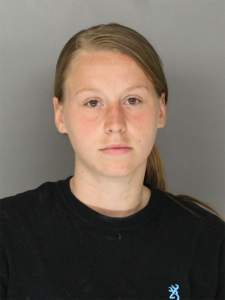 Despite the many news articles with such misleading headlines as “Couple sentenced to prison for disrupting birthday party with Confederate flags,” Douglasville District Attorney Brian Fortner specified, in a statement posted on the Douglas County District Attorney’s Office Facebook page, that the flags had nothing to do with the legal penalties doled out to Torres, Norton or other members of the Respect the Flag group.

“I would never allow someone to be prosecuted for exercising his or her First Amendment right to fly whatever flag they choose, regardless of anyone’s personal feelings about it,” Fortner wrote. “Instead, this case was about a group of people riding around our community, drinking alcohol, harassing and intimidating our citizens because of the color of their skin.” Fortner’s statement went on to say that at the child’s birthday party, members of Respect The Flag “pulled out a shotgun and pointed it at the victims. They used racial slurs and threatened to kill some of the party goers. They even threatened to kill children at the party. I will simply not tolerate this type of behavior in our community.”

Torres and Norton were sentenced on one count each of making terroristic threats and violating Georgia’s street gang act; Torres was also convicted of three counts of aggravated assault with a deadly weapon. Other members of Respect the Flag pleaded guilty and received lesser sentences.

2. Statements on the Defendants’ Own Social Media Accounts Helped Convict Them

After Torres and Norton were convicted, the Douglas County District Attorney’s office said on its Facebook page that “Following a review of over 10,000 pages of Facebook documents, law enforcement was able to locate numerous posts and messages indicating that members of the group were white supremacists who discussed attending KKK rallies, joining Skinheads Nation, and making numerous derogatory remarks about African Americans as a whole.”

Norton’s Facebook posts also indicated that after the rampage, she spent a lot of time and effort on what the DA called a “wide sweeping attempt” to get all members of the Respect The Flag group to coordinate their stories, lie to the media about what happened, and cover up her role in retrieving the shotgun from Torres’ truck, loading it, and giving it to him just before the confrontation with guests at the birthday party.

Also on Facebook, Norton promised not to “snitch” on Torres or anyone else involved in the two-day spree.

3. The Judge Criticized Douglasville Police For Not Arresting Anybody at the Birthday Party

Despite the multiple 911 calls inspired by Respect The Flag’s actions, when Douglasville police arrived at the child’s birthday party they did not make any arrests. At least two witnesses to the confrontation recorded the incident on their cellphone cameras and posted the footage online.

The video posted above showed police officers holding back the mostly black party guests while the parade of Confederate flag trucks drove past.

Two days after the party, on July 27, 2015, the Atlanta Journal-Constitution reported that authorities were investigating the videos to determine if anything illegal happened.

At the time, Douglasville police said in an emailed statement that “Officers on scene were given conflicting statements as to what led up to the confrontation.” Levi Bush, a Respect The Flag member who drove one of the pickup trucks, initially blamed party-goers for instigating the encounter. Not until the following October, almost three months later, were members of Respect The Flag indicted for their activities in July.

But on the day Judge McClain passed sentence on Torres and Norton, he openly questioned why the Douglasville PD did not arrest any members of Respect The Flag at the birthday party, calling their inaction “inexplicable” and “a very bad mistake.” The Atlanta Journal-Constitution reports that McClain told the couple that he didn’t understand “Why you weren’t arrested that day but [were] allowed to drive off in the protection of the authorities.”

Douglasville’s population is 35 percent white and almost 60 percent black. The majority of police officers visible in the initial birthday-party cellphone video were white.

After Torres and Norton’s sentencing, Douglasville police defended their delayed response in a statement saying that “Because of the seriousness of this case to our community, we wanted to get this case right the first time. Officers and supervisors at the scene determined that it was prudent to get both sides of the story and gather more evidence, rather than making hasty decisions that ultimately could have jeopardized the case. The decision to conduct a rigorous investigation led to a successful outcome that best served our community.”

Despite – or perhaps because of – the Douglasville PD’s initial reluctance to arrest any Respect The Flag members, the Southern Poverty Law Center launched an investigation almost immediately after the July 2015 incident. That October, after a grand jury handed down indictments, the SPLC took partial credit for this, noting that it “turned over videos and other evidence to Douglasville District Attorney Brian K. Fortner. SPLC attorneys also brought witnesses to the prosecutor and have been representing some of the people at the party.”

The SPLC report included details most media sources omitted, including the exact threats and epithets Respect The Flag members allegedly shouted at party-goers. “According to the witnesses, a few people yelled ‘f–k y’all n—s’ and ‘shoot ‘em.’ When someone from the party said, ‘There are kids here,’ a person from the convoy yelled, ‘We’ll shoot those bastards, too.’”

The SPLC also reported that after the party (but long before the grand jury indictments), a Respect The Flag sympathizer posted on Facebook that “Trust me the last thing you want is a bunch of pissed off rednecks in jacked up trucks and Confederate flags flying to mess up that pretty lawn…. Keep f—g with our flag!!!!!!!”

5. Party Guests Offered Forgiveness to Torres and Norton at Their Sentencing Hearing 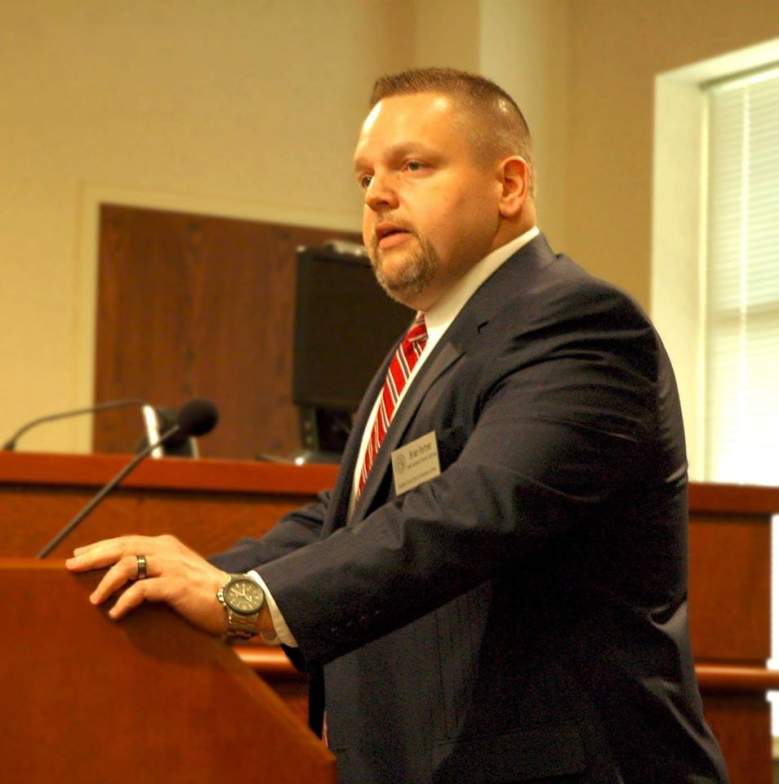 Jose Torres did not address the court or any courtroom witnesses during his sentencing hearing, but Kayla Norton did speak to birthday-party guests who were in court that day.

Despite her earlier social-media attempts to cover up her actions and those of other Respect The Flag members during their two-day spree culminating at the birthday party, Norton told party-goers, according to Fox 5 Atlanta, that “What happened to you was horrible. Mother-to-mother, I can’t imagine what it was like to explain what that word means to a child. I accept responsibility for what I did, but that was not me.” WSB-TV’s coverage also quoted Norton as saying, “The worst decision I’ve ever made in my life was to not walk away when I had the chance. That is not me. That is not me. That is not him. I would never walk up to you and say those words to you and I am so sorry that happened to you.”

Prosecutors said Norton was not one of the people who pointed guns at party-goers, but did shout threats and racial epithets. At the sentencing hearing, Assistant DA David Emadi told the judge that “They repeatedly yelled death threats saying they were going to killing all the N—-. They said, ‘We’ll blow the heads off all the little b—— and the little n—– can get one too.”

But at Torres and Norton’s sentencing, party-goers accepted Norton’s apology and offered forgiveness. Fox 5 Atlanta reported that Hyesha Bryant, who was at the party with her three children, said “We all have to be held accountable for our actions. I forgive you. I forgive all of you. I am not a mean spirited person and I’m sorry for your family that it had to come this far.” 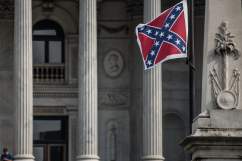 When Will South Carolina Take Down the Confederate Flag?