Bob Owens, who was an icon in the pro Second Amendment community, has died suddenly, shocking friends and fans who flooded social media to remember him.

Owens was the co-editor of BearingArms.com, a website devoted to gun rights. As such, and through his earlier work with conservative blogs, Owens developed a strong following of people who appreciated his fervent support for the Constitution.

A spokeswoman for the Police Department in Fuquay-Varina, North Carolina, told Heavy on May 9 that Owens’ death “is under investigation as a suicide.” Later in the day, the medical examiner’s report was completed, and police said, “The cause of death in this case has been ruled suicide through means of self-inflicted gunshot wound to the head.”

Owens was found dead around 11 a.m. near a stop sign outside his subdivision in Fuquay-Varina, which is located near Raleigh, North Carolina. Police said in a statement: “FVPD received a report at 10:54 a.m. this morning regarding an injured male, possibly injured through self-inflicted injury, at the corner of Sequoia Ridge Drive at S. Judd Parkway near a stop sign. Upon arrival, officers located a male, deceased. A firearm was located in close proximity to the male. Officers secured the scene, blocking off traffic. The Medical Examiner’s Office and CCBI were contacted to assist with the investigation. This is an ongoing investigation by the Fuquay-Varina Police Department and we will await the medical examiner’s report as to the official cause of death.”

According to The Washington Post, Owens died on Monday May 9 “in an apparent suicide.”

Owens left a cryptic and tragic last Facebook message right before the death:

His wife, Christine, has now added her own heart-breaking comment under it. It reads, “Bob love you were nothing but a wonderful husband, loving father and giving friend. You always did what you thought was right even though it was not the popular thing to do. You were never a coward, or selfish just hurting. I Love you baby, you were my world.”

Other friends and fans filled his page and social media with tributes.

“Thank you for fighting for all Americans during the time it was needed most. I will Pray for you,” wrote one supporter on his Facebook page.

Owens’ Facebook page says he was Editor at BearingArms.com, lived in Raleigh, North Carolina, and was from Greenville, North Carolina. “The 2A community has lost a good one. Prayers Bob that you’ve finally found peace, and prayers for those you left behind,” wrote one of the many people who commented on his Facebook post. Wrote another: “A man who gave as good as he got, and a staunch defender of our 2A rights. Sincere hopes that he has found peace. Thoughts and prayers to his family, friends & loved ones.”

His death was confirmed by his co-editor on Facebook, among other writers. She wrote on BearingArms.com, “Yesterday morning, just before 11 a.m., Bob Owens’ life came to a tragic end.” A GoFundMe site has been started to raise money to help his wife and two daughters, who are ages 9 and 17. It’s called “Bob Owens Family & College Fund,” and says, “We’re at a loss for words right now, but we’re heartbroken and praying for his family. We’d like to show our love and appreciation for Bob. It’s too late to tell him face-to-face, but I hope he can see now how much we thought of him in our outpouring of support for his family.”

According to WNCN-TV in North Carolina, Robert Eugene Owens, 46, of Fuquay-Varina, “was found dead of a possibly-self-inflicted gunshot wound to his head Monday morning on a street corner in Fuquay-Varina.” That community is about 16 miles from Raleigh.

The television station added that police said Owens “might have inflicted the injury on himself, but stopped short of saying that was definitely the case.” The News Observer quoted a police spokeswoman as saying, “Police are trying to determine if the death was the result of foul play or a suicide.” However, the police spokeswoman told Heavy on May 9 that the death was being investigated as a possible suicide.

WNCN-TV continued: “The body was found just before 11 a.m. near the intersection of Sequoia Ridge Drive and Judd Parkway, near a stop sign, authorities said. A firearm was found near the man’s body.”

Owens’ Facebook status was posted almost exactly at that time.

According to The News Observer, the body “was found on the sidewalk at the entrance of a subdivision late Monday morning.”

A neighbor whose address lists to Fuquay Varina wrote on Owens’ Facebook thread under his last message, “You don’t know us but we are one of your many neighbors who saw you today and are so incredibly sad that your (sic) felt you couldn’t reach out for help. I weep for your children and wife and entire family whose lives are forever changed and have to endure such horrible pain and loss.”

Wrote a relative, Eugene Owens, on the thread: “It is a major shame that you had difficulty understanding how much you have been and always will be loved.”

Fellow writer Daniel Zimmerman, of The Truth About Guns.com, wrote of Owens, “He was a dedicated hoplophile, an avid shooter and a fierce supporter of the right to keep and bear arms. Our condolences go out to his family, friends and co-workers. He will be missed.”

The Bearing Arms.com bio on Owen says he was a “long-time shooting enthusiast” who “began blogging as a North Carolina native in New York at the politics-focused Confederate Yankee in 2004.”

In 2007, the bio reports, “he began writing about firearms, gun rights, and crime at Pajamas Media, and added gun and gear reviews for Shooting Illustrated in 2010.”

BearingArms describes its mission as believing in “a pre-existing, unalienable right of self-defense” and believing that “this right includes to the use of contemporary arms, ammunition, and accouterments” and “that citizens choosing to exercise their right of arms owe a duty to society to master their arms and use them in a judicious and responsible manner.” 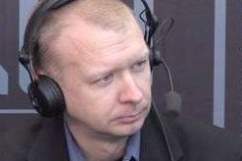 Loading more stories
wpDiscuz
0
0
Would love your thoughts, please comment.x
()
x
| Reply
Bob Owens, the editor of Bearing Arms.com, and a staunch defender of the Second Amendment has died. Police say the cause of death is a possible suicide.