Dina Merrill, actress and heiress to two wealthy families, died on Monday at her home in East Hampton, N.Y. The former actress was 93. Merrill, born Nedenia Marjorie Hutton, spent the summers of her childhood at her family’s famous estate, Mar-a-Lago.

Here’s what you need to know about Merrill:

1. Merrill Had a Career as an Actress

Dina Merrill in “The Sundowners” (WikiMedia)

After dropping out of George Washington University, Merrill enrolled at the American Academy of Dramatic Arts. She apprenticed in summer stock in the early 1940’s, before reaching the Broadway boards with “The Mermaids Singing” (1945), according to IMDb. After nearly a decade of roles in the theater, and taking time off to raise two children, Merrill made her film debut in “Desk Set” (1957) with Spencer Tracy and Katharine Hepburn.

Merrill starred opposite Elizabeth Taylor in “Butterfield 8″(1960) and was in “The Courtship of Eddie’s Father”(1963). She played Burt Lancaster’s socialite wife in “The Young Savages” (1961). Merill also starred with Tony Curtis in “Operation Petticoat” (1959).

Later in her career, Merill had TV roles on Bonanza, The Love Boat, Murder She Wrote, The Nanny, Roseanne, and Vengeance Unlimited, according to IMDb.

Merrill starred with Christian Slater in “Twisted” (1986) and was in “Caddyshack II” (1988) with Chevy Chase and Dan Aykroyd. In 1990, she had a role in “Fear”, which also starred Ally Sheedy, Lauren Hutton and Michael O’Keefe. In 1991, she was in the James Spader and John Cusack flim “True Colors”. 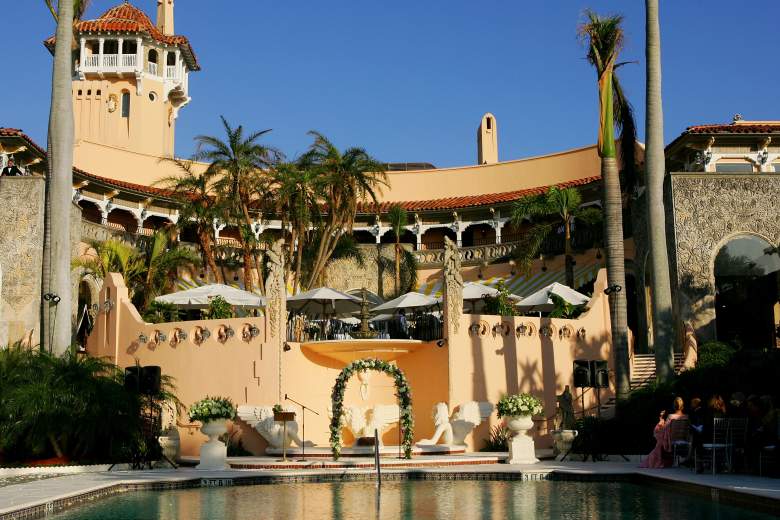 Merrill was the daughter of financier E.F. Hutton, the founder of the Wall Street firm by the same name, and heiress Marjorie Merriweather Post of the Post cereal fortune. Post inherited $250 million in 1914 and at one time was the richest woman in the U.S., according to Variety.

In the early 1920’s, Post wanted to build a home in Palm Beach, because she felt a larger home would better suit her entertaining needs, according to Biography. She ended up choosing 17 acres between the Atlantic Ocean and Lake Worth, a setting that inspired the name Mar-a-Lago, Spanish for “sea to lake.”

Construction on Mar-a-Lago began in 1924. In the end, 600 workers built the 58 bedroom and 33 bathroom estate. The house featured antique Spanish tiles, stones from Italy, a 75-foot tower, golden bathroom fixtures and a dinning room that was a copy of part of Rome’s Chigi Palace, according to Biography. Mar-a-Lago was completed in 1927.

In 1929, Post brought in the Ringling Bros. circus to put on a show for her guests and also to raise money for charity. On another occasion, she arranged for the cast of a Broadway show to dazzle her guests.

In 1932, after the kidnapping and murder of Charles Lindbergh’s son, Post had iron bars placed on the windows of Merrill’s suite, and later hired Pinkerton detectives to protect her, according to Biography.

Donald Trump purchased Mar-a-Lago from the Post Foundation in 1985, for $8 million.

3. Merrill Was a Philanthropist 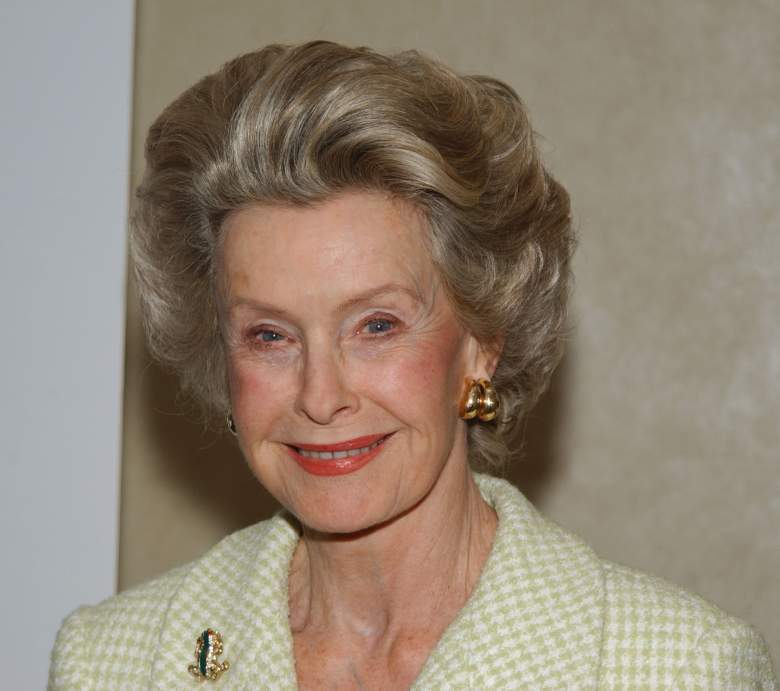 Some of Merrill’s philanthropic pursuits include the Juvenile Diabetes Foundation, the New York Mission Society and director of the Paley Media Center.

The Juvenile Diabetes Research Foundation (JDRF) is a major charitable organization dedicated to funding type 1 diabetes research. JDRF’s stated vision is “a world without type 1 diabetes.” After her son David, who had diabetes, died in a boating accident at age 23 in 1973, Merrill created a yearly award for scientific excellence in his name, according to The New York Times.

The New York City Mission Society operates a variety of programs that help break the cycle of poverty for some of New York’s most under served children, youth and families.

Merrill was vice chairwoman of the Republican Pro-Choice Coalition, an advocate on women’s health issues. 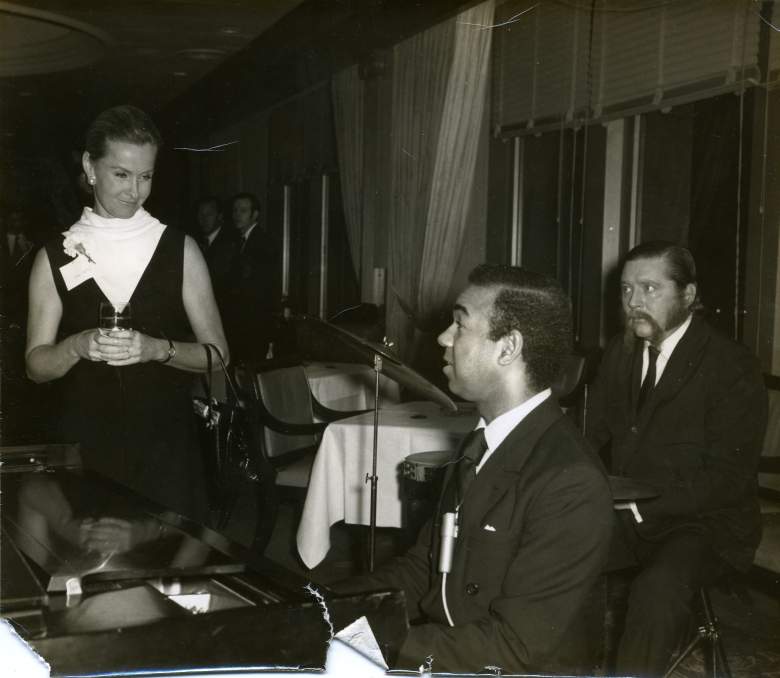 Merrill’s first husband was Stanley M. Rumbough Jr., an heir to the Colgate-Palmolive toothpaste fortune. They married in 1946 and had three children, one of whom, David Post Rumbough, passed before her. The couple divorced in 1966.

Later that year, Merrill married Oscar-winning actor Cliff Robertson. Merrill and Robertson starred together as guest villains on Batman. The also starred together in “The Sunshine Patriot”(1968). They were divorced in 1989. Robertson died in 2011. 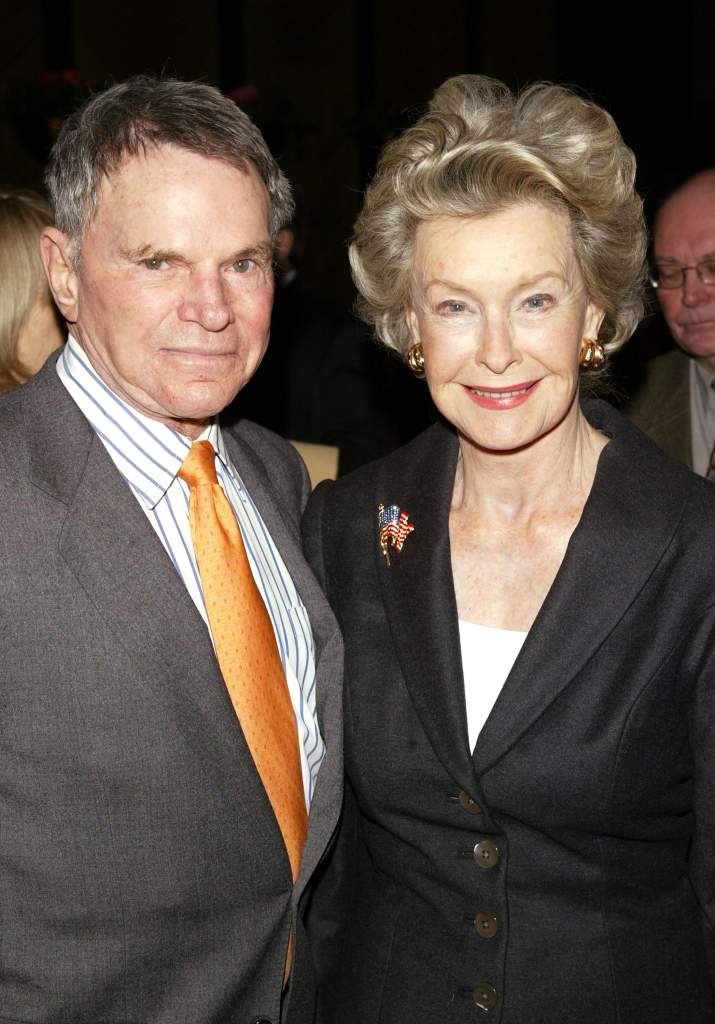 Merrill married Ted Hartley, a former actor, in 1989. Hartely’s most famous work was in the Clint Eastwood western, “High Plains Drifter” (1973). He was also in “Race to Witch Mountain” with The Rock in 2009.

Together they created RKO Pictures, an entity that owns the copyright to the films of the RKO Radio Pictures movie studio.

Merrill and Hartley created the Hartley Merrill International Screenwriting Prize, for which they received a special prize at the Hamptons Film Festival in 1998, for their support of screen writers in developing nations.

Merrill is also survived by her daughter, Nedenia Colgate Rumbough, and a son, Stanley Rumbough III, from her marriage to Rumbough.