The above video shows the tragic suicide of Memphis musician Jared McLemore. At 12:30 a.m. on May 13, McLemore began streaming on his Facebook page. The video begins with him, shirtless sitting cross legged. After leaving the frame for a few moments, McLemore returns and being pouring a liquid of his body. That liquid was kerosene.

Before he can light himself on fire, a man, named as a patron of the bar where McLemore was planning to commit suicide, attempted to kick the lighter from McLemore’s hands. Despite this, the fire ignites and the frame is covered in flames.

WREG reports that while the fire burned, McLemore ran into Murphy’s bar. His ex-girlfriend, Alyssa Moore, had been working on the soundboard during a gig at the bar. While he was doing this, attendees attempted to put the fire out with beer cups and whatever else they could get their hands on.

Speaking to Fox Memphis, Alyssa Moore said that McLemore committed suicide because she refused to put up with his abuse. Moore said McLemore chose to commit suicide outside of her workplace so she “could see the horror for herself.”

The last visible update on McLemore’s Facebook page reads, “Erased and Forgotten.” That was posted on May 10. McLemore describes himself as being in a relationship since April 2014 on the page. McLemore was a native of Lavinia, Tennessee. He was a producer and engineer at Move the Air Audio and Ardent Studios.

More recently, on Easter Sunday 2017, Steve Stephens shot-and-killed a 74-year-old man on Facebook Live. The video went viral and sparked a near-nationwide search for the suspect. 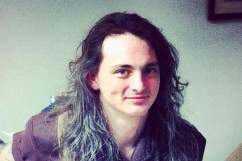