A police officer in Cobb County, Georgia has been dubbed the “drug whisperer” due to his habit of arresting people for driving drunk or stoned even when their breathalyzer, field-sobriety and blood tests showed they were completely sober. Here’s five facts you need to know about Officer Tracy “T.T.” Carroll and his specialized training:

1. He Has “Drug Recognition Expert” Training

Brendan Keefe, a news investigator for Atlanta’s NBC affiliate 11Alive, reported on May 11 that Officer Carroll is one of over 250 Georgia police officers trained as “drug recognition experts.” The International Association of Chiefs of Police says that drug recognition experts are “trained to recognize impairment in drivers under the influence of drugs other than, or in addition to, alcohol.” At least three people whom Officer Carroll arrested and took to jail for DUI had their charges dropped after toxicology tests came back clean.

But even with the dropped charges, the arrests were sufficient to ruin the arrestees’ lives. One innocent person Carroll arrested was Katelyn Ebner, a waitress who got pulled over after she briefly crossed the center line while driving home from work. After she took and passed a breathalyzer, dashcam footage obtained by 11Alive recorded the following dialogue between Carroll and Ebner:

Carroll arrested Ebner, who spent the night in jail. This in turn resulted in her alcohol server’s license being revoked. Prosecutors dropped the charges against her four months later, after drug tests showed she was indeed as drug-free as she had claimed — but Ebner had to spend thousands of dollars of her own money first.

Two weeks before arresting Ebner, Officer Carroll arrested another innocent woman for allegedly driving under the influence— this time, a college student named Princess Mbamara. Her conversation with Carroll was very similar to Ebner’s: he accused her of having smoked marijuana, she protested that she had not and asked to be tested to prove it, he insisted he knew better.

Princess Mbamara: “You’re arresting me because you think I smoke marijuana?”
Officer Carroll: “I think you’re impaired by cannabis, yes, ma’am.”
Princess Mbamara: “Sir, I don’t smoke weed! Is there a way you can test me right now?”

Mbamara was also arrested and taken to jail, and spent six months fighting the charges before they were finally dropped after the toxicology tests showed only the presence of lidocaine — a legal, over-the-counter anesthetic found in numerous anti-burn, anti-itch and anti-pain patches and creams, including Icy Hot, Aspercreme, Salonpas and others.

However, as 11Alive reports, in 2016 Carroll was awarded a silver medal for making 90 DUI arrests that year. As Mbamara said, “He’s getting an award for just arrests. Not even convictions. Arrests …. And I’m one of these arrests. So this guy is just stacking up on awards and trophies. On ruining people’s lives.”

3. “Drug Recognition Experts” Operate in all 50 States and the District of Columbia

The specialized training that gives experts such as Officer Carroll the vision to see signs of marijuana impairment where it doesn’t even exist is not unique to Cobb County or Georgia; the International Association of Chiefs of Police says that the Drug Evaluation and Classification Program (DECP) trains “Drug Recognition Experts” in all 50 states as well as Washington, D.C., Canada, and “and several othercountries [sic] around the world.”

The IACP says that the program originated with the Los Angeles Police Department in the early 1970s. In 1987, the National Highway Traffic Safety Administration started DEC pilot programs in Arizona, Colorado, New York and Virginia. Utah, Indiana and California were added the following year, and in 1989 the program spread throughout the entire United States.

In order to become a Drug Recognition Expert, according to the IACP, a police officer must complete a three-phase program which includes 72 hours of classes followed by 12 drug evaluations under an already certified DRE instructor. Those drug evaluations must show “a minimum 75% toxicological corroboration rate” — which in turn allows for a false positive rate of one out of every four people the police officer suspects of being under the influence. 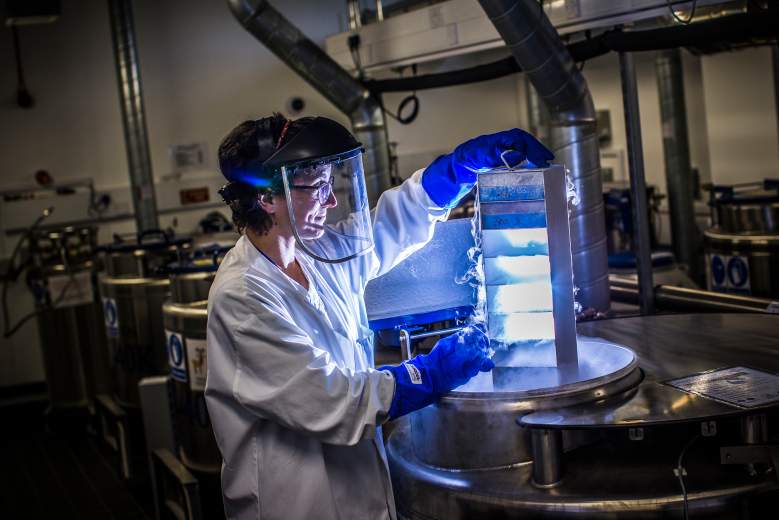 Brendan Keefe of 11Alive notes that Cobb County Police commanders would not allow Officer Carroll to talk to reports about his record of arrests, but says that “The department doubled-down on their assertion that the drug recognition expert is better at detecting marijuana in a driver than scientific tests.”

Katelyn Ebner, the waitress arrested because Carroll was convinced she’d been smoking marijuana, later filed an Internal Affairs complaint against Carroll. But police investigators exonerated him, saying they doubted Ebner’s innocence because “the marijuana could have already metabolized out of the blood.”

Ebner told Keefe that when she police investigators that her blood tests came back negative, “They said, ‘Yeah, we see this happen all the time. Um, the test results come back wrong all the time’.”

5. Officer Carroll is One of the Most Highly Trained Officers in Cobb County 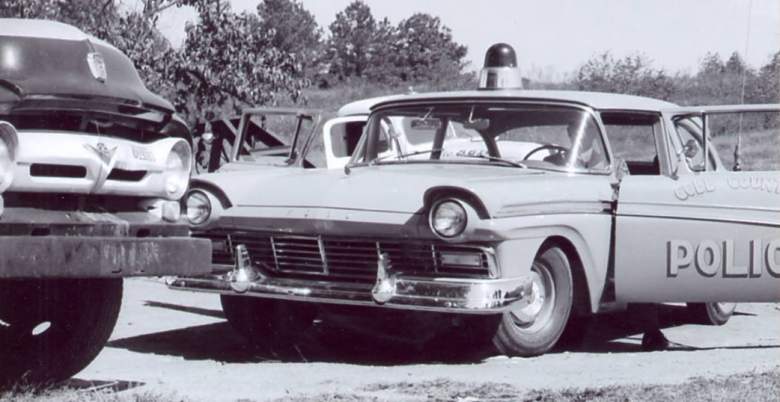 Documents obtained by 11Alive show that in addition to being certified as a “Drug Recognition Expert” by the IACP in June 2015, Officer Carroll got a certification from the Georgia Public Safety Training Center for completing the course. In 2014, he also took a 16-hour course in “Advanced Roadside Impaired Driving Enforcement” from the Roswell-Alpharetta Public Safety Training Center.

Due to this special training and his high ate of making arrests, Carroll got a promotion and a merit raise in 2016. According to 11Alive, he got top marks for making the proper arrest or don’t arrest decisions regarding whether drivers were impaired.

However, as 11Alive noted, the three innocent people he arrested for allegedly driving under the influence that year — Ebner, Mbamara and an unnamed student from Auburn University — were not mentioned in these glowing reports. 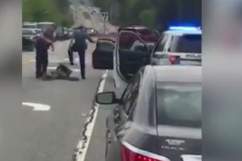 Read More
5 Fast Facts, Breaking News, Police
A police officer in Cobb County, Georgia has been dubbed the "drug whisperer" due to his habit of arresting people for driving drunk or stoned even when breathalyzer, field sobriety and blood tests show they're completely sober.