Taliesin Myrddin Namkai Meche and Ricky John Best were riding a Portland MAX train when they saw another man allegedly direct racial slurs at two Muslim girls. They both intervened and paid for it with their lives.

To lay one’s life down for another is the greatest sacrifice and love, and Namkai Meche, 23, and Best, 53, were lauded as heroic Good Samaritans who set an example countering hate.

They died while trying to stop Jeremy Christian, an alleged white supremacist who was accused of using racial slurs toward the Muslim teens on the train. When the men tried to calm Christian down, he’s accused of stabbing them, killing Myrddin Namkai Meche and Best, a military veteran.

A third Good Samaritan, Micah David-Cole Fletcher, 21, was wounded. Fletcher is a poet and pizza worker who once won a poetry competition “with a poem condemning prejudices faced by Muslims,” according to The Oregonian. The positive lives of the victims paint a stark contrast to the suspect’s alleged hate-filled past. A GoFundMe site is raising funds to support their families.

Make their names nationally known as heroes, people on social media wrote. “America still has heroes. Rest in well-earned peace, Ricky John Best and Taliesin Myrddin Namkai-Meche. Your names should be remembered. Your attacker isn’t worth the ink to print his name. He is an embarrassment to our nation,” one woman wrote on Facebook, echoing many.

Namkai Meche’s mother identified her son as one of the victims. In a heart-wrenching Facebook post, she wrote, “Taliesin Myrddin Namkai Meche, My dear baby boy passed on yesterday while protecting two young Muslim girls from a racist man on the train in Portland. He was a hero and will remain a hero on the other side of the veil. Shining bright star I love you forever.”

A friend responded on the comment thread, “I can’t begin to imagine how it must feel to raise a child to be the best man he can be…. and then lose him while he is being the best man he can be. Except that he is not lost, and this is not the end of his story. Holding you, your son, and all who love him in the Light.”

KATU News interviewed Myrddin’s aunt, who told them she was on the phone with Taliesin when the attack occurred.

“Taliesin gave his life to protect two teenage girls who were being abused,” she told the television station. “I was on the phone when it happened and I heard the hate speech from a white supremacist. I told him to get off the phone with me and videotape what was happening so he could send it to police.”

Instead, he intervened to protect the Muslim girls. “He was resolute in his conduct and respect of all people. In his final act of bravery, he held true to what he believed is the way forward,” Taliesin’s sister told Buzzfeed.

One of the girls has spoken out to thank the men who intervened.

Destinee Mangum, one of the targets of hate speech on a MAX train, thanks strangers for saving her life. pic.twitter.com/sefmOAyIVt

She said of Christian: “He told us to go back to Saudi Arabia and he told us we shouldn’t be here, to get out of his country. He was just telling us that we basically weren’t anything and that we should kill ourselves.” The girl told KPTV that one of the men – she didn’t say which one – “was like he’s talking to you guys? You guys can’t disrespect these young ladies like that. Then they just all started arguing.”

Ricky John Best also took a stand at what he saw unfolding in front of him.

According to Oregon Live, Ricky John Best “was a city of Portland employee, Army veteran and onetime candidate for Clackamas County commissioner.”

The newspaper reported that Best “worked as a technician for the city Bureau of Development Services.” He had served in Iraq and Afghanistan and left behind a wife and four children in their teens and age 12, according to Oregon Live.

“Best retired from the Army as a platoon sergeant for Corps maintenance in 2012 after 23 years in the military,” the newspaper reported.

When he ran for county commissioner, Best ran on a platform of not accepting any campaign donations, according to a profile at the time in The Oregonian. The 2014 story reported that Best was working as an electronics repairman. “He loves the job, because he can spend time with his kids, who he didn’t get to see as often as he’d like while serving,” the story said, adding that Best was also working on earning his associate’s degree in accounting at Clackamas Community College.

“He repeatedly stresses that he stands by his moral convictions, no matter what,” the newspaper profile reported. 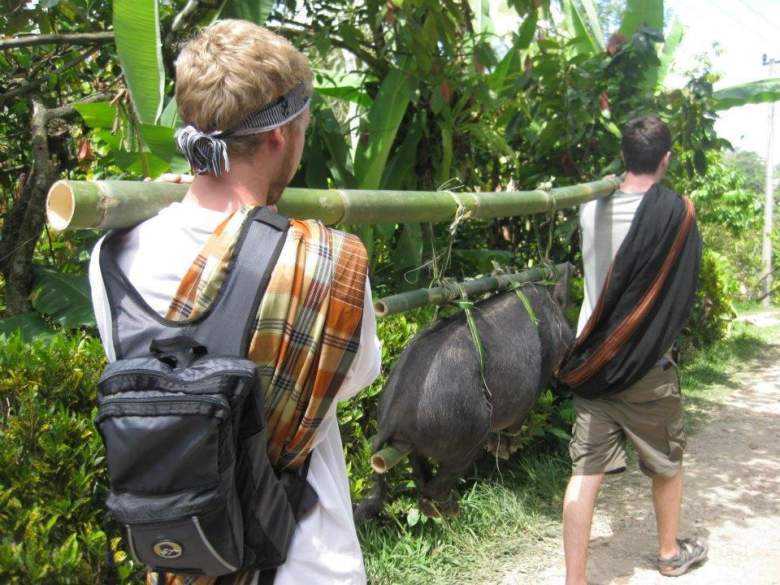 Taliesin had a bright future ahead of him.

His Facebook page says he worked at The Cadmus Group, studied Economics at Reed College, went to Stevenson School, and went to Ashland High School.

The Cadmus Group’s website says it is an organization “committed to delivering cross-disciplinary services and solutions that help our clients achieve their goals and, in doing so, create social and economic value and improve people’s lives.”

Reed College released a statement after Myrddin Namkai Meche’s death that praised his intellect and character. 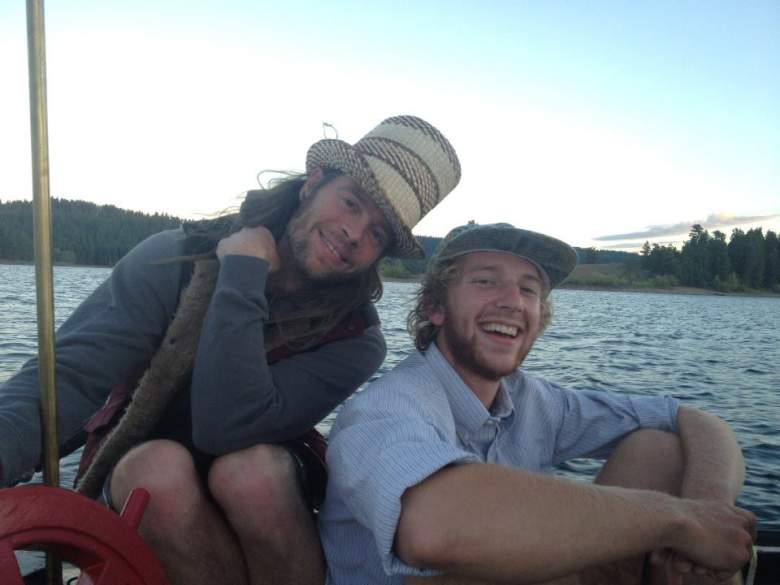 “Taliesin majored in Economics at Reed. We have heard from many community members this morning who are sharing their grief and memories of this beloved young man,” the college said.

“I still remember where he sat in conference and the types of probing, intelligent questions I could anticipate him asking. He was thoughtful, humble, smart, inquisitive, and compassionate. He was a wonderful human being. As good as they come. And now he is a hero to me,” the professor said in the statement released by the college.

Noelwah R. Netusil, Professor of Economics, was Taliesin’s thesis advisor, and described Taliesin as “a very caring person, smart, hardworking, and with such a bright future,” the statement said.

4. The Suspect Is an Alleged White Supremacist

There is quite a contrast between the victims and suspect.

According to KGW, “the three victims were stabbed in the neck after they tried to calm down a man who was yelling hate speech on the MAX train and at one point directed the speech at two women who are believed to be Muslim.”

The Portland Mercury reported that Christian allegedly “is a known right wing extremist and white supremacist. On April 29, Christian showed up to the right-wing ‘March for Free Speech’ on 82nd Avenue in Montavilla with a baseball bat in an attempt to assault left-wing protesters. The bat was quickly confiscated by Portland police officers. He ranted how he was a nihilist. He’d soon yelled racial slurs (“f*ck all you n*****s”) and gave the Nazi salute throughout the day. He yelled ‘Hail Vinland’ throughout the day.”

On the train, Christian is accused of “yelling various remarks that would be best characterized as hate speech toward a variety of ethnicities and religions,” the newspaper reported.

That’s when the three Good Samaritans stepped forward. Best died at the scene and Taliesin in the hospital. Fletcher is expected to recover from his wounds.

5. The Victims Are Being Lauded as Heroes for Standing Up for the Girls

Portland’s mayor, Ted Wheeler, joined many others in calling Myrddin Namkai Meche, Best, and Fletcher heroes who have set an example for society.

“Two men lost their lives and another was injured for doing the right thing, standing up for people they didn’t know against hatred. Their actions were brave and selfless, and should serve as an example and inspiration to us all. They are heroes,” Wheeler said, according to KGW.

A community vigil was held to honor the men. On social media, people shared the men’s story and urged the public to make them national names, recognized for their heroism.

“Taliesin Myrddin Namkai Meche and Ricky Best -You are best amongst us – willing to risk your lives to stand up to racism. Rest in Power,” wrote one woman.

“Ricky Best and Taliesin Namkai-Meche are heroes and represent the bravery and morality that make this country great. #Portland,” wrote another.

“I hope the four children of Ricky Best, the family of Taliesin Namkai-Meche, and the surviving Micah Fletcher are honored like kings,” said another man, expressing the sentiments of many.