Video: Here's par of @RonicaCleary's exchange w/@PressSec about an alleged rape of a Rockville HS student by an illegal immigrant #tcot #TTT pic.twitter.com/cGvWSRtQkG

However, now prosecutors have dropped the sexual assault charges against the two teenagers, who are 17 and 18, because they say the evidence doesn’t back the charges up (although the suspects still face pornography charges). At the time that Spicer spoke on the case, the degree of problems in it were not publicly known. He weighed in after a reporter asked him a question about the case. You can watch the video from the March press briefing above.

“This is a tragic event,” Spicer said. “It’s horrendous and horrible and disgusting what this young woman in Rockville went through. I can’t possibly imagine.”

He continued speaking about the case for some time.

“Let’s remember the human side of this, that this is a tragic event that no child, no person, no parent should ever have to deal with,” Spicer said. “School should be a place where a parent puts their child on a bus or drops them off or sees them off and knows that they’re safe. The idea that this occurred is shocking, disturbing, horrific and whatever other words that someone can think of because school should be a safe place where children are there to learn and to stay safe… to know that this happened and the circumstances.” 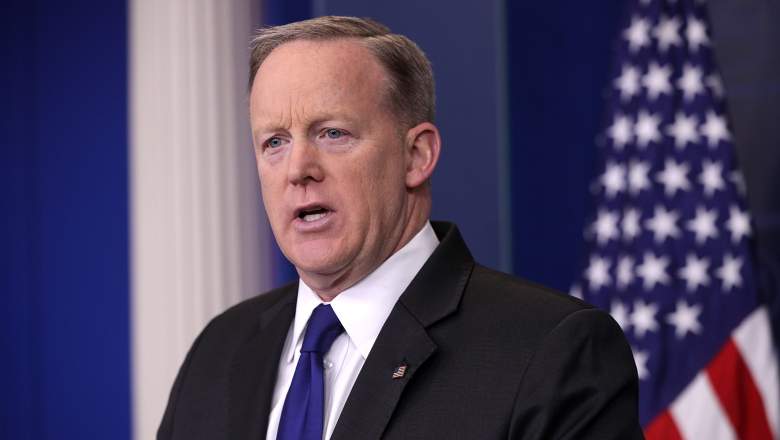 Spicer also said the case was “reprehensible” and “it is not who we are as a country. I think it is troubling.” He said Trump recognizes education is a state and local issue but he said it was “cause for concern what happened there” and the city should look at its policies.

The suspects were originally charged with “first-degree rape and two counts of first-degree sexual offense in the violent assault of the female student,” reported WTOP, which said the older suspect was charged as an adult.

However, now prosecutors in Maryland are dropping the sexual assault charges against the two men – Jose Montano and Henry Sanchez – after the evidence in the case did not back up the girl’s allegations, according to NBC Washington.

Montano being released from jail, but ICE may take him into custody. Defense attorney says agents were in court. #RockvilleHigh @fox5dc

NBC5 reported that “Montano’s attorney told FOX 5 last month that sex between his client and the 14-year-old girl was consensual. In court, he told a judge the alleged victim exchanged sexually explicit text messages with Montano before the incident agreeing to have sex with him.” The attorney had disputed allegations that the men were MS13 gang members.

The allegations involve a supposed brazen daylight rape of the teenager during school hours in a Rockville High School bathroom stall.

Henry E. Sanchez Milian, 18, and Jose O. Montano, 17, were both 9th graders at the Maryland school despite their ages. (The photo above is of Sanchez Milian.) That’s also provoked parental anger.

According to Fox 5, “Attorneys for Jose Montano asked a judge at a Friday morning hearing that the first-degree rape and first-degree sexual offenses charges against their client be dropped, and the judge granted that request. Montano is being released immediately. Maryland state prosecutors say after reviewing video and speaking to witnesses, the facts do not support the rape charge.”

Montano arrived in the United States eight months ago, the Post reported. Because he’s a minor, ICE won’t reveal details of his immigration status, but Sanchez is a citizen of Guatemala, according to WTOP.

You can read more about the case here: 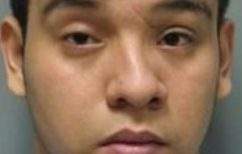