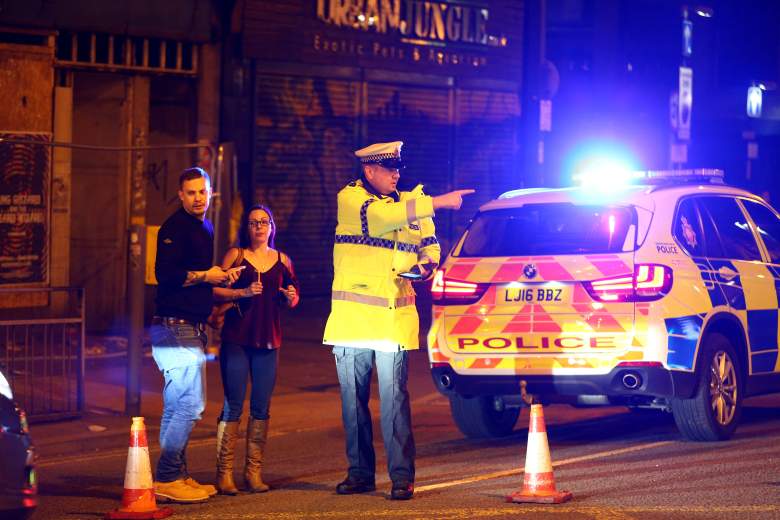 Reports of explosions at Manchester Arena were called in to police on Monday, May 22. People attending the Ariana Grande concert heard the loud bangs and began rushing out of the building. According to The Guardian, the explosion(s) occurred in the foyer area around 10:30 p.m. local time. Law enforcement has confirmed that there have been multiple fatalities in connection to the incident, but have not released exact figures at this time. Police have asked that people avoid the area.

“Emergency services are currently responding to reports of an explosion at Manchester Arena. There are a number of confirmed fatalities and others injured. Please AVOID the area as first responders work tirelessly at the scene. Details of a casualty bureau will follow as soon as available,” Greater Manchester Police said on their Facebook page.

The terror alert in the UK is currently at “severe,” which is the second highest when it comes to the UK’s threat level. The following scale represents the threat level as determined by MI5 based on their intelligence gathering services.

The level is decided based on the following information: Available intelligence, terrorist capability, terrorist intentions, and timescale.

“The threat level expresses the likelihood of an attack in the near term. We know from past incidents that some attacks take years to plan, while others are put together more quickly. In the absence of specific intelligence, a judgement will need to be made about how close an attack might be to fruition. Threat levels do not have any set expiry date, but are regularly subject to review in order to ensure that they remain current.”

The threat level was raised to severe in August 2014 in response to conflicts in Iraq and Syria, according to BBC News. It has remained at that level ever since.

The UK has seen a few days at the “critical” level in August 2006 and June 2007. The country has not seen a level less than “substantial” since the scale was put into place in 2006. Despite the 2017 Westminster bridge attack that is considered an “act of terrorism,” MI5 did not elevate the terror threat level.

MI5 encourages the public to be vigilant at all times. The threat levels do not warrant any action from the public, but anyone who sees anything suspicious is asked to call police. A person witnessing any sort of activity that they feel might be terrorism-related is asked to call the Anti-Terrorist Hotline at 0800 789 321.

“Threat levels in themselves do not require specific responses from the public. They are a tool for security practitioners working across different sectors of the Critical National Infrastructure (CNI) and the police to use in determining what protective security response may be required. Vigilance is vital regardless of the current national threat level. It is especially important given the current national threat. Sharing national threat levels with the general public keeps everyone informed. It explains the context for the various security measures (for example airport security or bag searches) which we may encounter in our daily lives.”

Loading more stories
wpDiscuz
0
0
Would love your thoughts, please comment.x
()
x
| Reply
The terror alert in the UK is listed as "severe" which is the second highest on the scale.