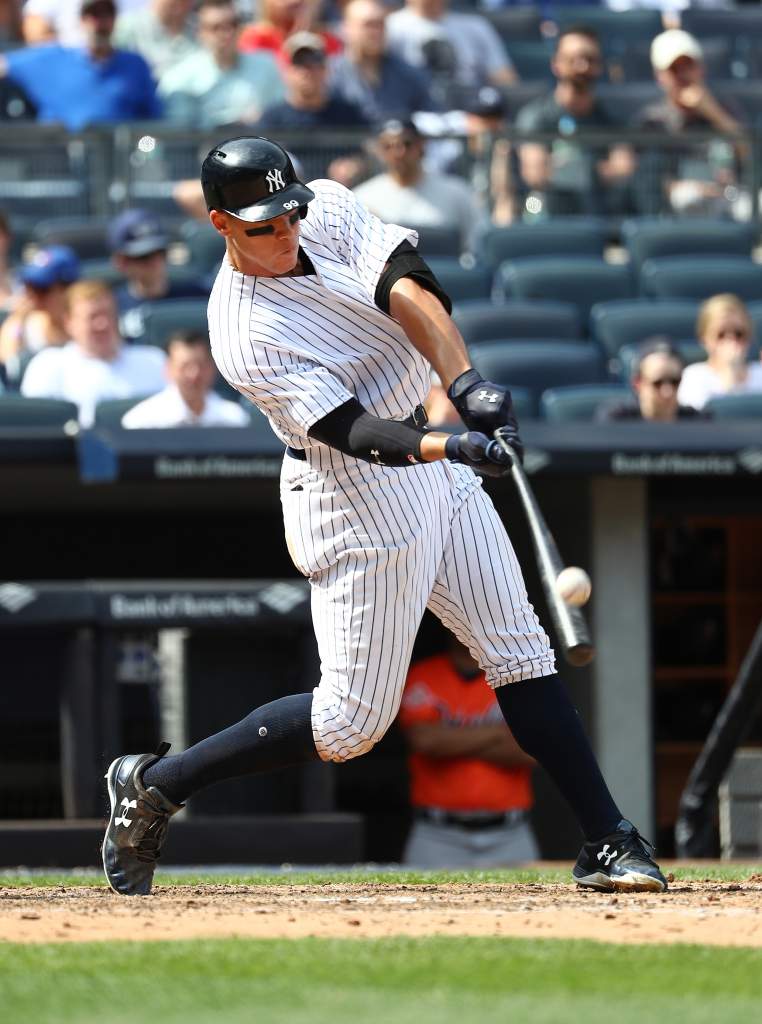 Aaron Judge is bringing a whole new meaning to the term “Bronx Bombers.”

After going deep off Toronto Blue Jays starter Matt Latos in the third inning for his 11th home run of the season, the 6’7″ rookie right fielder powered a three-run shot off reliever Jason Grilli in the 7th inning — padding the Yankees lead, 11-4.

Judge has been must-see TV lately. Heading into Tuesday night, three of his 10 ten home runs were ranked as “no doubters” by ESPN — including one shot that went 460 feet against at PNC Park in Pittsburgh.

And last Friday, Judge hit the hardest home run in what is being called the “Statcast” Era — a 119.4 mph blast off the bat into Yankee Stadium’s Monument Park.

With two home runs Tuesday night, Judge now leads the Majors with 12 on the young season. He’s driven in 25 runs and has 1.213 OPS.

12th HR of the year for Aaron Judge for the MLB lead!