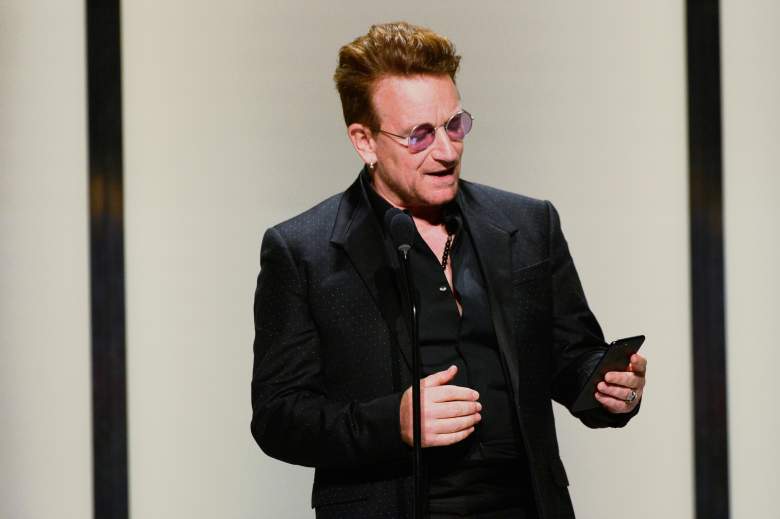 U2’s Bono was in Washington D.C this morning and took some time to visit with members of Rep. Steve Scalise’s staff. Bono also signed get-well-soon cards for Scalise and Capitol Police.

According to The Hill, Bono met Scalise’s staff in the injured congressman’s office. Scalise was one of five people wounded during a shooting last week at the GOP team’s practice in Alexandria, VA., before the annual Congressional Baseball Game. Scalise’s condition was upgraded to “fair” condition by hospital officials earlier Wednesday.

Bono performed with U2 in Washington on Tuesday night, and said during the show he was “so grateful” Scalise and others “made it through.”

Bono also met with House GOP leaders Wednesday afternoon in the ceremonial Speaker’s office. According to The Hill, the lawmaker’s offices would not comment on the focus of the meeting, but a spokesman for Bono released the following statement earlier:

Bono, the lead singer of U2 and co-founder of The ONE Campaign, is on Capitol Hill meeting with Republican and Democratic lawmakers from both chambers about fully funding the International Affairs account in the FY18 budget. Bono is highlighting the lives saved by America’s investments in foreign assistance and underscoring testimony given by 16 retired generals and admirals last week about the critical importance of development to America’s national security. Bono also met briefly with staff to U.S. Rep. Steve Scalise.

ONE is a policy and advocacy organization of nearly 8 million people taking action to end extreme poverty and preventable disease, particularly in Africa. Not politically partisan, ONE was co-founded by U2 lead singer Bono to raise public awareness and press political leaders to combat AIDS and other preventable diseases, increase investments in agriculture and nutrition, and demand greater transparency in poverty-fighting programs.