The body of Kaytlynn Cargill, a 14-year-old girl who disappeared while walking her dog, has been found in an Arlington landfill.

Kaytlynn was remembered for her bright smile and her intelligence that, in the words of a teacher who spoke at a memorial for the teen, “shined through everything about her.”

On September 1, police announced that they had detained a 16-year-old acquaintance in Kaytlynn’s death. They didn’t name the teen.

In a statement, police in Bedford, Texas confirmed that the body found was positively identified as Kaytlynn, who had been missing since June 19.

“We are working diligently” to find answers in the case, Chief Gibson said in a June 23 news conference. “We have nothing that points to a risk to our community as further danger,” Chief Gibson said, without elaborating on why he thinks there is no further risk. “We have an unknown situation…we have no information that leads us to believe this is an ongoing situation.” He said there is no suspect or person of interest at this point.

The police are handling the case as a “death investigation,” the chief said. “We don’t have any signs of trauma that have been released to us right now. We are letting the medical examiner do their job… We just simply don’t know at this time.” Asked by a reporter, “Do you believe she was killed by somebody?” the chief replied “We simply can’t answer that.”

You can watch the live video here:

1. An Employee at the Landfill Found the Body & Kaytlynn Was Remembered for Her Bright Smile

According to the Fort-Worth Star Telegram, a worker at the landfill was the person who discovered the body.

“A deceased young female was found by an employee among the trash left by a hauler, just before 2 p.m. on Wednesday. It is not known when the body was dumped at the landfill,” the newspaper reported.

A wreath placed at entrance to landfill where body found..Bedford PD on scene..M.E. to determine if it's 14 yr old Kaytlynn Cargill @FOX4 pic.twitter.com/MDT6JDFZE8

Police said they learned the remains were found on June 21, and that the medical examiner has now positively identified the body as that of the girl. Arlington police notified Bedford because the body contained characteristics similar to Kaytlynn and were aware of Bedford’s missing person’s report, according to Gibson.

A friend remembered Kaytlynn for her “bright smile” and lamented all that she won’t get to do.

More from Brooke Kirkland. She attended Central Jr High with Kaytlynn Cargill, who was found dead at an Arlington landfill. Very sad. pic.twitter.com/OcTWGOKeCV

It’s not yet clear how exactly Cargill died.

“We are shocked and saddened with this tragic news,” Bedford police said.

Older schoolmate #kaytlynncargill stops by give balloons family. Says might be vigil 8 tonight at Central Junior, her school @wfaachannel8 pic.twitter.com/FJgz1Zuu5o

The girl lived about three miles from the landfill, according to The Fort Worth Star Telegram.

The police chief said authorities are trying to narrow down which grid of trash the body was found in at the landfill.

A friend has started a GoFundMe page to help Kaytlynn’s family. It features a photo of the girl with a baseball bat in a baseball uniform.

2. Cargill’s Parents Began Looking for Her After She Did Not Return From Walking the Dog 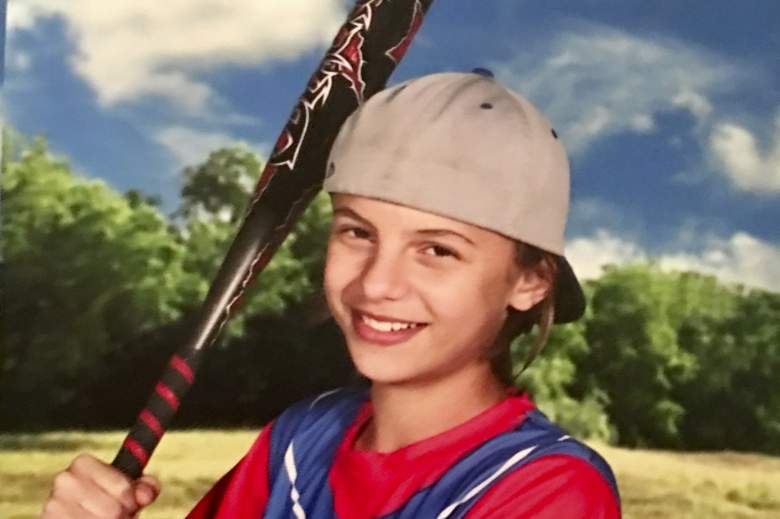 The teen had been last seen walking the dog at about 6:20 p.m. on June 19, a Monday night, according to the Bedford police statement.

“When Kaytlynn did not return after about 30 minutes, her parents began looking for her, according to the police statement.

Kaytlynn Cargill disappeared from her Bedford apt. complex Mon. PM. Please reach out to family or @BedfordTXPD if you have any info. pic.twitter.com/KWdZTVisX8

By 8 p.m., Kaytlynn’s parents reported her missing to police. A family member wrote on Facebook before Kaytlynn’s body was found that people should share a missing person poster, writing, “We are still hopeful and praying. Thank you to everyone who is sharing and spreading our baby girl Kaytlynn Cargill all over the nation. We hear your prayers and love.” In another post, she wrote, “Please help bring my baby home! We miss her and need her.”

The community has gathered for a vigil to remember the teen.

3. The Dog Was Discovered Tied Up in a Dog Park & Kaytlynn Was Described as a ‘Tomboy’

"It hurts, it really does." Bedford Police going door-to-door tonight as they search for "missing runaway" Kaytlynn Cargill. @CBSDFW @ 10 pic.twitter.com/TYlYjD1vpA

Kaytlynn’s dog was discovered unharmed tied up in a nearby dog park, according to The Star Telegram.

Police had been canvassing the neighborhood looking for any clues about the missing teen.

All of the posts on the teen’s Facebook page are of animals, and her profile picture was of a dog.

Another woman wrote on Facebook before Kaytlynn was found, “Please keep eye out in Texas for Kaytlynn Cargill…. She dresses like a ‘tom boy’ most days, often seen wearing a baseball cap very sweet young lady! If you have ANY information, please reach out to me or the contact number in this post below…. Please lord keep her safe until she comes home.”

4. Police Did Not Issue an Amber Alert Because They Initially Did Not Suspect Kaytlynn Was in Danger

Just got off of the phone with Bedford PD. Officers tell me investigators still treating Kaytlynn Cargill case as "missing runaway" @CBSDFW pic.twitter.com/NqOyWTV9MU

In their initial report to the public, Bedford police called Kaytlynn a “missing person” and said that an Amber Alert was not authorized because she was not believed to be in danger.

Initially, police treated Kaytlynn’s case as a possible runaway. “No information led us to believe that Kaytlynn had been abducted” at first, the police chief said. Kaytlynn’s mother and stepfather said that Kaytlynn might be at a friend’s house at first, Gibson said. Police said they issued community message alerts and distributed bulletins with Kaytlynn’s information on them.

“There are specific criteria that law enforcement personnel have to follow in terms of issuing an Amber Alert,” Gibson said.

Bedford Police tell me there are no updates in the search for 14 y/o Kaytlynn Cargill. Investigators treating the case as "missing runaway".

“The Bedford Police Department is asking for help in locating Kaytlynn Cargill, 01/18/2003.
Kaytlynn was last seen near her home in the 1700 block of Oak Creek Lane on 06/19/2017 at approximately 6:20pm,” the initial Facebook post from police said. “Kaytlynn is 4’6″ and weighs approximately 85 pounds. She has short brown hair and brown eyes. Kaytlynn was last seen wearing a light blue flat bill hat, white t-shirt and blue jean shorts with white lace around the bottom.”

The post added, “Kaytlynn Cargill is currently listed as a missing person. We are attempting to locate Kaytlynn and are in the process of talking with people who may assist in the case, but as of right now, we do not know her whereabouts. Bedford Detectives are diligently investigating this incident and are requesting any information regarding Kaytlynn’s location.”

As to the Amber Alert, police said initially, “At this time, we have no reason to believe she is in any danger and we do not have any reason to suspect foul play is involved in her disappearance. Due to this, an Amber Alert is not authorized.”

Reporters challenged the chief as to how he could say there was no risk to the community with so many unknown factors. He said that the police had increased patrols and were working “extremely diligently” to investigate the death.

5. Missing Posters Were Spread Throughout the Town

There are missing flyers for #KaytlynnCargill EVERYWHERE. Stopped for quick sustenance at Einsteins & they're here, too. #findkaytlynn #wfaa pic.twitter.com/b4qZ4pU0ls

Since she went missing, the community had mobilized in an effort to find Kaytlynn, hanging missing posters throughout town.

Bedford is a suburb of Fort Worth, Texas.

Read More
5 Fast Facts, Breaking News, Crime, Texas
Follow Heavy ↓
The body of Kaytlynn Cargill, a 14-year-old Texas girl who vanished while walking her dog, was discovered in a landfill.