Doctor and reformer Susan La Flesche Picotte is the subject of today’s Google Doodle. June 17th, 2017, would be her 152nd birthday. Picotte is best known for being the first Native American physician in the United States, and a pivotal figure in the temperance movement, which campaigned against the consumption of alcoholic beverages.

“Picotte was a fierce public health advocate and social reformer. She promoted life-saving hygiene practices, such as the elimination of communal drinking cups and the installation of screen doors to keep out disease-carrying insects,” says Google. “Most notably, in 1913, she personally raised the funds to build a modern hospital in her hometown, which you can see pictured to the right of today’s Doodle. Picotte’s remarkable career as a physician and health advocate just scratches the surface of her legacy. She was more than the reservation’s doctor – she was also an advisor, confidant, and symbol of hope for the Omaha.”

Learn more about Picotte, her personal life, and her groundbreaking career here:

1. She Was Born On an Indian Reservation But Educated In Pennsylvania

Woman’s Medical College of Pennsylvania 1889. Picotte is in the second row from the back, fourth woman from the right. (Legacy Center, Drexel University College of Medicine)

Picotte was born on the Omaha Reservation in 1865 to parents Waoo-Winchatcha and Joseph LaFlesche. Both parents were of mixed race and though they were proud of their Omaha heritage, they wanted Picotte to be exposed to the education system in the “white world.” Picotte began her education at the mission school on the Omaha Reservation, but her father eventually sent her to the Elizabeth Institute for Young Ladies and later to the Hampton University in Virginia, according to Biography.

At Hampton, Picotte and her sister Marguerite (1862-1945) were taught in the ways of Christianity, and how to become a good housewife for their husband. Female graduates were generally encouraged to return to their reservation to start families, but Picotte decided to buck this trend and apply to medical school in 1886.

She was accepted at the Woman’s Medical College of Pennsylvania— one of the few medical schools in the country that trained women at the time. She would go on to become valedictorian of her class when she graduated on March 14th, 1889.

2. She Became the First Native American Physician In 1889

After Picotte graduated from the Women’s Medical College, she applied for government physician at the Ohama Agency Indian School in June 1889. Within two months, she was accepted, making history as both the first female and the first Native American to occupy the position. Her duties were limited to the teaching of hygiene and personal health to students, but this didn’t stop Picotte from regularly treating the rest of the Omaha community.

She began so popular in fact, that according to the Smithsonian, those who were ill would often request her over her white counterpart. This resulted in Picotte becoming the only physician on a reservation stretching nearly 1,350 square miles, where she would often have to travel miles on foot to reach her patients. All while being paid $500 a year, ten-times less than a U.S. Army or Navy doctor.

Picotte was also a pivotal voice when it came to raising public awareness on health issues, particularly when it came to the temperance movement. For the latter, Picotte went as far as to give lectures about the virtues of temperance and actively campaign for a prohibition law in the 1890s. She spent the rest of her career fighting against alcohol.

In the midst of her medical career, Picotte met Henry Picotte, a Sioux Indian from South Dakota. Many of her friends and family were surprised at the romance, but they hit it off immediately, and were married in June of 1894. According to Biography, the couple moved to Bancroft, Nebraska after the wedding, where Picotte set up a private practice to treat both Native and European Americans.

As their marriage progressed, however, Henry’s penchant for alcoholism increased, and Picotte was forced to juggle her private practice, her husband’s failing health, and their two children, Caryl and Pierre, by herself. Henry’s death in 1905 led to the crusade of temperance becoming a personal one for Picotte, who continued to push for Prohibition well into the 20th century.

Caryl, born December 10th, 1896, would grow up to serve in the United States Army during World War I, while Pierre, born February 23rd, 1898, lived in Nebraska most of his life and raised a family of three children.

4. She Was A Pivotal Voice for Native American Rights

Even as she aged, Picotte continued to improve living conditions for Native Americans. In 1913, she raised money and opened a modern hospital on a hill overlooking her hometown of Walthill. This allowed her to tend to pregnant women and sick patients of every race and creed– the way she felt it should be. Professor Joe Starita spoke to the impact of this hospital in an interview with Live Well Nebraska: “A single widowed woman built a modern hospital without a single tax dollar on an Indian reservation in 1913. That was unheard of then. That’s unheard of now. That’s insane.”

Biography reports that Picotte also lobbied Congress to improve legal status and citizenship among the Native American people, as well as “protect her people from land fraud and speculators.”

Starita, whose book A Warrior of the People: How Susan La Flesche Overcame Racial and Gender Inequality to Become America’s First Indian Doctor was released in 2016, felt that her actions transcended the medical field altogether:

5. She Dealt With Chronic Illness Most of Her Life

In the 1999 biography Susan La Flesche Picotte, M.D.: Omaha Indian Leader and Reformer, author Benson Tong claims that Picotte suffered from chronic illness throughout most of her life. She was hampered by breathing problems while she was in medical school, and in 1892, a few years into her work at the Omaha Reservation, she became bedridden and was forced to take some time off. She returned to her duties only to become bedridden again the following year, after she fell from a horse and sustained numerous internal injuries.

By the time Picotte opened the hospital in Walthill in 1913, her health was rapidly declining. Tong notes that she was likely suffering when she died on September 18th, 1915, and that it was most likely caused by an undiagnosed form of bone cancer. She was buried in Bancroft Cemetery in Nebraska, joining her parents and her siblings Susette (1854-1903) and Rosalie (1861-1900).

The hospital in Walthill was declared a national landmark in 1993, and today, it bears the name of the influential woman who built it: Picotte Memorial Hospital. 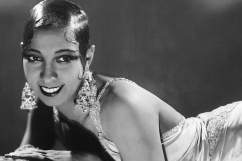 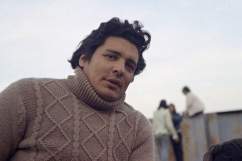