Foxconn Technology Group, the largest electronics manufacturer in the world, said it’s making a multi-billion dollar investment in the southeastern part of Wisconsin. The investment represents the “largest greenfield investment made by a foreign-based company in U.S. history,” a press release said.

“This is a great day for American workers and manufacturers and everyone who believes in the concept and the label ‘Made in the USA,'” Trump said at the press conference.

1. The Company is the Global Leader in Electronics Manufacturing

The company is primarily a contract manufacturer and has some of the most prominent U.S. technology companies as clients. It manufactures parts for Apple’s iPhone, Amazon’s Kindle, BlackBerrys, Playstations, Xbox Ones and more. 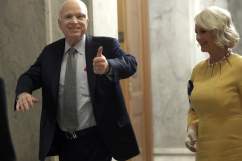 According to a press release by Walker, the company plans to invest $10 billion by 2020 to build a “manufacturing campus” that will create about 13,000 new jobs in the state and 22,000 total jobs “that would indirectly be created by suppliers and businesses looking to locate near Foxconn,” Walker said. The construction project alone could create up to as many as 10,000 jobs.

“This is once-in-a-century opportunity for our state and our country, and Wisconsin is ready,” Walker said. “We are calling this development ‘Wisconn Valley,’ because we believe this will have a transformational effect on Wisconsin, just as Silicon Valley transformed the San Francisco Bay Area.

“Foxconn plans to bring the future of high-tech manufacturing to America, and Wisconsin is going to lead the way. We are honored Foxconn chose Wisconsin, and I thank (Foxconn Chairman) Terry Gou for all he has done to make this happen.”

Foxconn’s first operations in the U.S. came in 1988 and it currently has facilities in Alabama, California, Indiana, Massachusetts, Michigan, North Carolina, Pennsylvania, Texas and Virginia.

Gou was also at the press conference and talked about how excited he is to come to the Midwest.

“America does not have a single LCD plant to produce a complicated system. We are going to change that,” Gou said. “It starts today with this investment in Wisconsin.”

3. The Facility Will Be 20 Million-Square Feet

No official site has yet been selected, but areas in Racine and Kenosha counties — close to the Illinois border with Wisconsin — seem to be like the best bet, a source told the Milwaukee Journal Sentinel.

According to details released by Foxconn and Walker, the facility will be 20-million square feet, which is three times the size of the Pentagon. The total campus would occupy an area that totals over 1.5 square miles.

When the project is complete, it will be one of the largest manufacturing facilities in the U.S. and would initially employ 3,000 people with an average salary of $53,900 per year. 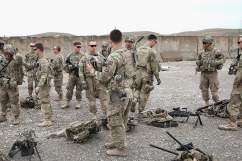 4. The Location Was Reportedly Selected After Trump’s Visit to Wisconsin

WTMJ 4 News in Milwaukee spoke with Chief of Staff Reince Priebus ahead of the announcement, and he said that the Wisconsin location came to fruition when Trump made a trip to the state back in April.

According to Priebus, Trump was on a helicopter riding over Kenosha to visit SnapOn Tools in Milwaukee.

As Trump flew over the Kenosha site, he noticed a large parcel of land and asked, “What is that, why is all that land vacant?” Priebus said. “So when Foxconn came into the White House into the Oval Office, the president said, ‘I know a good spot, that you should go, that place in Kenosha’ and then all of sudden the conversation started and the governor came on board and Walker’s doing lot of work ever since.” 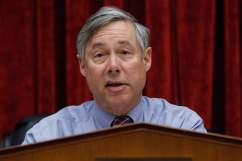 Workers put up scaffolding on a building owned by the contract manufacturer Foxconn International Holdings Ltd on November 28, 2010.

Startling reports of employees at Foxconn in Chinz committing suicide surfaced in 2010. The first incidents started at the industrial park in Shenzhen, China, and many of the suicides were reportedly linked to low pay. In total, there have been 18 attempted suicides which have resulted in 14 deaths.

According to The Economist, new hires at the Shenzhen plant were paid about $130 USD per month. Food, lodging and recreational facilities were free. But employees “routinely” worked overtime in the amount of as many as 36 extra hours a month. Turnover at the plant was 30-40 percent when the story was published in 2010.

To combat the alarming suicides, Foxconn has since surrounded its building with nets, hired counselors and brought in Buddhist monks to pray with the employees.

After the suicides, several of its customers investigated the incident, but many have stuck with Foxconn.

Ever since 2010, multiple suicides have been reported annually, mostly from jumping or falling from the facility. 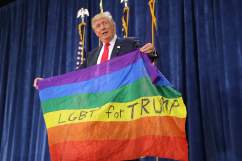