Jacelyn O’Connor, an 11-year-old girl from Morris, New York, was murdered, police say, and they’ve arrested a 36-year-old man in connection with her death.

James Brower of nearby Norwich was arrested by state police, according to TWC News.

Norwich is a small community of just over 7,000 people located in upstate New York. Morris is a village of just under 600 people about 20 minutes away. The child was remembered by those who knew her as “such a happy girl” and “always so full of fun.”

1. The Child Died of Cardiac Arrest

Police have not yet released many details about the child’s July 30 death.

However, they did say that she was found in a home in Norwich suffering from cardiac arrest. The girl was discovered in that condition when patrols responded to a home along County Route 33, according to TWC News. 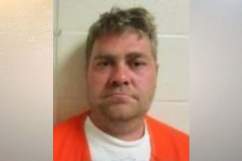 2. Brower Is Accused of Murder in Connection With Jacelyn’s Death

Brower, the suspect, was charged with murder on Tuesday, August 1.

Brower “was arraigned before Chenango County Court Judge Frank Revoir and sent to the Chenango County Jail without bail pending further court proceedings. His next scheduled court appearance is in the Town of Norwich Court on Thursday, August 3 at 9 a.m.,” reported WBNG.

It’s not yet clear how he knew the victim, if he did. People with that last name were the child’s friends on Facebook, though.

3. Jacelyn’s School Posted a Message About Her Death on Facebook

The community of Morris is reacting to the murder of 11-year-old Jacelyn O'Connor. @WKTV https://t.co/GWmdBxAf1i pic.twitter.com/5pGqw2YP9Y

As news spread about the child’s death, Jacelyn’s school posted about it on Facebook.

“Our thoughts and prayers go out to the family and friends of Jacelyn O’Connor. Jacelyn will be greatly missed by her classmates, teachers and staff at Morris. We are a family and it is extremely difficult when one of our family members passes away,” the school wrote.

“The community is planning on a candlelight vigil in Jacelyn’s memory on August 7 at 7:00 pm. It will be held in front of the old front entrance at school. As a parent/guardian, if you are having a difficult time speaking to your child about this tragedy, we have placed some helpful information on the school’s website under the parent tab. It is the last bullet under the parent tab. If your child would like to speak to a grief counselor, there are counselors at school to speak with.”

The school also posted a follow-up message that read, “Memory car on behalf of Jacelyn O’Connor – The Kopp Family will be entering a memory car in Jacelyn’s name at the upcoming demolition derby. The car will be at the school (parking lot) on Friday beginning at noon. All are welcome to come and write a message of remembrance on the car to honor and celebrate Jacelyn and to support her family.”

4. Jacelyn’s Former Teacher Posted a Remembrance to Her on Facebook

She posted a photo of Jacelyn on her page.

A friend wrote, “This is such a tragic event. Jacelyn was always so sweet to me. When we would pass each other in the halls, she would always say hi to me and smile. That is something I will cherish forever. To know that this beautiful young girl will not be with us anymore breaks my heart. I know for a fact that Jacelyn will forever be missed by her family, friends, and community. My thoughts and prayers go out to her family and friends, and everyone that knew her. ❤️ R.I.P Jacelyn O’Connor.”

5. Jacelyn’s Bus Driver Recalled How Smart the Child Was

#BREAKING: A 36-year-old Norwich man has been charged him with first-degree murder in the death of Jacelyn O'Connor. https://t.co/qsydBokbbc

Meanwhile, other community members were also grieving for Jacelyn.

Her bus driver and neighbor described her as very smart to WKTV. “She’s a very smart girl,” Susan Kleinschmidt told the television station. “She used to try to pull stuff on the bus and I had to stay on my toes to catch her. It’s sad. She’s our neighbor. It’s horrible, it’s horrible. I lost a grandson at five years old too, and it was hard for anybody to lose a child.”