The attacker shouted “Allahu Akbar” at the scene, initial reports said, raising immediate concerns that, as in Barcelona, ISIS may be involved. However, later reports said the attacker may have shouted something else.

the allahu akbar line has been debunked by many Finnish people. They say shout is "Varokaa!" which means 'watch out' https://t.co/3k0VTXQbH9

NBC News reported that there might be more than one perpetrator and several people were injured and two were killed in the mass knifing attack. However, it was later reported that the man was likely a lone attacker. He was believed to be of foreign origins, reported Reuters, but his identity was not yet clear.

That it was a terror attack was not yet confirmed by authorities, however, as news broke on August 18. Turku is a city of Swedish-speakers in Finland.

1. There Were Reports of Multiple Knifings & a Terrorist May Have Attacked a Baby Stroller

Although the terrorists in Spain used cars – and may have had explosives they never managed to use against civilians – the incident in Turku, Finland was being reported as a knife attack, reported CNN. According to The Associated Press, “six people were injured, one man and five women, and …a woman with stroller was attacked by a man with a large knife.”

The number of victims or exactly how the incident unfolded was not yet clear, although it appears that at least one person has died. Jesse Brown, 29, described to NBC what he witnessed at the scene: “I saw police shoot a man. People were running and there was talk about possible knife attackers. I saw an injured person, a man, at the market square.” 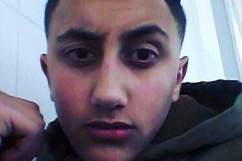 2. The Public Was Asked to Avoid the City Center

NOW: AP is reporting there's been a mass stabbing in Finland, in the city of Turku. pic.twitter.com/BrtBUCKzhN

The knife attack appears to have focused on Turku’s downtown as people were urged to avoid the city center of the Finnish city. According to The Associated Press, people were seen lying in Puutori square.

Although one attacker was in custody, BBC reported that the public was warning that other suspects might still be at large.

Security was increased at Helsinki airport in Finland as a precaution, reported Politico.

3. The Main Attacker Was Shot

#BREAKING: Here are some photos of the situation in the centre of Turku, Finland. (Photos by unknown) pic.twitter.com/HtLVUXuzK5

CNN reported that “Police in Finland have shot and arrested a suspect after several people were stabbed in the city of Turku.” It’s not yet clear whether any other attackers were involved.

The Associated Press reported that the Turku attacker was shot in the leg. The assailant’s background and name were not yet known. According to CBS News, one person was arrested.

The Finnish horror comes just a day after Spain dealt with two terrorists attacks. In the first, a trio of terrorists rammed into a crowd of people on a busy tourist promenade, killing at least 13 and injuring 100.

Then, in nearby Cambrils, a group of five terrorists was killed after they showed up in a car to stage another attack, Spanish police said. More injuries were also reported in that tourist town. There was also an explosion in a Spanish house that was attributed to one of the terrorists working with explosives.

Spanish police now say they think an ISIS terrorist cell of about 12 people was at work.

It’s not yet clear whether ISIS had anything to do with the attack in Turku, Finland. However, the Islamic State did claim responsibility for the twin attacks in Spain the day before, a claim that authorities are working to verify.

Loading more stories
wpDiscuz
1
0
Would love your thoughts, please comment.x
()
x
| Reply
There was a report of a possible knifing terror attack in Turku, Finland, in which police shot an attacker who stabbed people.