UPDATE 8/9/17 @ 4:31 a.m. EDT: According to CP24, the dog seen in the video below has been seized by the Ontario Society for the Prevention of Cruelty to Animals. The woman abusing the Chinese crested dog has charges pending against her. Original story below.

A viral video that shows a woman abusing her dog on the subway near the Bloor–Yonge station in Toronto, Canada has animal lovers looking to identify the woman. The video of the abuse was shared on YouTube by Roxy Huang on August 4. Huang writes:

It happened today, Aug 4, 2017, on [Toronto Transit Commission]. I just finished work and got on TTC at Bloor-Yonge station. This trash non-stop hits her dog and pulled its hair. I was so furious to see anyone who abuse animals, esp dogs. After few mins, a man walked to her and asked her to stop, meanwhile, a man walked to driver’s room. The whole train stopped, more than 3 TTC staff walked to her and then she got off the train. Someone like her should never own a dog or a pet.

In the 3-minute long video, the woman can be seen repeatedly striking and biting her dog while sitting on the subway. She yells at the animal, “Stop it now. Hear me?” The dog tries to flee her multiple times and cries and whimpers when it is dragged back by its leash, only to be struck by the woman again.

Eventually, a man comes up to her and says, “You gotta stop hitting your dog.”

The woman responds, “Pardon?” then quickly becomes defensive. “Who are you? What the f*** are you talking about?”

Other subway riders chime in once the man says something, with a woman off-camera saying, “You’re abusing that animal.”

The animal abuser ignores the comment and begins to tell the man who originally interceded in the violence that he’s standing “way too close” to her.

As the drama increases, the woman takes her dog and exits the subway as other TTC staff join the man who originally said something.

People on social media are furious at the abuse, with YouTubers commenting that Huang should send the video to the Ontario Society for the Prevention of Cruelty to Animals or Toronto Animal Services. However, other watchers of the video have suggested that the woman appears to suffer from some sort of mental health issue. 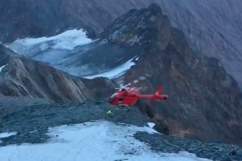 Loading more stories
wpDiscuz
22
0
Would love your thoughts, please comment.x
()
x
| Reply
A viral video that shows a woman abusing her dog on the subway near the Bloor–Yonge station in Toronto, Canada has animal lovers looking to identify the woman.