Dave Henneberry of Watertown, Massachusetts, has died. Henneberry is known to the public, especially to those living in Massachusetts, as the man who found Boston Marathon bombing suspect Dzhokhar Tsarnaev hiding in his boat that was in his backyard.

According to CBS Boston, Henneberry was 70 years old. His cause of death was not released.

Just five days after a set of pressure cooker bombs were set off near the finish line of the Boston Marathon back in 2013, police got a call about two suspects, Tamerlan Tsarnaev and his younger brother, Dzhokhar. The two men were involved in a police shootout in Watertown in which Tamerlan was wounded (and then run over by his own brother). Dzhokhar was able to get away, but he was wounded.

Below is a transcript of that 911 call.

Henneberry became somewhat of a hometown hero after hours of sheer terror and panic from people living in the area where the presumed dangerous suspect was hiding out. When Mark Wahlberg announced that he was making a film about the bombings, Henneberry was asked to be in the film. He agreed, though he did not play himself.

“Here I was and little did I expect to be in the movie with a talking part to Mark Wahlberg,” he told CBS Boston last year.

Henneberry is survived by his two stepchildren, Robert Duffy and Kelly Murray, according to his obituary. 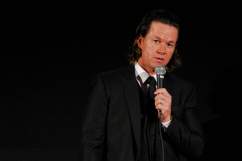 Loading more stories
wpDiscuz
0
0
Would love your thoughts, please comment.x
()
x
| Reply
Dave Henneberry has died. He is known for finding Dzhokhar Tsarnaev hiding in his boat after the Boston Marathon bombing.