Eduard Khil is the subject of today’s Google Doodle. Google chose to celebrate Khil today because it would have been his 83rd birthday today. Google writes about the man:

On this day in 1934, Eduard Anatolyevich Khil was born in Smolensk, Russia. Though famous in his sunset years for the viral YouTube comeback clip that tickled Western fans with its melodious “tro-lo-lo-ing,” the Soviet-era singer (aka “Mr. Trololo”) had made his mark decades earlier in his homeland.

Learn about the history of this Russian baritone singer and watch the “Trololol” song and video here that made him famous:

Khil was born Eduard Anatolyevich Khil on September 4, 1934, in Smolensk, Western Oblast, USSR, which is near the border of Belarus and Russia. His father, Anatoly Vasilievich Khil, was a mechanic, and his mother, Yelena Pavlovna Kalugina, was an accountant. According to a Russian biography about Khil, his parents separated and he was brought up by his mother during World War II.

During this time, he was briefly separated from his mother and his hometown was occupied by Nazi Germany. During his city’s occupation, Khil would perform for wounded soldiers at the local hospital.

While at Saint Petersburg Conservatory, Khil would perform in many operas, including The Marriage of Figaro.

2. He Fell in Love With Pop Music

After graduating from the Saint Petersburg Conservatory in 1960, Khil decided he wanted to be a pop artist. He began to enter song competitions and in 1962 he won the “All Russian Competition for Performers,” writes his biography. He was later invited to perform in the “Festival of Soviet Songs” in 1965.

His fame soon began to grow after this, and by 1974, Khil was presented with Russia’s most prestigious artist award, the People’s Artist of Russia, reports the Los Angeles Times.

Because of his fame, Khil was able to become a teacher at Saint Petersburg State Theatre Arts Academy between 1977 and 1979. During this time, he toured the world.

However, by the 1990s, his fame faded and Khil was performing at a cabaret in Paris.

3. He Was Married to a Ballerina

Khil met his future wife, the ballerina Zoya Pravdina, in 1958, according to Wattpad.

They met while they were both performing at the Leningrad Conservatory. They toured together during the summer and fall of 1958, and quickly began a romantic relationship, according to the Wattpad biography. They were married on December 1, 1958.

Khil and Pravdina were married for 54 years before his death. They had one son, Dmitri, born in 1963. He is also survived by his grandson, named Eduard after him, who was born in 1997. His son is also a musician, and Khil would perform at times in Russia with Dmitri in his later years.

4. He Became Popular Again in 2009 After His Song Was Posted on YouTube

The song had been done this way, as can be seen from a version of it from 1967.

According to a Russian interview with Khil, the “Trololo” song originally had clear lyrics that described a narrative about a cowboy riding a horse to his farm. They read in English, “I’m riding the prairie on my stallion, so-and-so mustang, and my beloved Mary is thousand miles away knitting a stocking for me.”

Soon after its appearance online, the “Trololo” song was featured on such programs as The Colbert Report and Jimmy Kimmel Live!

Khil originally wasn’t a fan of the newfound fame, however, with the Christian Science Monitor reporting that Khil thought it made a fool out of him. But Khil later took the fame with a bit of irony, according to the Washington Post.

“From his grandson, he learned that T-shirts and mugs with his image had become available in the West, and he joked that he never earned a kopeck from them,” Mikhail Sadchikov told the Washington Post. “He was also very optimistic, positive and ironic at the same time.”

Khil died in 2012 at the age of 77 from complications of a stroke, according to the Washington Post.

Russian President Vladimir Putin issued a statement after Khil’s death, offering his condolences to the family.

“I offer my sincere condolences on the tragedy that has struck your family and share the grief felt by all fans of Eduard Khil’s talent, his great flair and brilliant, positive energy,” Putin said. “His name is connected to an era in the history of Russian music. Eduard Khil was unique in his extraordinary charm and lyricism, constant in his professionalism, vocal culture and creative taste. Many of the songs he performed became part of the golden fund of the Russian stage.”

Since its resurgence, his song has been featured on many shows, such as Family Guy above. Friends told the Washington Post that Khil was amused by the parodies of his songs, and liked the performance by actor Christopher Waltz the best:

Today’s Doodle is an animation of that viral “Trololo” clip. Khil takes the stage in a drab brown suit and mustard-colored tie and happily breaks into his signature “tro-lo-lo-ing,” his expressive eyebrows dancing to the beat. A round of applause for “Mr. Trololo” on what would have been his 83rd birthday!

Khil told the Moscow Times before his death about hearing his grandson singing his song, “I asked him, ‘Why [are] you singing it?’” Khil said. “He told me, ‘Grandpa, you’re home drinking tea here, [and] in the meantime, everyone’s singing your song on the Internet.’

“I love it,” Khil said. “People [are] doing parodies, having fun. It unites them.” 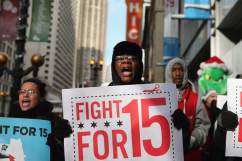 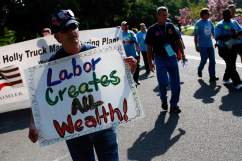 Labor Day 2017: Why Is Labor Day in September in the United States & Canada?

Read More
5 Fast Facts, Google Doodle, Russia, Youtube
Eduard Khil is the subject of today's Google Doodle. Learn about the history of this Russian baritone singer and watch the "Trololol" song and video here that made him famous.