An explosion at Fort Bragg in North Carolina killed one soldier and left several others injured. Fort Bragg officials have confirmed that seven soldiers were injured in the explosion, but have not given any further details about the extent of those injuries.

“We‘re looking into an incident that occurred today on Fort Bragg,” said Lt. Col. Robert Bockholt, a spokesman for the United States Army Special Operations Command (USASOC). “It did incur injuries, but the extent of the injuries are yet to be determined,” Bockholt said, according to the Army Times.

The incident occurred on a firing range this morning during a training session, though it is unclear what might have caused the explosion, which has been called an accident.

According to Fox News, all of the soldiers involved were members of the USASOC. They were taken by helicopter to Womack Army Medical Center.

“Details right now are a little bit sketchy, but we have learned that this explosion occurred, we believe, on range #76 at Fort Bragg. It was during training by members of the U.S. Army special operations command,” said WRAL’s Gilbert Baez.

Staff Sgt. Alexander P. Dalida of Dunstable, Massachusetts, was killed in the explosion. The 32-year-old soldier had been enrolled in the Special Forces Qualification Course at the U.S. Army John F. Kennedy Special Warfare Center and School, according to ABC 11.

Fort Bragg is a military installation located near Fayetteville, North Carolina, and has been home to the United States Airborne for several decades. The 82nd Airborne Division was first assigned here after returning from Europe in 1946.

On Wednesday morning, 15 marines from California’s Camp Pendleton were taken to the hospital following a training exercise accident, according to Fox News. It does not sound like these two incidents were related in any way, but social media is already speculating and drawing comparisons. 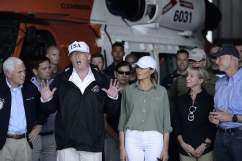