Several cruise ships are coming to the rescue to help victims of Hurricane Irma.

Royal Caribbean International is sending two cruise ships to the Caribbean to help with humanitarian aid and provide evacuations. One ship will head to St. Thomas in the U.S. Virgin Islands and another will go to St. Maarten in the Leeward Islands.

The cruise line said it has two other cruise ships, Empress of the Seas and Enchantment of the Seas, ready to help people in Key West, Tampa and other locations “once the impact of the storm is known.”

Norwegian Cruise Line said it is sending the Norwegian Sky to St. Thomas to help out.

“Acting as a responsible corporate citizen and supporting the destinations that our ships operate in is a core value of Norwegian Cruise Line. In the wake of this devastating storm, we will be deploying Norwegian Sky from her current position off the coast of Cancun to St. Thomas to assist in humanitarian efforts coordinated by the local government,” the company said in a statement on Saturday. 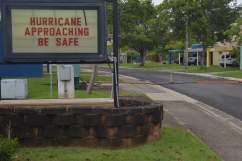 Royal Caribbean used one of its ships to evacuate employees from Miami on Friday. According to the Miami Herald, The Enchantment of the Seas evacuated 1,500 employees who work at the company’s PortMiami building.

Royal Caribbean evacuates employees via a ship sailing away from Irma https://t.co/0JopPYSNA2 pic.twitter.com/ko3B0CkUdW

Nineteen cruises have been canceled so far in the wake of Hurricane Irma, according to Cruise Industry News.

Hurricane Irma devastated several islands in the Caribbean, including St. Thomas and St. Maarten. The Category 5 storm killed dozens of people and caused billions of dollars in damage. 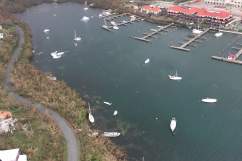 Hurricane #Irma, the most powerful Atlantic storm in a decade, leaves behind trail of destruction in the Caribbean https://t.co/pQYxTVm1u5 pic.twitter.com/SrqTc4hWpl

This is some of the destruction Hurricane Irma caused as it ripped through the Caribbean https://t.co/AMvM9jEZM5 pic.twitter.com/xqOBaz6zoq

Hurricane Irma was downgraded to a Category 3 storm as it passed over the northern coast of Cuba on Saturday. But the National Hurricane Center said it was expected to regain strength as it heads toward Florida.

The core of Irma will continue to move near or over the north coast of Cuba this afternoon, and will reach the Florida Keys Sunday morning. The hurricane is expected to move along or near the southwest coast of Florida Sunday afternoon.

The storm currently has maximum sustained winds of 125 miles per hour, but is expected to become a Category 4 hurricane by the time it makes landfall in Florida.

⚡️ “Irma expected to strengthen as it moves north towards Florida” by @NWShttps://t.co/u22bT6NOwH 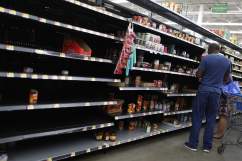