Ever since May, when President Trump established his Presidential Advisory Commission on Election Integrity (colloquially known as the “Voter Fraud Commission” or “Voter Fraud Panel”), critics have slammed it as a partisan effort to suppress voter turnout, especially among minorities, and generate support for Trump’s baseless claims that he would’ve won the popular vote in addition to the electoral college if not for widespread voter fraud.

Last week, Colorado Democratic Senator Michael Bennet, along with his Democratic Senatorial colleagues Cory Booker of New Jersey and Amy Klobuchar of Minnesota, wrote a letter to the Government Accountability Office (the federal government’s watchdog agency) asking the GAO to investigate the Presidential Advisory Commission on Election Integrity. On Oct. 26, Bennet said that the Government Accountability Office had accepted the request to investigate. Here’s five things to know about the matter:

1. Trump and Various Supporters Have Made Unsubstantiated Claims of Voter Fraud Since Before the Election 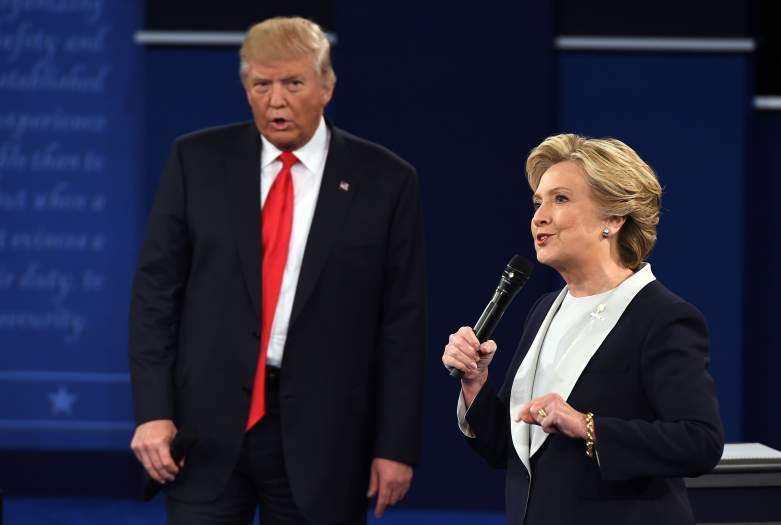 During the 2016 election season, then-candidate Donald Trump repeatedly claimed that the upcoming election might be rigged against him, and if he lost the election there’s a good chance voter fraud might be to blame. In August 2016, for example, he urged supporters in Pennsylvania to keep an eye out for fraud: “We’re going to watch Pennsylvania. Go down to certain areas and watch and study and make sure other people don’t come in and vote five times. If you do that, we’re not going to lose. The only way we can lose, in my opinion — I really mean this, Pennsylvania — is if cheating goes on.”

Trump repeated his claims of voter fraud throughout the election season. In October, during his third debate with Democratic candidate Hillary Clinton, he even used it as a possible excuse to refuse to accept the results if he lost the election, infamously promising “I will totally accept the results of this great and historic presidential election if I win.” Also that month, during a speech in Green Bay, Wisconsin, Trump made the baseless claim that “It’s possible that non-citizen voters were responsible for Obama’s 2008 victory in North Carolina.”

Of course Trump won the November election — at least the electoral college, though he lost the popular vote by over three million people. But he still did not completely accept the results: on Nov. 27, for example, he tweeted that “In addition to winning the Electoral College in a landslide, I won the popular vote if you deduct the millions of people who voted illegally.”

Trump repeated such claims off and on through the following May, when he established the Presidential Advisory on Election Integrity with an executive order.

2. The Commission has Been Accused of Overstepping Boundaries Before

President Trump wants to make it harder for you to vote. That's an affront to the power of America's democracy & I won't stand for it. pic.twitter.com/23shFxgzQ1

When Trump established the commission in May, he made Vice-President Pence the chair and controversial Kansas Secretary of State Kris Kobach the vice-chair. Kobach was and is a controversial figure with a longtime history of making inflammatory (and arguably racist) remarks. Among other things, he helped write a now-notorious 2010 Arizona immigration law infamously requiring legal immigrants to carry their identification documents with them at all times. The law would’ve given police authority to stop anyone they suspected of being in the country illegally and demanding to see ID, on pain of a $500 fine. (The Supreme Court struck down most of the bill, including the papers-please requirements, in 2012.) As a radio-show guest, Kobach also made the infamous suggestion that the administration of then-president Obama might stop prosecuting black criminals. On another radio-show appearance, he suggested Hispanics might conduct “ethnic cleansing” in the United States. As Kansas’ Secretary of State, he implemented a series of strict voter ID laws and suspended or canceled more than 30,000 voter registrations in the state (and is facing several lawsuits as a result). He also writes columns for the far-right media outlet Breitbart.

In June, Kobach sent letters on Presidential Advisory Commission letterheads to 50 Secretaries of State demanding certain information from their state voter rolls, including their names, addresses, dates of birth, political party registration, felony records, the last four digits of the Social Security number, and voting histories dating back to 2006, among other details.

The majority of state secretaries refused to comply with Kobach’s request, inspiring an angry July 1 tweet from the president: “Numerous states are refusing to give information to the very distinguished VOTER FRAUD PANEL. What are they trying to hide?”

Numerous states are refusing to give information to the very distinguished VOTER FRAUD PANEL. What are they trying to hide?

By July 5, 44 states plus Washington, D.C. had refused at least part of Kobach’s request, either by refusing altogether or excluding some of the requested information. In some states, such as Texas, judges stepped in with rulings forbidding the state secretaries from complying.

By October 18, when the three Democratic Senators sent their letter to Gene Dodaro, the Comptroller General of the United States, they accused the panel of lacking transparency in their actions, possibly due to actions which would wither under scrutiny:

… the PACEI has ignored numerous requests from Members of Congress seeking clarification on the PACEI’s activities. Open record requests and court documents from litigation have provided some insight into the creation and operations of the PACEI, which we believe are cause for serious concern. Additionally, investigative reports raise questions about the partisan motives and actions of the Commission.

The letter went on to request that the GAO examine “the amount of all Federal funds expended to support the work of the PACEI,” what the panel has done “to address voter participation,” how it forms the basis for its conclusions regarding voter fraud and similar matters, how it protects the voter information it collects, and “steps the PACEI took to adhere to regulations governing its activity.” It also asks the GAO to conduct the investigation “within six months of the termination of the PACEI.”

4. The GAO Responded by Calling the Investigation “Within the Scope of Its Authority”

The GAO responded on Oct. 25, and the next morning, Senator Bennet released the letter on Twitter under the message “BIG NEWS: @USGAO accepts our request to investigate @POTUS “Voter Fraud” Commission.”

The letter, signed by Katherine Siggerud, GAO’s Managing Director for “Congressional Relations,” told Bennet and his two co-signers that “GAO accepts your request as work that is within the scope of its authority. At the current time, we anticipate that staff with all the required skills will be available to initiate an enagement in about five months.”

On Twitter, Bennet followed up his initial tweet with a thread explaining some of the background and linking to relevant news stories: “A little background: ‘Voter Fraud’ Commission has been partisan & questionable since conception. The Commission’s lack of transparency is unacceptable—and even its own members are questioning its integrity.”

The three signatories to Bennet’s GAO request have all been outspoken critics of Trump.

Amy Klobuchar has represented Minnesota in the Senate since 2006; before that she was a state prosecutor who said she made “prosecution of violent and career criminals her top priority.” She was the first woman Minnesota ever sent to the Senate, and she called her 2015 memoir ““The Senator Next Door: A Memoir From The Heartland” and “anti-Trump book” over a year before Trump was actually elected. As a member of the Senate Judiciary Committee, she helped create a commission to investigate whether Russia had interfered in the 2016 elections.

Before becoming a senator, Cory Booker first rose to national attention as the mayor of Newark, New Jersey. He was one of the first politicians known for using Twitter to communicate directly with his constituents. In 2012, after Hurricane Sandy destroyed large parts of the New York/New Jersey metropolitan area, then-Mayor Booker took to Twitter to help his Newark neighbors, offering refuge to those who had lost power and also offering blankets and other supplies to people who needed them.

I can deliver baby supplies. Can u DM me your exact address? RT @_CodeRedd_Boss I live in Oscar Miles Village and I have a 2 week old baby.

In 2010, after a particularly brutal blizzard hit Newark, Booker used Twitter to personally connect with Newark residents and oversee the work of plows and shovelers. That December, Time magazine wrote about Booker’s Twitter activity during and after the storm, and the way he “turned the microblogging site into a public-service tool.” Booker was elected to the Senate in 2013.

Michael Bennet has been a senator since 2009. He was born in New Delhi, because his father was then working as an aide to the then-current U.S. ambassador to India. His paternal grandfather had been an adviser to President Franklin Roosevelt, but his maternal grandparents were Polish Jews who spent part of World War Two imprisoned in the infamous Warsaw ghetto. Last July, during a discussion with other U.S. lawmakers aired by CBS news, Bennet famously claimed that Vladimir Putin “couldn’t ask for a better friend” than President Trump. 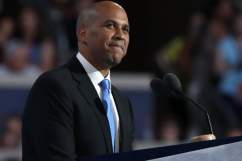