Several people were killed and numerous others were injured after a truck drove through a pedestrian and bike lane Tuesday afternoon in Lower Manhattan, the NYPD says.

The NYPD and FBI are investigating this as a terrorist incident. The suspect, who was shot and wounded by police, has been identified as 29-year-old Sayfullo Saipov. His last known address was in Tampa, Florida, ABC News reports. He remains hospitalized, but is expected to survive. Authorities said there is no evidence of a larger plot.

The chaotic incident began about 3:10 p.m. local time, police said. A vehicle, appearing to be a truck rented from Home Depot, entered the West Street path a few blocks north of Chambers Street, police said. The truck struck “multiple people” on the path, according to police. The vehicle “continued south striking another vehicle,” which witnesses said was a school bus.

The suspect then exited the truck, “displaying imitation firearms” and was shot by the NYPD, according to police.

“It is a very painful day in our city. Based on the information we have at this moment, this was an act of terror and a particularly cowardly act of terror aimed at innocent civilians, aimed at people going about their lives who had no idea what was about to hit them,” Mayor Bill de Blasio said at a press conference.

1. At Least 8 ‘Innocent’ People Were Killed in the Attack & More Than a Dozen Wounded,
the Mayor Says

At least 8 “innocent people” were killed and more than a dozen wounded, Mayor Bill de Blasio said at a press conference.

All media responding to the incident in Lower Manhattan are asked to meet DCPI reps at Chambers Street and Greenwich Street. pic.twitter.com/p96qq0CQ1a

The attack is the first act of terrorism with fatalities in New York City since 9/11.

NBC New York’s Jonathan Dienst reports that 15 people have been injured as a result of the incident.

De Blasio asked people to be vigilant, and said there would be more officers on the street as people are expected to be out for Halloween. 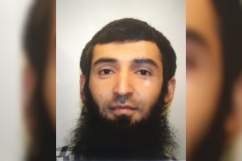 2. Witnesses Told Police They Heard the Attacker Yelling ‘Allahu Akbar’ During the Incident

Police sources told CNN that witnesses told investigators they heard the suspect yelling “Allahu Akhbar,” the Arabic phrase that means “God is greater,” and is often yelled by terrorists during attacks.

The FBI has taken over the lead investigation.

Trucks and vehicles have been used in terror attacks in Europe and elsewhere in the world. ISIS has encouraged its followers to use vehicles as weapons.

Governor Andrew Cuomo said it appears to have been a “lone wolf” attack carried out by one individual, but an investigation is ongoing. He said terror groups, like ISIS, have called for “lone wolves” to attack in the manner of what happened Tuesday. He said there is not any continued known threat to the area.

.#BREAKING Ray Kelly now believes this was a deliberate act by driver on the West St bike path #abc7ny pic.twitter.com/4xs01O5hsF

ABC New York reports that the truck in question is a pickup truck. The truck being circulated in photos on social media appears to be a Home Depot rental truck.

NYPD counter-terrorism officers could be seen along with the FBI.

A police briefing is scheduled for 5:15 p.m.

3. The Suspect Was Taken to the Hospital With a Gunshot Wound to the Leg

The suspect suffered a wound to his leg and was taken to the hospital alive, CNN reports.

An officer was in the area and is being credited with stopping the attack quickly.

Police have said that they are not seeking any other suspects at this time. The shooter is alive after being shot in the leg by responding officers.

ABC New York reports that a gun recovered at the scene has been deemed “fake or unusable.”

The suspect has not been identified.

4. The Suspect Intentionally Rammed Into Pedestrians & a School Bus

A witness told CNN that the suspect intentionally drove into a school bus after striking multiple pedestrians. The suspect then got out of the car and was walking around the street before he was shot by police and taken into custody.

Witnesses also say the truck driver was intentionally hitting pedestrians and cyclists in the path before the truck crash.

“What I saw was that the driver — he didn’t look like he was bleeding,” said Ramon Cruz, a witness told CNN. “He was dragging his foot. He looks frustrated, panicked, confused. People are running past me, saying, ‘He’s got a gun. He’s got a gun.” I didn’t see any gun.”

A Stuyvesant High School student told the New York Post, “What happened was there was a car crash … he came out of one of the cars. He had two guns. We thought it was a Halloween thing. He started running around the highway. There was another guy in a green shirt that was chasing him around.”

“I heard four to six gunshots — everybody starts running,” she added.

Musician Josh Groban was in the area, and tweeted, “Oh my god I just heard gun shots and ran with my dog. Downtown. F–k.”

The area around the incident remains locked down. The NYPD, including Counter-Terrorism officers, and the FBI are on the scene, along with other agencies.

5. Witnesses Initially Thought It Was a Halloween Prank

shooting on the west side highway https://t.co/Ep7BAl4Lcv

Multiple witnesses have said that they initially thought the incident was a Halloween prank.

“I thought it was Halloween (prank) or something,” witness Tawhid Kabir told the New York Daily News. “I saw the gun running in a circle and I realized it was serious.”

One witness wrote on Twitter, “Jesus! A car just ran over two people and then crashed into a school bus. I see two dead bodies and Citibikes on the floor destroyed.”

Another witness told the Daily News he “saw two trucks crash into each other and then a heavy set man get out of one in a blue tracksuit and chase someone, firing five or six times.” The suspect is thought to have been shot by police.

Police are searching along the bike path close to the West Side highway in the search for more possible victims, reports ABC New York. The victims will be treated at Bellevue Hospital. The NYPD’s bomb squad has been called to the scene to investigate. 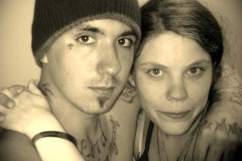 Loading more stories
wpDiscuz
0
0
Would love your thoughts, please comment.x
()
x
| Reply
At least eight people are dead and numerous others are wounded after a truck drove through a pedestrian path in Lower Manhattan in an apparent terror attack.