David Meade had originally told The Washington Post that an astronomical event on September 23 would lead to the Earth’s destruction. He believed that because September 23 marked exactly 33 days since the August 21 eclipse, it was an omen.

September 23 meant the end of the “Church Age,” he claimed on his website. The trumpet judgements would begin to appear, although, he said “we don’t know the exact sequence or what countries or people will be primarily affected.”

Meade also believed that Planet X (aka Nibiru) would crash into the Earth in October, but then moved that date up to September 23. He reiterated to the Post: “The world is not ending, but the world as we know it is ending. A major part of the world will not be the same the beginning of October.”

Then September 23 came and went.

October 15 will mark the beginning of seven years of tribulation, he said.

That’s when the action starts. Hold on and watch—wait until the middle of October and I don’t believe you’ll be disappointed.”

Things to watch out for, he said, include losing electrical power around the world, which would lead to war, famine, and other perils.

Do you think the world is ending on October 15? Is the apocalypse at hand?Let us know in the comments below. 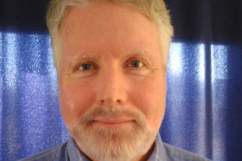 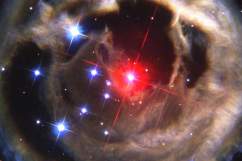 Loading more stories
wpDiscuz
0
0
Would love your thoughts, please comment.x
()
x
| Reply
Is the apocalypse heading our way on October 15? Since Sept. 23 did not happen, David Meade has set his sights on Oct. 15 for the end of the world.