Richard Spencer, a known white supremacist, has made waves with his appearances across the country. He’s given speeches at numerous universities, quoting Nazi propaganda and denouncing Jews during some.

Spencer’s speeches have brought forth many protests, some which have turned violent as Antifa clashed with the demonstrators.

Spencer had been married to Nina Kouprianova for years, but it was reported they separated last year. However, recent reports indicate they’re still together and live in Montana with their daughter.

1. Kouprianova Was Born in Russia & Immigrated to Canada

According to a September interview with Observer, Kouprianova was born in Moscow and then moved to Canada with her family. She said that her parents were scientists and “part of the well-known brain-drain immigration wave of” the mid-1990s in Russia.

While she was raised in Russia and spoke the native language, she studied English a lot while growing up, and said she had virtually no problem adjusting to everyday use of the language. But she was met with a “culture shock” upon making the move while trying to adjust to the Canadian lifestyle.

Kouprianova is active on Twitter about an array of issues. 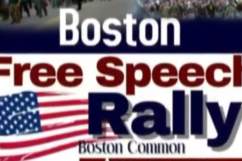 2. Kouprianova & Spencer Met 6 Years Ago & Have a Child Together

Kouprianova first met Spencer in 2009, back when he was an editor at Takimag. She said that she was intrigued by his interest level in the Ron Paul for president movement and they started a romantic relationship together.

They got married shortly thereafter and now have a young daughter together. The family resides in Whitefish, Montana.

Because of the amount of criticism Spencer receives, Kouprianova said her family is the victim of many “witch hunts.” She wrote a letter to the Flathead Beacon describing the personal attacks as to the way her grandfather was forced to live in the Soviet Union. She spoke about an incident in 2014 when she suffered constant threats of violence because of her husband’s controversial views and outspokenness.

I was heavily pregnant at that time and feared complications due to incurred stress. Recently, things have escalated further. Our family has received numerous threats of violence, and addresses thought to belong to us were illegally publicized inviting people with baseball bats to pay us a visit — in fact, a writer for Politico was asked to resign for doing so. Our extended family, friends, acquaintances, and associates had their business and livelihoods threatened with boycotts or anonymous phone calls to their respective places of employment. Many of these actions occurred under the Orwellian banner of “human rights.”

Having grown up in the Soviet Union, I am particularly sensitive to such witch hunts. They bring up painful ancestral memories. In the 1930s, a number of my family members had perished in the Stalinist system. One of them was my great grandfather, a priest in the Russian Orthodox Church. As a community leader, he was seen as a threat to the new atheist government. My great grandfather refused to publicly deny the existence of God, and local Communist authorities imprisoned him. Then — according to the information that we received — they shot him right in his jail cell. My grandfather grew up as the son of the “enemy of the people.” Threats and intimidation, which my current extended family continues to experience in Whitefish, remind me of the way my grandfather was forced to live.

Like her husband, Kouprianova has also been outspoken, but primarily on Russian politics and has previously said the country’s invasion of eastern Ukraine was a “liberation war.”

In the Observer profile, she said that she supports some of the things President Donald Trump has done, but finds others “disappointing.”

“He failed to drain that proverbial swamp,” she wrote in an email to Observer.

3. Kouprianova Said Her Beliefs Aren’t Really on the Political Spectrum

I'm so glad I was able to squeeze in a little outdoor front crawl over the weekend. ? After all, today's air quality from the forest fires ? rapidly became so dismal that I felt like I'm living inside a barbecue! I was actually crazy enough to try swimming once–when the air quality was in the red zone due to particle content–a few years ago. It took me a few minutes to figure out why I had so much trouble breathing. ?In other words, don't try this at home, kids! #summer #sommer #swim #adventure #outdoors #openwater #outside #me #selfie #i #ich #je #moi #я #плавание #селфи #себяшка #私 #fit #夏 #outside

While Spencer’s political beliefs swing far right, Kouprianova said to Observer that she can’t put herself on a political compass. She described her beliefs as being “beyond left and right.”

Kouprianova says that she owns some left wing economic beliefs — like universal health care — while also has conservative social beliefs.

While Spencer is the inventor of the alt-right movement, she told The Daily Beast that she’s “not a member of any movement.” That includes white nationalism, she said via email to the news outlet.

In her letter to the Flathead Beacon, she described her husband as “a thinker and political activist in the alt-right, who promotes positive identity for peoples of European descent around the world.”

Kouprianova also said she thinks Spencer is being misrepresented by the establishment media the same way they do in Syria and Iraq. 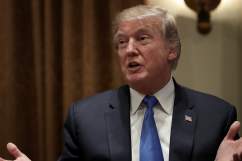 4. Spencer Said Recent Events Took a ‘Toll’ on Their Relationship & They Separated Briefly

In a November 2016 profile by The Washington Post, Spencer said he was currently separated from Kouprianova.

“What I’m doing it hard,” he told the newspaper. “It can have a toll on a relationship.”

In an April 2017 appearance at Auburn University, Spencer said during the Q&A session that he and Kouprianova were still together despite the separation.

A profile on Spencer by Mother Jones revealed that Spencer dated an Asian American woman before Kouprianova, saying that some of his supporters would “find that terrible.”

5. Kouprianova Has Translated Several Russian Books by a Controversial Figure

Throughout the past year, Kouprianova has worked at translating the writings of Alexander Dugin, a Russian political philosopher known for his neo-facist views, on a volunteer basis. There have been past reports of Dugin’s possible ties to Russian President Vladimir Putin, though Kouprianova, who said she’s never met Dugin in person, told The Daily Beast there’s “no evidence” of any communications between the two. Dugin’s name recently appeared on a U.S. government list of sanctions because of his believed ties with Putin.

The books have been published by Spencer’s publishing company Washington Summit Publishers.

Kouprianova said that she’s a supporter of Putin because “he brought his country back from the brink of collapse of the 1990s.”

Read More
5 Fast Facts, Breaking News, WAGs
Richard Spencer, a known white supremacist and inventor of the alt-right, is married to Russian Nina Kouprianova. They have one child together.