The mother of a 32-year-old woman killed in a car-ramming attack in Charlottesille, Virginia is speaking out about the joy and generosity her daughter brought to the world and her family.

Heather Heyer, a native of Ruckersville, Virginia, graduated from William Monroe High School in 2003 and worked as a paralegal for a law firm in the area. Her social media accounts are full of messages condemning hate, injustice and racism, and her family is saying combating those issues in America was one of the things that were important things to her.

But now, her family is left grieving with broken hearts and without their daughter and friend, as she was killed when a male suspect drove his car into a group of peaceful counter protesters.

“Through tears and from the hospital she said our daughter’s gone,” Heyer’s father Mark told WESH about when he heard the news. “I kind of lost it, I kind of freaked, you know?”

1. Heyer Was Killed When a Car Rammed into Her & Others

Heyer was participating in a counter protest of a “Unite the Right” rally in Charlottesville. The rally brought hundreds of white supremacists from around the nation in what organizers described as an opportunity to protest a proposal that would’ve removed a Robert E. Lee statue from a local park.

Heyer, along with hundreds of others, were marching down a street August 12 holding things such as LGBTQ flags and “Black Lives Matter” signs when tragedy suddenly struck.

The suspect, identified as James Alex Fields Jr., 20, allegedly drove a vehicle into the large group of counter protesters. Disturbing video footage shows the moment the car slammed into people before speeding back out in reverse as others attempted to chase it down. The tragic incident killed Heyer and injured another 19 people.

Heyer’s mother, Susan Bro, told NBC News that her daughter was at the demonstration with friends and was hit by the car as she was trying to cross the street.

“She was plowed down by a young man who was intent on spreading hate and thought hate would fix the world,” Bro told the news outlet. “And hate does not fix the world.”

2. Bro Described Her Daughter as a Loving Person & Her Father Forgives the Suspect

Bro spoke to the Huffington Post one day after her daughter’s death. She told the news outlet that Heyer was at the counter protest to try and “bring an end to injustice.” She tearfully added that her daughter’s goal was always to stop hatred in the world.

According to her LinkedIn page, Bro works as an administrative assistant at Virginia Tech, a position she’s held for nearly seven years. There, she’s responsible for handling phone calls, receiving clients and directing them to the right university employee.

Bro continued that although her daughter’s life was cut too short, she’s proud she was doing what she loved to do.

“I’m very sorry that (Fields Jr.) chose that path because he has now ruined his life as well as robbed a great many of us of someone we love very much,” Bro said. “No mother wants to lose a child, but I’m proud of her. I’m proud of what she did.”

Heyer’s father Mark described his daughter in a similar way, saying to WESH that she was a “Strong opinionated woman that was willing to stand up for what she believed in.” He added that he forgives Fields Jr. for committing the act.

“I don’t hold any ill will toward this young fellow who did this, he’s stupid, OK,” Mark said to the news outlet. “He’s only 20 years old. It don’t have enough sense to make a lifelong decision about nothing, you know. 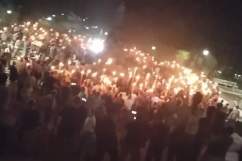 3. Bro Said Heyer’s Desire to Help Others Started When She Was a Child

Bro told the Huffington Post there was no question Heyer had a willingness to stand up for injustice, and the desire to do so started at a very young age. She said her daughter often reached out to the underprivileged and was “charitable.”

Often times, Heyer would open up her home to “friends who were having a hard time,” sometimes letting them stay with her for months, and a friend said she recently helped her file for bankruptcy at no cost.

“She always had a very strong sense of right and wrong,” Bro said to the HuffPo. “She always, even as a child, was very caught up in what she believed to be fair. Somehow I almost feel that this is what she was born to be, is a focal point for change. I’m proud that what she was doing was peaceful, she wasn’t there fighting with people.”

Bro told NBC News that she’ll be remembered a a “fun-loving, tenderhearted person” who she tried to teach to be open and respectful in any situation.

“I always encouraged her to be strong and strong-minded — even though that wasn’t always easy to raise — but I was always proud of what she was doing,” she said.

4. Neighbors Have Paid Tribute to Heyer & Her Family

A neighbor of #charlottesville victim Heather Heyer tells me this morning, "She lived her life like her path — and it was one of justice." pic.twitter.com/3jzHuK9pVo

After news of Heyer’s death was confirmed, the surrounding community reached out with open arms to support her family. One of Heyer’s neighbors told the Huffington Post’s Andy Campbell things similar to what her mother described. The neighbor said Heyer “lived her life like her path — and it was one of justice.”

Heyer’s friend, Lauren Moon, told USA Today she’d been friends with her since third grade and always knew her as a compassionate person.

“She always stands up for what she believes in, and we had spoken about mixed race couples and families,” Moon said.

Tributes for Heyer flooded social media from numerous the world, including as far as in Tokyo, Japan.

Hurting for home so I walked through Shibuya Tokyo for 2 hrs with this sign. Rest in power patriot Heather Heyer ❤️ pic.twitter.com/XFKve8gcCv

NBC 29 in Charlottesville reported that Heyer was a server at a local cafe, who paid tribute to her hours after she was pronounced dead.

.@PDeLuca29 reports: Heather Heyer was a server at Cafe Caturra on the UVA Corner. Today the restaurant honors her memory. pic.twitter.com/min8lLTbWY

A former high school classmate of Heyer’s told USA Today that her friends and the community are all “mourning” her loss.

“We are all a part of a very tight-knit community,” she said. “Out entire town is mourning her loss and surrounding her family with our love and condolences.” 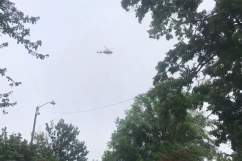 GoFundMeA GoFundMe page for Heyer has raised over $100,000 already.

Following Heyer’s death, a friend set up a GoFundMe page to support her family in their time of grieving. The campaign raised over $100,000 in less than 12 hours, and closed with $224,870 total donations.

“I have spoken with Heather’s mother as well as other family members,” campaign organizer Felicia Venita Correa wrote. “We are setting up the funds to be released to whomever they choose to be in charge of her estate. I thank you all for helping to decrease their stress level and for helping us honor Heather.”

Hundreds of people included tributes with their donations.

“We will never forget your sacrifice. Our thoughts and prayers are with your family,” Kathy Zatari said with her donation.

“When you and everyone else went to protect freedom Saturday, the last thought on anyone’s mind would be that of becoming a martyr in our nation’s struggle to maintain our democracy and freedom,” David Keyser wrote. “The last thing anyone wanted to be was an important name in our history books. But there you are now, Heather, and we will not let it be in vein.”

Loading more stories
wpDiscuz
23
0
Would love your thoughts, please comment.x
()
x
| Reply
The family of Heather Heyer, who died after a car rammed her and other counter protesters in Charlottesville, Virginia, are speaking out about her character.