At least nine of the lawyers on special prosecutor Robert Mueller’s Russia investigation team of 16 attorneys donated to Democrats, with most giving money to either the campaigns of Barack Obama or Hillary Clinton, a review of Federal Election Commission records shows.

(UPDATE: Since this article ran, more lawyers have been added to the team. You can read an updated version of this story here.)

Whether the donations matter is a question that tends to divide along partisan lines (conservative sites say it’s important; liberal sites like ThinkProgress argue that Trump himself previously donated to Democrats and say it’s irrelevant). However, the campaign donations are likely to receive more attention now that Mueller, according to CNN, is poised to announce the first criminal charges in the Russian probe. The New York Times is reporting that Mueller has indicted Manafort and his former business associate, Rick Gates.

Of the nine who donated to political candidates, all gave to Democrats (with one giving mostly to Democrats and also to two Republicans), five gave to Hillary Clinton and seven gave to Barack Obama. Putting it another way, of the nine with donations, 8 of those gave money to either Hillary Clinton or Barack Obama, and the ninth gave money to Senate Democratic candidates.

The Los Angeles Times reported that “at least seven of the 15 lawyers have previously given money to Democrats.” However, other lawyers have been added to the team since that time. The lawyers on Mueller’s team include mostly attorneys with backgrounds in the Justice Department, Solicitor General’s Office, and east coast U.S. Attorney’s offices. In addition, one of the team members is married to a U.S. District Judge who is an Obama appointee, and another served as a clerk for liberal Supreme Court Justices Ruth Bader Ginsburg and Elena Kagan.

In June, CNN reported that “three members of the legal team known to have been hired so far by special counsel Robert Mueller to handle the Russia investigation have given political donations almost exclusively to Democrats,” naming Jeannie Rhee, James Quarles, and Andrew Weissmann. That was before most of the lawyers on the team were identified, however. The list of Mueller team members with previous Democratic campaign donations has risen to nine.

A review of FEC records and news reports shows that these are the seven identified Mueller lawyers with no campaign donations to their names: Michael Dreeben (although some media outlets initially falsely reported a donation as his that was made by a person with the same name); Aaron Zebley; Lisa Page; Adam Jed; Aaron Zelinsky; Scott Meisler; and Zainah Ahmad. (A 17th member, Peter Strzok, who had no campaign donations, is no longer with the probe.) In addition, Justice Department spokesman Peter Carr joined the team as its spokesman; he previously served as spokesman for Republican Senator Orrin Hatch.

These are the nine Mueller team members who have donated money to political candidates in the past:

Andrew Weissmann is a veteran government prosecutor known for his controversial role on the Enron task force and for going after mob figures in New York. He’s known for his abilities at flipping lower-level defendants on bigger targets (and even going after family members), but Weissmann is controversial in other circles as some consider him an overreaching prosecutor who is sometimes overturned by higher courts.

He’s integrally involved in the Mueller team. On October 27, 2017, CNN reported, “top lawyers who are helping to lead the Mueller probe, including veteran prosecutor Andrew Weissmann, were seen entering the court room at the DC federal court where the grand jury meets to hear testimony in the Russia investigation.”

Weissmann is a Barack Obama and Democratic campaign donor, according to federal records. “Weissmann, who led the Enron investigation, previously gave $2,300 to Obama’s first presidential campaign in 2008 and $2,000 to the Democratic National Committee in 2006, the same year Democrats won control of Congress. FEC records do not show any donations by Weissman in the 2016 election cycle,” CNN confirmed.

Here are the Obama-related donations on the FEC website:

The Washington Post noted, “Records seem to indicate a duplicate donation on the same day, though …Weissmann could confirm only one and would have to review records to assess whether the other might have been a recording error.” 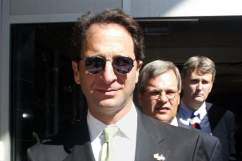 She also donated large amounts of money to Obama in 2008.

“Rhee also has contributed smaller amounts of money to the Democratic National Committee and other Democrats running for Congress,” Fox News reports. FEC records show she also gave $500 in 2013 to Udall for Congress. Mark Udall, a former Democratic senator from Colorado called Trump a “showboater with an ego bigger than the mountain” in 2016. She also donated money to Sheldon Whitehouse, a Democrat from Rhode Island.

Here are the Clinton donations from the FEC website:

In 2011, she rejoined the Boston law firm WilmerHale “as a partner in the Litigation/Controversy Department and a member of the Investigations and Criminal Litigation Practice. Ms. Rhee will resume her practice focused on advising clients who are the subject of government investigations, including white-collar criminal investigations, False Claims Act allegations and securities enforcement matters.”

The WilmerHale press release said that Rhee had served “for two years as a Deputy Assistant Attorney General in the Office of Legal Counsel for the US Department of Justice, where she advised the Attorney General, the White House and senior agency officials on constitutional, statutory and regulatory issues regarding criminal law, criminal procedure, executive privilege, civil rights and national security.” She has also served as an assistant U.S. attorney in the U.S. Attorney’s office in the District of Columbia where she was involved in the “successful prosecution of officers of the Washington Teachers’ Union. Ms. Rhee also served as a legislative fellow in the office of former Senator Tom Daschle and as a counsel in the US Department of Justice’s Office of Legal Policy.”

Andrew Goldstein came to Mueller’s team from the U.S. attorney’s office in New York, where he once served under Trump critic Preet Bharara. According to NBC News, “Goldstein was former U.S. Attorney Preet Bharara’s top public corruption prosecutor and kept the same role under Acting U.S. Attorney Joon Kim. He’s known for multiple successful prosecutions of New York lawmakers on corruption charges. He’s also highly regarded in the Southern District and across Justice for those prosecutions, his thoroughness in investigations, and high level of success.”

FEC records show that Andres has donated money to Democratic candidates for U.S. Senate. Here’s the FEC document of the latest of those donations:

According to Reuters, “Most recently a white-collar criminal defense lawyer with New York law firm Davis Polk & Wardwell, Andres, 50, served at the Justice Department from 2010 to 2012. He was deputy assistant attorney general in the criminal division, where he oversaw the fraud unit and managed the program that targeted illegal foreign bribery.”

FEC records show that James Quarles has donated thousands of dollars to the campaigns of Hillary Clinton and Barack Obama. He has also donated money recently to other Democrats, including Friends of Chuck Schumer and two other Democrats. He has a lengthy donation history dating back years. He did donate to two Republicans over the years: According to FEC records, he gave $2,500 to Friends of Jason Chaffetz, the Utah Republican. He also gave money to then Senator George Allen, a Virginia Republican, in 2005. Most of his giving is to Democrats, however. According to The Washington Post, his donations to Democrats totaled more than $30,000 in 2016.

He also gave thousands of dollars to Obama both in 2008 and 2012. Fox News noted, “Most recently, in October 2016, Quarles donated $2,700 to Clinton’s presidential campaign. Quarles also donated over $7,000 to Obama over the last decade.”

Quarles has quite a legal pedigree. He “started his career working on the Watergate Special Prosecution Force,” The Independent reported. Noted CNN, “James Quarles has spent the last several years at a private firm focusing on complex litigation matters and management, but it’s how his career started that might prove critical….Quarles worked on the Watergate Special Prosecution Force, for which he served as an assistant special prosecutor.”

Elizabeth Prelogar gave $250 to Hillary Clinton in 2016, according to FEC records. She also gave $500 total to Obama for America and the Obama Victory Fund 2012. According to the National Law Journal, Prelogar “an assistant to the solicitor general, is working with deputy solicitor general Michael Dreeben in his part-time role in Mueller’s legal team.”

The National Law Journal noted, “Prelogar, a former law clerk to Justices Ruth Bader Ginsburg and Elena Kagan, is a Harvard Law School graduate and formerly worked in private practice at Hogan Lovells…Prelogar also appears to be fluent in Russian.” (She was also Miss Idaho 2004).

Brandon Van Grack gave small amounts to ActBlue, an effort to raise money for Democrats, and to a Democratic candidate for Congress in 2012. In 2008, he gave about $286 to Barack Obama.

According to his LinkedIn page, Van Grack is a special assistant U.S. Attorney in the National Security and International Crime Unit. He also served as a counsel to the Assistant Attorney General, and “Provided strategic legal advice and counsel to the Department’s leadership on national security matters, including cyber crimes, export controls, economic sanctions, espionage, and theft of trade secrets.” He was a law clerk to federal judge Thomas Hogan and was in private practice at Baker Botts LLP.

According to The Washington Post, “Atkinson is a trial attorney in the Justice Department’s fraud section. He donated $200 to Clinton’s campaign in 2016.”

CBS News named Kyle Freeny as one of the members of Mueller’s team. “Freeny is serving on detail from the DOJ’s Criminal Division’s Money Laundering and Asset Recovery Section,” reported CBS.

FEC records show that Kyle Freeny of the DOJ donated $250 to Hillary for America in 2016.

Loading more stories
wpDiscuz
0
0
Would love your thoughts, please comment.x
()
x
| Reply
Who are the lawyers on Robert Mueller's Russia investigation team? Nine are campaign donors of Democrats, including some to Hillary Clinton and Barack Obama.