YouTube Bowe Bergdahl was rescued by soldiers after he was held for five years by the Taliban as a prisoner of war.

Bowe Bergdahl will avoid a prison sentence following desertion and misbehavior before an enemy charges after he abandoned his post and was captured in Afghanistan in 2009. A military judge ruled November 3 that Bergdahl would be dishonorably discharged from the U.S. Army and would be required to pay a fine of $10,000. In addition, his rank will be reduced from sergeant to private.

“Sgt. Bergdahl has looked forward to today for a long time,” Bergdahl’s attorney Eugene Fidell said at a news conference after the sentence was announced.

According to colleagues and military officials, Bergdahl willingly and knowingly walked away from his battalion on June 20, 2009 while stationed in Afghanistan. He initially said that he was captured as he fell behind his patrol, but the Taliban claimed they ambushed him after he was found drunk off base. The intoxication was disputed, but the thing that was found to be true was that he walked off his base “with three Afghan counterparts and was believed to have been taken prisoner,” the U.S. Department of Defense said.

Bergdahl was held as a prisoner of war by Taliban soldiers for five years as the U.S. Military launched multiple search efforts for him and and communicated with the Taliban regarding his release.

On May 31, 2014, Bergdahl was released by his captors and recovered by Delta Force, a Special Mission Unit in eastern Afghanistan. His release came after negotiations between the two sides. In exchange for Bergdahl’s release, the U.S. agreed to release five detainees at Guantanamo Bay.

The release of Bergdahl was filmed and published by the Taliban. In the video, Bergdahl appears in a vehicle with a shaved head and face. He appears to be blinking a lot, as to suggest he may have been held in a dark environment for long periods of time. The U.S. sent a modified Black Hawk helicopter in to meet with Taliban officials, one who was holding a white flag to indicate a temporary ceasefire.

As the helicopter flies closer to the location, Taliban soldiers wielding weapons are nearby in the mountains. The U.S. had their own surveillance, too, and everything was agreed upon beforehand.

The helicopter lands and several soldiers wearing civilian clothing exit and greet the Taliban officials. Bergdahl is brought out of the car and to the U.S. soldiers, who pat him down and bring him back to the aircraft.

Watch the full video of Bergdahl’s release below:

Bergdahl was flown to a medical center in Germany for treatment before traveling to San Antonio, Texas about two weeks later. Hours after his successful recovery, President Barack Obama delivered remarks from the Rose Garden with Bergdahl’s parents.

Bergdahl later returned to normal duty and served as a clerk. The release was the subject of criticism by many lawmakers, who argued against negotiating with terrorists.

Th House voted 249-163 to pass a nonbinding resolution that condemned Obama for not giving it at least 30 days notice of the exchange for Bergdahl.

“This fundamental shift in U.S. policy signals to terrorists around the world a greater incentive to take U.S. hostages,” Mike Rogers, then the chairman of the House Intelligence Committee, said.

In March 2015, the Army announced that it charged Bergdahl with two counts: “Desertion with intent to shirk important or hazardous duty” and “misbehavior before the enemy by endangering the safety of a command, unit or place.”

Court documents revealed during his trial showed that he was diagnosed as a schizophrenic, but the sanity board declared he should have known what he was doing despite the condition.

President Donald Trump has long been critical of Bergdahl’s release since his presidential campaign started. He referred to Bergdahl as a “dirty rotten traitor” and said he should have been executed.

The disparaging comments led to Bergdahl’s defense attorneys filing a motion to dismiss the charges, saying it was “impossible for him to get a fair trial.” But the charges remained, and the trial in front of the military judge started in October.

Bergdahl pled guilty to the two charges, and his sentencing was set to be determined November 3.

“As everyone knows he was a captive of the Taliban for nearly five years, and three more years have elapsed while the legal process unfolded,” Fidell said after the sentencing was announced. “He has lost nearly a decade of his life.”

Shortly after the sentencing and during his trip to Asia, Trump remained critical of Bergdahl, saying his sentence was “a complete and total disgrace to our country and to our military.”

The decision on Sergeant Bergdahl is a complete and total disgrace to our Country and to our Military. 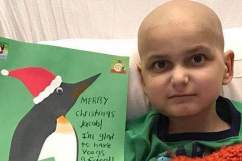 Read More
Breaking News, Military, Taliban
Bowe Bergdahl won't receive any jail time for abandoning his post before he was kidnapped by the Taliban. Watch a video of his release from captivity.