Gertrude Jekyll is being celebrated with a Google Doodle.

Legendary British horticulturist and garden designer Gertrude Jekyll is being celebrated with a Google Doodle on what would have been her 174th birthday.

“A woman of innumerable talents, Jekyll was also an accomplished musician, composer, woodworker, metalworker, and botanist. Her foundation as a budding artist greatly influenced her breathtaking creations,” Google says. “Today’s Doodle was created by British artist Ben Giles. Giles unites the hot and cool colors the horticulturist favored to create a lush and brilliant garden collage. From the corner of the illustration, Jekyll watches her garden grow.”

1. She Was Born in London & Raised in Surrey as One of 7 Children, Including a Younger Brother Whose Name Inspired the Dr. Jekyll Character

Gertrude Jekyll was born November 2, 1843, in London, according to the official website of her estate. She was the fifth of seven children of Edward and Julia Jekyll.

In 1848, the family moved to Surrey, 30 miles southeast of London. “The large garden was paradise for a small girl; her vivid childhood memories never faded and were the foundation of her later achievements,” the biography states.

Her brother, Walter, was close friends with the author Robert Louis Stevenson, and Stevenson asked Walter to lend his family name, Jekyll, to the character of Dr. Jekyll in his famed book, “The Strange Case of Dr Jekyll and Mr Hyde,” according to The Guardian.

“Gertrude’s family had always pronounced their name ‘Jeekyll,’ with a long ‘e,’ as do her garden enthusiast followers, so the link to the novel is not usually made,” Jill Sinclair wrote.

2. Jekyll Was a Talented Painter & Studied Botany at South Kensington School of Art in London

Jekyll was a talented painter and was part of the “Arts and Crafts Movement” in Surrey prior to her work as a horticulturalist and garden designer. She began to lose her eye site when she was in her 50s, and took up a new field.

“In 1868, the Jekylls moved from Bramley to Wargrave in Berkshire, 40 miles west of London, Gertrude then had her first chance to focus on the decoration of a home and the creation of a garden. She also began to exhibit her paintings, embroidery and craft work. Admiring neighbours and friends gave her commissions,” according to her biography on her estate’s website. “Gradually, Gertrude’s original ambitions as a painter fell away, particularly as she suffered from poor eyesight; thereafter, her artistic talent and creative drive were primarily channelled towards garden design, though she continued to draw and paint for the rest of her life. Gertrude Jekyll’s paintings of Parma, Italy and Wargrave above.”

She studied botany, anatomy, optics and the science of colour at South Kensington School of Art in London, according to The Guardian.

3. She Designed More Than 400 Gardens, Treating Them Like an ‘Artist Working on a Canvas’

Jekyll designed more than 400 gardens, treating them like an “artist working on a canvas,” according to The Guardian, which wrote that she once said, “A border may be brilliant with bright-coloured flowers alone, but if it is to be a picture, it wants some of its brightness to be relieved by something quiet, in good harmony, but comparatively neutral.”

She was known to work alongside Sir Edwin Lutyens, an architect.

“Jekyll became increasingly involved in the gardens Lutyens was designing for his houses, advising him on the materials to be used and supplying detailed planting plans. An example of their work together is Orchards in Munstead built entirely of local material: other examples of the partnership are at Tigbourne Court, Witley, and Goddards in Abinger, where the Lutyens Trust is based,” according to the Godlaming Museum.

Jekyll had a plant nursery at her home in Munstead Wood and completed most of her work from there.

“Gertrude Jekyll was obviously quite a severe character, not suffering fools at all. She made it quite clear that she preferred cats to people, once saying: ‘I do not like socializing, and do not wish to waste my time talking to people I do not care about on subjects which do not interest me,'” The Fruity Gardner wrote about her.

According to her writings, she would be in the nursery with her four gardeners and, “sit on a stool and point with her stick, issuing orders, surrounded by cats.

“The cats , whose numbers were into double figures, took precedence over visitors who had to play musical chairs in order to grab an unoccupied seat for themselves. Often they’d find themselves having to stand whilst the cats sat!” The Fruity Gardner wrote.

4. She Also Wrote Books About Gardening Still Read Today & Contributed More Than 1,000 Articles to ‘Country Life,’ ‘The Garden’ & Other Magazines

Jekyll wrote several books about gardening, which are still read today, and contributed more than 1,000 articles to “Country Life,” “The Garden” and other magazines, according to her estate’s website.

Some of her essays were recently compiled in a 2010 book, “The Unknown Gertrude Jekyll.” In its review of the book, The Guardian wrote, “Loosely grouped together by theme, some are little more than a paragraph or two and many have no practical application, but they are all full of Jekyll’s famous passion and the beautifully crafted prose which prompted one of her editors to remark that he ‘would rather have clipped the wings of an archangel’ than tamper with her work. Despite the antiquated language and references to garden practices that are long forgotten there’s no mistaking the ideas which made Jekyll such an innovative designer.”

5. Jekyll Died in 1932 & Is Buried in the Churchyard of Busbridge Church

"Gardening is a seed once sown that never dies." ~Gertrude Jekyll #MondayMotivation pic.twitter.com/XJcusVKGsy

Gertrude Jekyll died on December 10, 1932, at her home at Munstead Wood in Surrey at the age of 89, according to her obituary in The Times. She is buried in the churchyard of Busbridge Church, where her tombstone reads, “Artist Gardener Craftswoman.”

“She had been failing for some weeks and had felt the recent death of her brother, Sir Herbert Jekyll, very much,” the newspaper wrote.

In the House of Nature there are many mansions, inhabited by widely divergent spirits. Darwin and Wallace took continents and oceans as their laboratories wherein to study strange and living creations; Wordsworth and Tennyson, lifting their eyes to the hills and the sky, discoursed of religion and philosophy. Gertrude Jekyll, to whom we now bid a grateful “Hail and Farewell,” sought ever for practical knowledge allied to beauty, and in that quest, whereby she may truly be said to have transfigured the gardens of England, she never grew old at heart or wearied in mind, was never discouraged by difficulty or defeated by failure, neither did she cease to share widely the fruits of her long and loving apprenticeship to Nature.

She was involved in the community, according to The Godalming Museum.

“Locally Jekyll was prominent in the campaign to save the Old Town Hall in Godalming from demolition. She designed the garden for the Jack Phillips Memorial Cloister in Godalming, and supervised the transformation of Hydon Heath into an accessible public memorial for Octavia Hill, one of the founders of the National Trust,” the museum wrote. “She took an interest in female suffrage, creating an embroidered banner for the Godalming Branch of the National Union of Women’s Suffrage Societies (NUWSS). A photograph shows the banner being paraded on a Suffrage Pilgrimage through Guildford in July 1913.”

Jekyll lives on through her gardens, as well as a collection of her works at the University of California Berkeley. 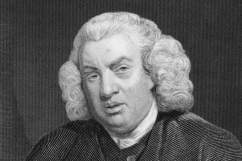 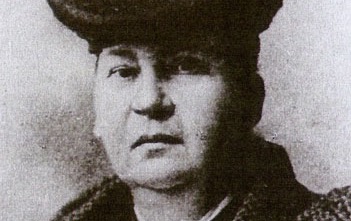 Loading more stories
wpDiscuz
0
0
Would love your thoughts, please comment.x
()
x
| Reply
Gertrude Jekyll, the legendary horticulturist and garden designer, is being celebrated with a Google Doodle on what would have been her 174th birthday.