The death of a Baltimore Police detective and subsequent search for a suspect has taken a twist. Officials revealed November 22 that Detective Sean Suiter, an 18-year veteran of the department, was scheduled to testify in front a federal grand jury the day after he was shot dead while on duty.

Baltimore Police Commissioner Kevin Davis said that a struggle ensued while Suiter was on a follow-up homicide investigation with a partner last week. As Suiter observed suspicious activity coming from someone at the scene, a confrontation ensued, and it ended with Suiter being shot and killed in the head with his own weapon. Davis said that private surveillance footage shows Suiter’s partner running for cover amid gunfire.

A suspect is still at large, Davis said, and multiple agencies have combined to offer a reward of over $200,000 for information leading to an arrest.

The latest developments in the investigation bring together a case that’s sent ripples through the Baltimore Police Department. Earlier this year, seven officers were federally indicted on racketeering charges. Prosecutors say the officers engaged in several robberies of suspects, among many other violations.

Suiter, a father of five, was supposed to testify in the case one day after he was found dead. The case involves members of a once-prestigious task force aimed at taking guns and drugs off the streets of Baltimore. Of the seven officers indicted, 37-year-old Sgt. Wayne Jenkins was the most prestigious and is accused of spearheading many of the illicit activities.

Jenkins and Suiter have a history together within the department which stretches back many years ago, when they were together in a high-speed pursuit of a suspect which ended in a death of an elderly civilian.

1. Jenkins Joined the Baltimore Police Department in 2003 & Had Been Involved in Several Incidents

Jenkins was hired by the Baltimore Police Department in 2003, according to state records obtained by The Baltimore Sun. Over his tenure, he was involved in a few incidents which led to controversy.

In 2008, Jenkins was the subject of a city settlement. Officials agreed to pay out $75,000 to a man, Timothy O’Conner of Bel Air, after he accused the officer of striking him while standing outside of a bar in 2005. Officers responded to the scene, and O’Conner cursed at one of the officers, police said at the time. In response, Jenkins struck O’Conner.

In March 2014, he was involved in an incident where he struck an armed suspect with his car. Police arrested the suspect and said they recovered a pistol. Prosecutors say that Jenkins and another detective initiated a high-speed chase in 2016 which ended with a crash close to a mall. Jenkins and Detective Jemell Rayam retrieved over 9 ounces of cocaine from the suspect, and prosecutors say that Jenkins told Rayam to sell “most of it,” asking him to give him the proceeds.

Records show that Jenkins lives in Middle River, Maryland, and he earned a salary of $85,400. In 2015, he accrued $83,300 in overtime pay. Amid brewing controversy, Jenkins resigned from the department, his attorney Andrew Alperstein told The Sun at the time.

2. Jenkins Was 1 of 7 Officers Federally Indicted on Racketeering Charges

On March 1, the U.S. Department of Justice announced that it indicted seven officers of the Baltimore Police Department on racketeering crimes. Those ranged from filing false overtime claims to robbing subjects of traffic stops.

Some of the officers, including Jenkins, were part of the Gun Trace Task Force. The Justice Department said that the violations took place in 2016, and they had been investigating the department for excessive use of force claims and other violations.

“They were involved in stopping people who had not committed crimes and not only seizing their money but pocketing it,” Maryland U.S. Attorney Rod Rosenstein said in a news release announcing the charges. “These are really simply robberies by people who are wearing police uniforms.”

Federal prosecutors said that one of the officers also assisted a friend who was being tracked as part of a drug conspiracy to take off the DEA-ordered GPS tracking device on his vehicle.

In another incident, one of the officers charged overtime while he was actually at a casino and the sergeant, Jenkins, was on vacation. Several times, the officers turned off their issued bodycams, the indictment claimed.

An October 2016 Baltimore Police newsletter, written by Lt. Chris O’Ree, praised the task force and the work of Jenkins, specifically.

“I am extremely proud to showcase the work of Sergeant Wayne Jenkins and the Gun Trace Task Force,” O’Ree wrote in the newsletter. “Sergeant Jenkins and his team have 110 arrests for handgun violations and seized 132 illegal handguns.” He added, “I couldn’t be more proud of the strong work of this team.”

Davis condemned the alleged acts committed by the officers, referring to them as “1930s-style gangsters.” The excessive force claims were being investigated by the Justice Department after the death of Freddie Gray.

3. Suiter Was Scheduled to Testify in the Federal Case the Day After He Was Killed

At a press briefing November 24 regarding Suiter’s murder, Davis revealed that the detective was scheduled to testify in front of a federal grand jury in relation to the indicted Baltimore officers the day after he was killed. He clarified that Suiter wasn’t the target of their investigation into the gun task force and indicated that investigators don’t believe his slaying is connected to the testimony.

“There is no information that has been communicated to me that Detective Suiter was anything other than a stellar detective, great friend, loving husband and dedicated father,” Davis said.

In addition to the high-speed chase in 2010, records obtained by Justin Fenton of The Baltimore Sun showed that Suiter “made dozens of arrests” with Detective Maurice Ward, who’s pleaded guilty to his connection with the task force. Suiter also made three arrests in 2010 with Jenkins, Fenton discovered. 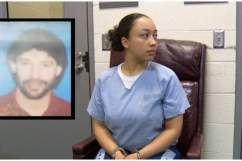 4. Suiter & Jenkins Were Involved in a High-Speed Chase in 2010 Which Left the Elderly Father of Another Officer Dead

While on duty in 2010, Jenkins was involved in a high-speed chase that killed the father of a Baltimore Police officer. That’s according to state records, which were obtained by Fenton.

During that incident, two men were convicted on possession of heroin charges and sentenced to federal prison.

Police said they were conducting surveillance at an apartment complex when they noticed a man climb into another man’s vehicle with cash in his hand. Jenkins, driving an unmarked vehicle, pulled in front of the suspect. Suiter, driving another vehicle, turned his lights on and pulled behind. Jenkins and another officer displayed their police badges and ordered the suspects to show their hands, but the vehicle pulled off without hitting the police cars, fleeing the scene.

Umar Burley, 39, was the driver in the vehicle, police said, and 36-year-old Brent Matthews was the passenger. Fenton’s story in The Sun on April 29, 2010 stated that the father of the Baltimore Police officer, 86-year-old Elbert Davis, was waiting at a stop sign in his vehicle when Burley ran into it into a home. Jenkins, Suiter and other officers re-located the suspect’s vehicle minutes later, observing the crash scene. They found 32 grams of a substance suspected to be heroin, and arrested Burley and Matthews.

Davis was severely injured in the crash, suffering multiple internal injuries and rib and leg fractures. He was transported to a hospital, where he died.

The high-speed pursuit left some questioning if initiating a high-speed chase on the suspects led to the accident and death of Davis.

5. Jenkins Was Allegedly Involved in Another Robbery & Is the Subject of a $900,000 Lawsuit Against the City

According to WBAL-TV, a woman in Carroll County, Maryland filed a lawsuit against the gun task force. Nancy Hamilton is seeking $900,000 from four city officers, one which was Jenkins, the lawsuit stated.

Hamilton’s lawsuit seeks damages for false imprisonment, battery, false arrest and malicious prosecution and emotional distress. It stemmed from a July 8, 2016, incident, when Hamilton said she was with her husband when officers pulled them over. She claims that the couple were put into handcuffs and then separate vehicles. They were transported to the police training academy, where they were to be interrogated.

Court documents indicate that Hamilton and her husband thought they were being kidnapped by criminals pretending to be police officers. During the arrest, officers allegedly stole $3,400 in cash from Hamilton’s husband, the lawsuit stated. Officials later stated the couple weren’t engaged in criminal activity at their time of arrest, and no contraband was located.

The officers obtained a search warrant for the Hamiltons’ home “under false pretenses,” the court document stated. Once at their home, the officers demanded the money and stole a large sum of cash before contacting other law enforcement officers to help in the search, the lawsuit said.

The officers released some of the money which was taken, but when the Hamiltons went to retrieve it, they encountered issues. Hamilton said in the court document that Jenkins was at the courthouse taking photos of her, saying: “We aren’t finished with you.” 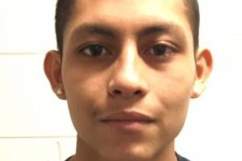