GoogleJan Ingenhousz is being celebrated with a Google Doodle.

Jan Ingenhousz, a Dutch physiologist, biologist and chemist, is being celebrated with a Google Doodle on what would have been his 287th birthday.

“From the mind of a Dutch scientist in the 18th century sprouted a flowering understanding of the secret life of plants,” Google writes. “(He) is remembered as the inspired thinker who discovered the photosynthetic process.”

Here’s what you need to know about Jan Ingenhousz:

1. Ingenhousz Was Born in Breda & Began Studying Medicine When He Was 16

Today's #tbt celebrates Jan Ingenhousz' birth, who in 1779 discovered photosynthesis! We couldn't live without it! pic.twitter.com/oTBNYwP2pv

Jan Ingenhousz was born December 8, 1730, in Breda, Netherlands, according to a biography in Plant Physiology, published by the American Society of Plant Biologists in 1930.

“Not much is known about the parents of Ingenhousz, but they had sufficient means and social position to give Jan an education far superior to that common to his time,” the biography states. “His mother died when he was very young. He had a brother, Louis, who became an apothecary in Breda and from whom there descended a line pf physicians.”

When he was 16, Ingenhousz finished at the Latin school in Breda and began to study medicine at the University of Leuven in Belgium, according to a biography by Eugene McCarthy. He completed his medical degree in 1753 and then studied science for two more years at the University of Leiden, in the Netherlands.

After completing his studies, Ingenhousz returned home to Breda to open a general medical practice, according to his biography.

“He soon acquired a reputation for great ability and his practice grew so large that it occupied all of his day time,” the American Society of Plant Biologists writes. “He was obliged to carry on scientific experiments in which he was so interested by night. … His successful medical practices and researches in physics built up a remarkable reputation for him in scientific circles.”

He remained in Breda until his father died in 1748.

2. He Saved Hundreds From Smallpox in England & Then Helped the Austrian Empress Keep Her Family Safe the Virus

After his father’s death, Ingenhousz traveled throughout Europe to learn about smallpox inoculation practices. He eventually ended up in London in 1765, and remained there for three years. While there, he used the live, unmodified version of the virus taken from patients with mild cases of the disease to inoculate others, according to Britannica. He immunized hundreds of villagers who were at risk for smallpox.

His work in London then drew the attention of Austrian Empress Maria Theresa. In 1768, she summoned him to Vienna to help prevent her family, the Habsburgs, from getting the virus. He successfully inoculated the Austrian royal family and remained there as the court physician for the empress.

In 1775, he married his wife, Agatha Maria Jacquin, while still living in Vienna.

3. He Made His Photosynthesis Discovery in 1779 in the Same Lab Where His Colleague, Joseph Priestly, Discovered Oxygen

Ingenhousz’s most famous contribution to the world came in the 1779. Google writes on its Doodle page, “Though it was already known that plants produced and absorbed gases, it was Ingenhousz who first noticed that oxygen was produced by leaves in sunlight, and carbon dioxide produced in darkness. He published these findings in 1779, significantly influencing further research on plant life in the centuries to follow.”

He published his findings in the paper, “Experiments Upon Vegetables, Discovering Their Great Power of Purifying the Common Air in Sunshine, and of Injuring It in the Shade and at Night,” according to Physics Today. In that paper, Ingenhousz explained for the first time the plant process of photosynthesis by showing that light is essential to how plants absorb carbon dioxide and release oxygen.

“He discovered that plants, specifically their green-colored components, release a combustible gas (oxygen) when exposed to light—a process later termed photosynthesis,” Physics Today writes. “At night plants emitted a different gas (carbon dioxide), though not in abundance. Though plants do respire and convert oxygen to carbon dioxide, that is overcome by their ability to perform photosynthesis and release oxygen into the air.”

In the experiment leading to his discovery, he placed plants underwater in a transparent container and saw that the undersides of their leaves made bubbles in sunlight. However, when the same plants were placed in darkness, the bubbles eventually stopped forming. He was also able to see that the leaves and other green (chlorophyll-containing) parts of the plants were the sites where the gas was produced.

He collected this gas and conducted a series of tests to determine its identity. He eventually found that a smoldering candle would burst into flame when exposed to the unknown gas, which showed it was oxygen (Ingenhousz, 1779, see full citation below). He also found that in darkness plants release carbon dioxide (ibid).

“Much of his experimenting took place at Bowood House in Wiltshire, the estate of the Marquis of Landsdowne, whom Ingenhousz apparently served briefly as tutor,” according to the Linda Hall Library. “Interestingly, he succeeded Joseph Priestley at that position, and Priestley discovered oxygen in the very room where Ingenhousz deduced that oxygen is produced by green plants in sunlight.”

4. He Had an Accident That Sent Electricity to His Head & He Wrote to Benjamin Franklin About Feeling ‘Elated’ After

Ingenhousz was well traveled during his life. Along with Austria, Belgium, the Netherlands and England, he spent time living in France, Scotland, and Switzerland. He gained a reputation as a top thinker of his day, and maintained correspondence and traveled with peers like Benjamin Franklin and Henry Cavendish, the scientist who discovered hydrogen.

Several of the letters he exchanged with Franklin are available to read today in the National Archives.

Ingenhousz had many interests, along with being a biologist and doctor. He also studied physics, electricity and heat conduction. In one of his letters to Franklin, he wrote about how he suffered an accident that sent electricity to his head, according to the paper “Medical Electricity and Madness in the 18th Century.”

“He described how he felt unusually elated the next day. During the 1780s, Franklin and Ingenhousz encouraged leading French and English electrical ‘operators’ to try shocking the heads of melancholic and other deranged patients in their wards,” Shellie Ann Boudreau and S. Finger wrote. “Although they did not state that they were responding to Ingenhousz’s and Franklin’s suggestions, Birch, Aldini, and Gale soon did precisely what Ingenhousz and Franklin had suggested. These practitioners did not appear to induce convulsions in their mentally ill patients, but they still reported notable successes.”

5. He Died in 1799 in England, 20 Years After His Scientific Breakthrough, Which Endures Today

Ingenhousz died 20 years after his discovery of photosynthesis, on September 7, 1799, in Calne, Wiltshire, England. He was 68. His wife died the following year.

Ingenhousz is buried in the churchyard of St. Mary the Virgin in Calne.

“In today’s Doodle, we celebrate the lasting contributions of this scientist to our understanding of the natural world,” Google writes. “For those digging into their biology textbooks this school year, be sure to thank Jan Ingenhousz!” 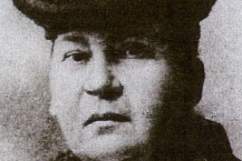 Loading more stories
wpDiscuz
0
0
Would love your thoughts, please comment.x
()
x
| Reply
Jan Ingenhousz, an 18th century Dutch scientist who discovered the photosynthesis process, is celebrated with a Google Doodle on what would have been his 287th birthday