Luis Elizondo is the secretive man behind the Advanced Aerospace Threat Identification Program, a Department of Defense program aimed at researching UFO sightings. Elizondo recently resigned from the Department of Defense and came forward with two compelling videos, just as he joined Tom DeLonge’s new UFO research company, To the Stars Academy. But despite how likely some people will be to take these new reports lightly, they shouldn’t. Elizondo has more than 22 years of experience with the DoD, including covert operations. Learn more about him below.

1. Luis Elizondo Is a 22-Year Veteran of the DoD Who Conducted Clandestine Operations

If this is the same Luis Elizondo, I wrote about his novel cargo-shipping idea for #BaltimoreSun 8 years ago while he worked investigating UFOs. He and partner wouldn’t tell me which govt agency they worked for at time. Interesting guy. https://t.co/n0F7ujfLez

Elizondo is a 22-year veteran of the Department of Defense with top security clearance, The Washington Post reported. He’s a senior career intelligence officer who has worked for the Army, The National Counterintelligence Executive, and the Director of National Intelligence. He was Director for the National Programs Special Management Staff in the Office of the Secretary of Defense and former Director of Programs to investigate Unidentified Aerial Threats for the Office of the Secretary of Defense, Huffington Post reported in October.

When the company he currently works for, To the Stars Academy, was launched in October, founder Tom DeLonge described him this way:

“Months ago I had some very important people from inside the government talking about (how) someday … I would possibly be able to meet — I remember the words — ‘You can’t know his name but if you were ever to know his name, you would have to keep the words to yourself to the day you die. Then I remember there was a big breakthrough where we started referring to this guy by the letter L. Days ago, this person finished his career at the Department of Defense as one of the senior covert intelligent officers in the Office of the Secretary of Defense.”

According to his bio with To the Stars, Elizondo also has a microbiology, immunology, and parasitology background. He also hold several patents.

His bio states that he:

…conducted and supervised highly sensitive espionage and terrorism investigations around the world. As an intelligence Case Officer, he ran clandestine source operations throughout Latin America and the Middle East.

Back in October, before Politico and The New York Times released stories about AATIP, Elizondo spoke at the launch of To the Stars Academy. He said he ran “a sensitive aerospace threat identification program focusing on unidentified aerial technologies” for almost a decade.

“By far the most interesting effort I was involved with was the topic of advanced aerial threats. For nearly the last decade, I ran a sensitive aerospace threat identification program focusing on unidentified aerial technology. It was in this position I learned that the phenomena is indeed real. And now as a member of To the Stars Academy, we will bring our observations to you.”

If this is confusing to you because AATIP officially existed from 2007 to 2012, it only takes a deeper look to understand the discrepancy. Elizondo has officially said that even after funding ended, he still worked with the program for an additional five years. (See the next section below for details.) You can watch his comments in the video below, starting with his introduction at 19:13:

3. Elizondo Has Said AATIP Still Exists and a Successor Replaced Him

"There is very compelling evidence that we may not be alone." – Luis Elizondo, Fmr. Pentagon Military Intelligence Official; Ran UFO Unit https://t.co/qmQOei6uw2 pic.twitter.com/YSqErVxeiV

Elizondo officially ran AATIP until the program was shut down in 2012. However, Elizondo disputed the official story that the program ended when funding ceased in 2012. He told The New York Times that only the funding ended, but he continued to work with Navy and CIA officials out of his Pentagon office until he resigned on October 4 to protest the secrecy. He wrote to Mattis in a resignation letter: “Why aren’t we spending more time and effort on this issue?” He insisted that there needed to be even more attention given to accounts by the Navy and other military personnel.

Elizondo said he has a successor, but he did not release the person’s name.

Before he left his job, he secured the release of videos that showed three of these encounters, The Washington Post reported. He told the Pentagon, in an internal memo, that the videos should be released publicly because they could educate pilots and help improve aviation safety. He later said in media interviews that he actually wanted the videos released in order to shed more light on AATIP. Two out of three of those videos have been public released as of the time of publication.

Interestingly, Elizondo briefly joined a forum on TheParacast.com, where people were asking about his identity back in October. He wrote:

Folks, I don’t normally respond or participate in forums…call me old-school, or perhaps, an “old fool” but I assure you I I have no ulterior motives. However, I have like many of you, served my country honorably and the best that I could. However, the fact that there are things in this universe that are beyond our understanding is indeed real. I don’t mean to offend anyone nor is there any ploy to get rich or to influence everyday people…because I AM EVERY DAY PEOPLE! I just want to inform you of what exists. Please forgive me if I come across as anything else. We have the physics and we have the scientific observations to prove the phenomena. I hope to bring this to you in an amicable discussion very soon and let the chips fall where they may. Again, forgive me if I came across as anything else other than sincere in the video, I am not used to public venues.

4. Elizondo Said the UFO Encounters Were More than Drones or Just Phenomena from Other Countries

Elizondo said that he and other colleagues determined the UFOs did not originate from any country, the NYT reported. “That fact is not something any government or institution should classify in order to keep secret from the people.”

He told NPR that that had experts with PhDs, trained intelligence officers, and human case officers examined all the evidence, and what they were seeing was definitely more than just “drones.”

We had PhDs, we had CI people, we had trained intelligence officers and human case officers — pretty much a full range of talent. Most of us tend to be, by nature, skeptical, because we are in the field of intelligence and national security. But I think once you get into the data itself and the specifics regarding what we’re actually seeing, we begin to realize that there may be something here, a little bit more than just what people think are drones or whatever people may chalk it up to be.

To examine evidence, he told NPR that they would first make sure the videos were authentic and coming from a true Department of Defense platform. Next they would look at range, altitude, data on what the U.S. aircraft were doing, conditions, and other data. They would then cross-reference all their data to everything in the United States’ inventory.

We try to look at what we’re seeing at the video and cross reference it to anything that we may know that is currently in our inventory — so whether they be drones, commercial aircraft, military aircraft, missiles — whatever they may be. There is a great deal of effort by the department to make sure that we always can identify what is flying — whether it is in our airspace or any other airspace.”

Even after all this rigorous research, they sometimes still could not identify objects in videos they were studying.

5. Elizondo Now Works for To the Stars Academy, Founded by Tom DeLonge

GettyBlink-182 singer/guitarist Tom DeLonge performs at the Red Rock Casino as the band tours in support of the new album, “Neighborhoods” October 7, 2011.

After his resignation, Elizondo joined To the Stars Academy of Arts and Science, a for-profit company that raises money for UFO research and studies UFO sightings. Elizondo is listed as director of global security and special programs. The company officially launched in October.

He joined Christopher K. Mellon, former deputy assistant secretary of defense for intelligence, and Harold E. Puthoff, an engineer who researched ESP for the CIA, in the venture. Tom DeLonge, former guitarist and co-lead vocalist for Blink-182, founded To the Stars. DeLonge has said that the NYT story was just the “tip of the spear” and we should expect “confirmation” soon.

Lue will architect partnerships with some very sensitive places, to help protect us and the technology involved, so we may achieve for you the extraordinary. Lue had resigned his position at the DOD literally the day before we met. I was able to verify who he was and what his tasks were at the Pentagon. He received the highest commendations from his superiors. I was told that important unclassified data and documentation are expected to be released through the Academy’s on-line Community of Interest (COI) in collaboration with the U.S. government, which will be set up soon.”

Elizondo said he would work with the COI to provide a platform for the detection and triangulation of phenomena events in real time, allowing two-way communication between the public and the team at To the Stars.

To the Stars’ website says that the company’s goal is to use the expertise and credibility of its researchers to “bring transformative science and engineering out of the shadows and collaborate with global citizens to apply that knowledge in a way that benefits humanity.”

To the Stars is currently seeking investors to purchase a minimum of $200 in common stock shares, Politico reported. The company’s website states that it has 2,142 investors who purchased over $2 million in shares. Interestingly, some publications were reporting that To the Stars was going to come forward earlier, but a WikiLeaks release named some of DeLonge’s insiders, delaying the project. It’s not clear if this is accurate, but quite a few WikiLeaks releases did include messages from Delonge, including messages addressed to Podesta, who shared his interest in aliens. 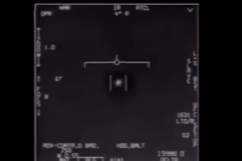 Loading more stories
wpDiscuz
0
0
Would love your thoughts, please comment.x
()
x
| Reply
Learn all about Luis Elizondo, the mysterious intelligence officer who has been studying UFOs for more than a decade.