Amy Everett, a beautiful 14-year-old girl known as “Dolly,” who symbolized Australia’s Outback in a well-known advertisement for hats that captured her innocence and potential, has died by suicide.

She was remembered as a teenager whose caring spirit showed through in her love for animals and small children.

The teenager’s death is galvanizing efforts against bullying in Australia. “Dolly could be anyone’s daughter, sister, friend,” the hat company wrote on Instagram after Dolly’s death. Dolly’s father has taken to social media in the midst of his grief to urge people to combat bullying around the world. Dolly is but the latest in a string of teenagers who have taken their own lives around the globe, deaths often triggered by cyber bullying.

1. Dolly’s Father Has Urged People to Stop the Bullies, Remembering His Daughter as an Angel

Tick Everett, Dolly’s father, posted a heartbreaking message on Facebook that urged people to work against bullying. He wrote:

Well were do I start,

I would like to thank everybody for their kind and suportive words over the last few days it is truly amazing. I also apologize that there are so many kind words that I have not yet replied to, so instead of wearing out another screen or keyboard I would like to offer my thanks in one big message.

If we can help other precious lives from being lost and the suffering of so many, then Doll’s life will not be wasted. I know for some suicide is considered cowerdly but I guarantee those people wouldn’t have half the strength that my precious little angel had, Doll had the strength to do what she thought she had to do to escape the evil in this world. However unfortunately Dolly will never know the great pain and emptiness left behind.

In saying this I have a couple of challenges, Firstly if by some chance the people who thought this was a joke and made themselves feel superior by the constant bullying and harassment see this post, please come to our service and witness the complete devastation you have created.

The second is for the strong ones, lets stop the bullies no matter where, but especially in our kids, as the old saying goes. You will never know what have untill it’s gone. Thank you all again #STOPBULLYINGNOW #ANGELGIRL #DOLLY #SPEAKNOWEVENIFYOURVOICESHAKES

The teenager was suffering from online bullying, according to BBC. 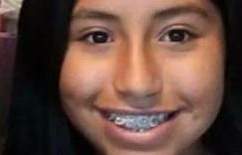 2. Dolly Was Known as the Face of the Australian Outback

We are shocked and distressed to hear of the passing of “Dolly” – the young girl many of you will recognise from our past Christmas adverts. This beautiful photo was taken 8 years ago. Dolly chose to end her life to escape the bullying she was being subjected to. She was not even 15 years old. To think that anyone could feel so overwhelmed and that suicide was their only option is unfathomable. Bullying of any kind is unacceptable. It is abuse and it is time for us to stand up when we see any kind of bullying behaviour. Dolly could be anyone’s daughter, sister, friend. We need to make sure that anyone in crisis knows there is always someone to talk to. Be a friend, check up on your mates. Our hearts go out to Dolly’s family and friends. Amy ‘Dolly’ Everett 1.5.2003-3.1.2018 If you need someone to talk to: Lifeline: 131114 Suicide Call Back Service: 1300659467 MensLine Australia: 1300789978 Beyond Blue : 1300224636 Kids Helpline: 1800551800 #stopbullyingnow #doitfordolly #justbekind

Amy Dolly Everett lives on in an iconic photo taken when she was 8-years-old. She had so much to live for.

According to Perth Now, Amy Everett “was once the face of iconic Australian brand Akubra.” A modeling photo from when she was younger showed her wearing a signature hat that brings to immediate mind the Australian Outback.

“The wide-brimmed rabbit-fur Akubra hat is one of Australia’s most recognisable brands, closely associated with rural outback life,” according to BBC. The hatmaker posted a heartbreaking tribute on Instagram to the little girl.

“We are shocked and distressed to hear of the passing of ‘Dolly’ – the young girl many of you will recognise from our past Christmas adverts. This beautiful photo was taken 8 years ago. Dolly chose to end her life to escape the bullying she was being subjected to,” the company wrote.

“She was not even 15 years old. To think that anyone could feel so overwhelmed and that suicide was their only option is unfathomable. Bullying of any kind is unacceptable. It is abuse and it is time for us to stand up when we see any kind of bullying behaviour. Dolly could be anyone’s daughter, sister, friend. We need to make sure that anyone in crisis knows there is always someone to talk to. Be a friend, check up on your mates. Our hearts go out to Dolly’s family and friends. Amy ‘Dolly’ Everett 1.5.2003-3.1.2018.”

3. Bullying Is Rampant in Australia

As in many countries, bullying statistics in Australia are high, especially in an Internet age. “Dolly’s death prompted an outpouring of support from friends, family and well-wishers across the country. Surveys in Australia have found about a quarter of students aged 8 to 14 have reported being bullied,” The Telegraph reported.

BBC quoted Australia’s National Centre Against Bullying (NCAB) in reporting that “while overall bullying rates have marginally declined over the past decade, cyberbullying has seen a sharp increase.” The anonymity of the Internet is an obvious factor in the problem, BBC reported.

4. Dolly Was Remembered as a Kind Teenager Who Took Care of Animals

A 14-year-old girl, who was once the face of Australian hat maker 'Akubra' has taken her own life because of bullying. The family of Amy Everett, known as "Dolly", invited the social media trolls to attend her funeral to see the devastation they caused. Lifeline – 13 11 14 #7News pic.twitter.com/JUwnlLiwkw

Dolly’s family released another statement that memorialized their daughter’s kindness. It described Dolly as “the kindest, caring, beautiful soul… She was always caring for animals, small children, other children at boarding school who were less fortunate than herself.”

According to The International Business Times, the family also released a drawing that Dolly made to underscore the point. “The family also shared a recent drawing by Dolly that shows a skinny figure bent over backwards, underneath the words: ‘Speak even if your voice shakes,'” the site reports.

Her family said, according to IBT: “This powerful message tells the dark, scary place our beautiful angel had travelled to.”

In the statement, the family continued, “Out of all the sadness that the loss of our daughter has brought to our lives, we feel that through losing Dolly we would like to help other families by making an awareness of bullying and harassment that some people are sadly subject to.”

They concluded,  “We are not concerned with the who or why of who pushed our daughter to this point, we just want to save another family going through the sadness and tragedy that our family is experiencing. Stop Bullying, Be Kind, Do It For Dolly.”

5. Children in the U.S. & Canada Have Also Died by Suicide Due to Bullying

Rosalie Avila, a 13-year-old girl from California, also died by suicide after being bullied.

In Canada, Jolynn Winter, Chantel Fox and Jenera Roundsky, all 12, died by suicide since January 2017 in what was a possible suicide pact in Wapekeka, an aboriginal community. In 2016, Katelyn Nicole Davis, of Polk County, Ga., streamed her suicide on social media. She was also 12. Gabriel Taye, an 8-year-old Ohio boy, also died by suicide after being bullied. 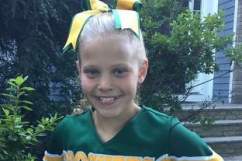 Read More
5 Fast Facts, Australia, Breaking News, Bullying
wpDiscuz
0
0
Would love your thoughts, please comment.x
()
x
| Reply
Amy Everett, also known as Dolly, is a 14-year-old girl from Australia who died by suicide after being bullied. She appeared in a famous hat ad.