In an effort to divulge facts about America’s most notorious and dangerous religious sects, A&E Network is premiering Jonestown: The Women Behind the Massacre. The documentary focuses on four women who helped plan the 1978 Jonestown Massacre. It premieres February 26 at 9 p.m. EST.

Jonestown, also known as the “Peoples Temple Agricultural Project,” was a settlement that was established by the Peoples Temple. The Peoples Temple was an American cult located in north Guyana. The cult was created under the leadership of Jim Jones.

The common phrase “Drinking the Kool-Aid” is an expression that refers to a group or individual that goes along with a dangerous idea because of peer pressure. The phrase comes from the Jonestown deaths. The members of the cult drank a mixture of soft-drink flavoring that was laced with cyanide and prescription drugs.

Read on to learn all you need to know about the Jonestown mass murder-suicide.

1. The Cult Was Led by Jim Jones

Jim Jones was the cult leader of the Peoples Temple. Jones was born on May 13, 1931 in Indiana. To get people to follow him, Jones claimed that he was a messiah and that his followers will find utopia if they followed him to the “promised land.”

The cult began to take shape when Jones announced that he would be joining the ministry in 1952. He then got a job as a student pastor at the Somerset Methodist Church in a poor neighborhood in Indianapolis. Jones made a push to hold racially integrated services and was continually shut down by the church at which he worked. He then started his own church named Wings of Deliverance. That church soon became the Peoples Temple.

About a decade after starting the Peoples Temple, Jones relocated his religious group to northern California. More than 100 members of his congregation followed him there, living in remote areas in California. He drew new members to his church with his rhetoric and “healings,” where he would invite sick people to the church and “heal” them miraculously.

Jones preached against sex and romantic relationships while engaging in adulterous relationships with the church administrator and a few other women in the congregation. He claimed to be the father of John Victor and the son of Carolyn Layton. He aimed to disrupt familial bonds within the congregation, instead referring to himself as the father of all.

‌The location of Jonestown shown in red in the map above.

In 1974, Jones spent his money and bought land in Guyana, which is located in South America. He bought the land to develop a new home for himself and his followers. He moved the entire Peoples Temple to Guyana. At this time, the cult had about 1,000 people in it.

There is evidence that the government of Guyana worked as a sort of buffer between the settlement and United States-based reporters. Sometime in the late 1970s, there is a record of a phone call between a government official and a member of the cult. The official said that the reporter had asked if the leader of the cult were a con-man. The official told the reporter to visit the “Born Again Christians” and see for him or herself.

The documentary I worked on is airing on A&E tonight at 9pm. Drama, intrigue, mass suicide! And some groovy 70s style super 8 footage (which I shot!). #super8 #documentary #jonestown #jonestownmassacre

According to reports, the Peoples Temple was not a tropical paradise or utopia as promised. Instead, it was run more like a war prison than a happy place. The followers reportedly received little food and were not allowed to leave the site. Jones also had armed guards standing at the compound’s perimeter 24 hours a day.

The members at Jonestown would sometimes work over 12 hours a day in the fields. Jones used the loudspeaker system to preach at the compound. Later, he became fearful of a plot against him, so he began to conduct what are now known as suicide drills. To do this, he woke up his followers in the middle of the night. The followers would then proceed to the mess hall.

When the people living at Jonestown got to the hall, they would receive a cup of a red liquid. They were told that the cup contained poison and were ordered to drink the liquid. After 45 minutes, the members would be told that they were not, in fact, going to die and that they just passed a test in loyalty.

4. A Congressman Died While Helping Defectors

Jonestown was not Ryan’s first personal trip to a questionable place. He’d traveled to Newfoundland to investigate the practice of seal hunting and he once used a pseudonym to enter Folsom Prison as an inmate to investigate prison reform.

Before he and his 17-person delegation arrived in Jonestown, Ryan communicated that he and residents of the settlement must be allowed to come and go as they please. He also said that he would do everything he could to free the captives if it came to that.

On November 14, 1978, Ryan and his delegation arrived in Guyana. While in Georgetown, where the delegation was originally staying, Ryan visited the Peoples Temple’s headquarters in Lamaha Gardens, where Ryan asked to speak to Jones by radio and was denied. When the team was eventually able to visit Jonestown, they received a warm welcome but were then handed a note by Vernon Gosney. The note stated “Please help me get out of Jonestown” and was signed by Gosney and Monica Bagby.

Around 3:00 p.m. the next day, Ryan had gathered around 14 defectors and Larry Layton, who posed as a defector, who wished to leave Jonestown. There was a failed knife attack on Ryan before he could leave the settlement. He was then ordered to leave by Deputy Chief of Mission Dwyer.

When the transports left, Layton opened fire on those inside, wounding several of them. Other members of the Peoples Temple then opened fire on a transport plane, killing the congressman, 3 journalists and one defecting temple member.

In 1978, 909 people died in Jonestown, Guyana resulting in the largest mass suicide in history. TONIGHT at 9PM on #JonestownWomen find out who was really responsible for all those deaths. pic.twitter.com/DvhBOcM30v

On November 18, 1978, the same night that Congressman Ryan had been murdered, Jones went ahead with his plan to poison the people.

Cyanide and Vaium were mixed into a batch of grape-flavored Flavor Aid, a brand similar to Kool Aid. Cups of the lethal punch were then distributed to the members of the congregation. The 276 children in the compound were the first to die. The ones who did not want to drink the punch were forced to by armed guards.

Jones did not drink the poisoned punch. Instead, he either shot himself or was shot by a member of the congregation. He was found on the floor of the Jonestown pavilion with his wife Marceline, nurse Annie Moore and other top-level members of the Peoples Temple. 909 people died in the mass suicide-murder.

There were survivors of the murders as well. A group of 11 temple members had walked over 35 miles to escape under pretense of going on a picnic. 1 old woman, Hyacinth Thrash, slept through the ordeal and woke after it had been completed. 2 men were able to bypass the security through luck and deception. 3 other members of the community escaped death because they had been sent out on a mission to deliver a suitcase of money to the Soviet embassy. Many people in Georgetown, Guyana and the church in San Francisco also survived because the members didn’t heed Jones’ suicide order. 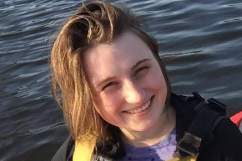 Loading more stories
wpDiscuz
0
0
Would love your thoughts, please comment.x
()
x
| Reply
Here's what you need to know about the massacre.