Hannah Glasse, who wrote one of the first easily accessible cookbooks, is the subject of a March 28, 2018 Google Doodle honoring her 310th birthday.

Few Google Doodles reach so far back in the past, but Google did so with the Glasse artwork to commemorate the woman who made food like Yorkshire pudding and gooseberry fool accessible to the masses. “…you have Hannah Glasse to thank for making these two delectable dishes staples in English cuisine,” Google wrote.

A BBC documentary once called Glasse the “mother of the modern dinner party.”

1. Glasse Wrote a Cookbook Called ‘The Art of Cookery Made Plain & Easy’

“It was one of the first cookbooks written in a simple and conversational style, which meant that any English speaker and reader – regardless of their class – could learn how to cook,” wrote Google. The cookbook was large in scope for the era, Google noted.

“It included a whopping 972 recipes, covering everything from puddings and soups, to what to serve at Lent, to preparing food for the sick,” wrote Google. You can still buy the cookbook. 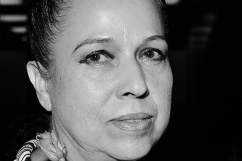 #Hannah Glasse: Who was the cookery writer who taught us how to make Yorkshire puddings 'plain and easy'? https://t.co/in76uj4z3H pic.twitter.com/VTJ0VJdeKi

The Doodle “features Glasse whipping up a batch of classic Yorkshire puddings. Her recipe for Yorkshire pudding, among many others, is one of the earliest known ever published,” Google noted.

She was born in 1708, when cookbooks were not always written in a style that all could read, if they existed at all. Yorkshire Pudding soon became a British staple. “With their deep puffy hollows and gilded crenellations, the Yorskhire pudding’s success lies in its simple magic – wrought from nothing more than flour, eggs and milk, the batter is bunged into the oven, and what emerges is a lumpen, crispy beacon of British cookery,” noted The Independent. 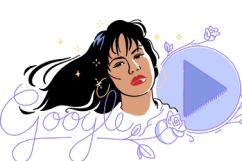 3. Glasse Was Born Illegitimate in London

Glasse was not born into easy circumstances, especially for that era. According to Your Dictionary, “Glasse was born in London in 1708, the illegitimate daughter of Isaac and Hannah (Clark) Allgood.”

Her father was the son of Rev. Major Allgood, “who held the position of rector of Simonsburn. Her mother was the daughter of Isaac Clark, a vintner who maintained his business in London,” the site notes.

She was not the only successful child of the pairing, though. Her brother, Lancelot Allgood, became a sheriff and member of Parliament who was knighted, according to Your Dictionary. “At the age of 16, Hannah secretly married John Glasse, son of a Scotswoman and Irishman, employed as a junior officer in the British army serving on half-pay. The couple had three sons and six daughters,” the site reports.

4. The Cookbook Did Not Originally Reveal That Glasse Was the Author

Initially, according to The Jane Austen Centre, the cookbook did not reveal that Hannah Glasse was its author. Instead, it stated that it was authored “By a Lady.”

That led to speculation about Glasse’s identity. “Hannah Glasse’s identity as the author of one of the most popular of 18th-century cookery books was not finally confirmed until 1938, when the historian Madeline Hope Dodds of Gateshead settled the matter,” The Centre wrote.

“The Art of Cookery Made Plain and Easy was published by subscription in 1747, and also sold at ‘Mrs. Ashburn’s China Shop’ according to the title page.” Some people couldn’t believe that a woman could author a book and erroneously attributed the cookbook’s authorship to a man, according to The Centre, which notes that much of what is known about Glasse’s life comes from letters she wrote.

5. Glasse, Who Worked as a Dressmaker, Went Bankrupt

A page from the cookbook

The cookbook did not lead to riches for Glasse, who worked as a dressmaker. According to the Jane Austen Centre, she went bankrupt and had to sell off the copyright to the book. At one point, she even ended up in a debtors’ prison.

She died at age 62. Her book was originally designed for servants. “As Glasse explains in the preface, the book was intended to be an instruction manual for servants – ‘the lower sort’ as she called them,” reports The British Library. “During the 1700s there was a fashion for books of this kind, which were designed to save the lady of the house from the tedious duty of instructing her kitchen maids.”

Read More
5 Fast Facts, Breaking News, Google Doodle
Hannah Glasse, who wrote one of the first cookbooks in English to achieve popularity, is honored with a Google Doodle.