Radio host Art Bell – whose conspiracy theories and interest in paranormal activity and UFOs were broadcast into homes throughout America – is dead, according to the Nye County Sheriff’s Department in Nevada.

“Community Announcement — Long time resident, and radio show host, Art Bell died today at 72 years old in his home in Pahrump Nevada,” the Sheriff’s Department announced on Facebook. “With an estimated 10 million listeners, Bell’s show was at the time of his retirement the most listened-to late-night radio program, and fourth overall,” ABC News reports.

Bell leaves behind his wife, Airyn, whom he married at age 22 in 2006. She was his fourth wife, and he had five children with multiple wives. You can read more about Airyn Bell here. Bell’s life was punctuated with tragedy throughout the years, including the sudden loss of his third wife, Ramona.

Bell’s obituary reads, “As he begins his journey on the ‘Other Side,’ we take solace in the hope that he is now finding out all of the answers to the mysteries he pursued for so many nights with all of us.”

1. Bell’s Cause of Death Is Not Yet Known But He Suffered From a Chronic Lung Disease From Smoking

Sharon Wehrly, Nye County Sheriff, said that Bell passed away on April 13, 2018, adding that he was “best known for his conspiracy theories.” How did Bell die? That’s unknown, at least for now, although he had well-known health concerns that led to hospitalization in recent years. He is scheduled for an autopsy later this week to determine the cause of death and was 72-years-old, the sheriff said in a videotaped press announcement.

Bell did sometimes write about health concerns on social media, some of which he said derived from smoking. In February, he wrote on Facebook, “FLU, it’s all over and it’s rough, my Daughter is wearing a mask in school everyday and washing hands all the time. This is serious stuff, protect yourself. If somebody wants to shake hand offer them a Japanese style bow instead. If your sick for God’s sake and your co-workers, stay home.” In February 2016, he wrote, “On top of the trouble with the Stalker we had out here which was bad enough I am fighting a pretty bad case of C.O.P.D. (Chronic Obstructive Pulmonary Disease) which comes from Smoking for all my life until a couple of Years ago and I still fight it. I will try and do some fill in shows but it is a struggle. Tell your children about Smoking and keep telling them.”

In 2016, Bell was hospitalized for COPD. “Art is currently in a Las Vegas hospital for pneumonia and additional symptoms of C.O.P.D. He is awaiting the results of tests to determine what specific medication he should receive, while he does receive general antibiotics and pain relievers. Art is in substantial pain with this ailment, so please send him good thoughts and well wishes to recover from this,” his Midnight in the Desert radio website announced.

After he left the hospital in 2016, he wrote, “I am not in good shape, so weak I cannot dress myself. I want to publicly thank my wife Airyn who never left my side and helped every moment day and night and still is. I went through every test known to man. Had a hole punched in my lung, MRI, PET scans, X-Rays, more blood tests then could be counted, was on Morphine the whole time.”

Fans responded on Twitter as news of Bell’s death broke late in the evening of April 13.

You can watch the sheriff’s short video press release above. Few other details about Art Bell’s death were provided. According to IMDB, Arthur Bell III was born in North Carolina in 1945. “By the age of 13, Art was an FCC licensed radio technician. A few years later, as a young airman, Bell and an equally foolhardy buddy built their own pirate radio station right on Amarillo Air Force base, secretly broadcasing Rock ‘n’ Roll to appreciative locals,” the site reports.

He told Larry King in an old interview that he started out as a DJ in rock ‘n’ roll music. “While serving in the US Air Force in the Vietnam War, he indulged his childhood passion for radio by operating a pirate station that played anti-war music otherwise unavailable on official channels broadcast to American servicemen,” his obituary says. “Following his time in the service, his love of radio led him to working as a disc jockey for an English-language station in Japan where he set a Guinness World Record for broadcasting an astounding 116 hours straight.”

2. Bell Was Active on Social Media Recently, Tweeting About UFOs & Writing About the President

FacebookArt and Airyn Bell with their family.

On Twitter, Bell’s last tweet was a retweet about UFOs. On Facebook, where he frequently posted photos of his family, Bell posted on April 12: “Download the free TuneIn app to listen LIVE FREE starting at 9 PM Pacific time!”

On April 9, 2018, Bell seemed in typical form on his Facebook page, writing, “The FBI has just Raided the office of the President’s Lawyer. This is pretty serious stuff and I want to say again if the hate of Trump continues to be manifested by investigating everything Trump has ever done they will get him on something eventually. If you tear anybody’s life apart and look at every little thing they have ever done, you can get them.”

#DirectTv Please Please Please Fix Ch104! All other 4K channels are ok but 104 is dark with bad definition, this is a known problem in Vegas, Boston and New York, please fix it.

Earlier in the month of April, he was weighing in on Area 51 on Facebook, writing, “LATEST ON AREA 51 INVASION. Heather has made a wise decision in my opinion, she will indeed enter Area 51 as she stated she will do, but alone. She is inviting a crowd for a intention experiment to join her in trying to manifest craft, but she alone will enter the restricted area and is prepared she says to accept the consequences. She is doing something I would not do, she sure has guts. Even those of you who decide not to go can help in this wild experiment. I am very proud of her work and determination.”

He filled his page with discussions of his new show, family, and politics, writing in January, “Immigration: Seems simple, most everybody wants DACA, Immigration has been due a reform for Decades, the Wall should be included. Seems easy right? I even think the President would get Mexico to pay for it one way or other, BUT this is Washington which means we have to worry about the Gov’t being shut down because nobody can agree on anything.”

3. Bell’s Fourth Wife, Airyn, Is From the Philippines & the Couple Sued Michael Savage Together

Bell was married to Airyn Bell at the time of his death. Her Facebook page is filled with photos of the couple. Bell’s wife is from the Philippines, and she and Art Bell had sued radio host Michael Savage for defamation in recent years, a case that ended in settlement.

Savage was accused of making disparaging and false statements about the background of Airyn Bell, including her age when she married Bell. The lawsuit stated that Airyn Bell was 22-years-old at the time she married Bell. According to Insider Radio, Art Bell married “his wife Airyn Ruiz Bell in the Philippines.”

According to the book Conspiracies and Secret Societies: The Complete Dossier, Art Bell and his wife had a daughter together named Asia.

Bell’s daughter was born in 2007, and he told radio listeners that he wanted to spend more time with his family, the book reports, adding that Airyn allegedly had some trouble getting a green card. As a result, says the book, the couple briefly returned to the Philippines, and Bell hosted a radio show in Manila. Bell and Airyn also had a son named Alexander, who was born in July 2017.

On April 11, 2017, Bell wrote on Facebook of Airyn, “Today is our 11th Year Anniversary! I have been a very lucky Man with a Woman who is more than I deserve and love very much.”

4. Bell’s Paranormal Radio Program Was Heard Throughout the U.S.

Bell was a controversial radio personality whose belief in aliens and other oddities remained unshaken. According to KTNV-TV, “Bell was the original owner of the Pahrump-based radio station KNYE 95.1FM and was known across the U.S. and in Canada for his paranormal radio program, ‘Coast to Coast.'” According to The Review Journal, Bell’s show “was syndicated on about 500 North American stations in the 1990s before he left the nightly show in 2002.” He was born in North Carolina, the newspaper reported.

According to Coast to Coast AM, “Art Bell is no ordinary talk show host, not just because ‘Coast to Coast AM’ is the dominant live all-night show in America today, but because Art’s a true radio fanatic, the ultimate ‘new media’ personality.” The site continued, “Art Bell’s grasp of the electronic revolution–and how to make it personal–is unique; he’s a talk show host primed to influence 21st century America in more ways than one.”

In 2015, KNPR reported that “Radio host Art Bell suddenly ended his long-running program this weekend, citing alleged threats made against him and his family.” The site continued at that time, “Bell says shots have been fired outside his residency, and that he has spotted trespassers near his home late at night.” However, authorities gave no indication that Bell died of unnatural causes.

According to KFYO, “More recently he was involved in the creation and production of the overnight talk show Midnight in the Desert on the Dark Matter Digital Network.” 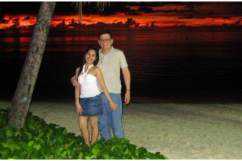 5. Bell’s Life Was Filled With Tragedy, Including a Wife Who Died of Asthma & Child Who Was Molested

The Conspiracies and Secret Societies book, which is authored by Brad and Sherry Steiger, states that Bell’s first wife, Ramona Bell, 47, who was married to him for 15 years, died of an asthma attack in 2006. They were on a vacation when this occurred, but only weeks after Ramona’s death, Bell had revealed to his listeners that there was a mystery in his life.

According to the book, that mystery was his marriage to Airyn, who was described as a “recent college graduate” who contacted Bell to express condolences when his wife died. They “dated” on the Internet for “hundreds of hours,” according to the book, before he went to her home country and married her.

Coast to Coast radio wrote a memoriam for Ramona Bell, saying, “Art Bell’s beloved wife of fifteen years, Ramona, died unexpectedly last night after an asthma attack. …It apparently took place during her sleep. Until her death, Art and Ramona Bell had not been apart a day since they were married. Mrs. Bell had suffered from asthma for years, and took her normal steps to control the attack, which occurred sometime last night in Laughlin, Nevada where the Bells were taking a brief vacation. Ramona Bell was 47 years old.”

Bell was also married to Vickie L. Baker – for 10 years – and to Sachiko Toguchi Bell Pontius. His other children were Vincent Pontius Bell, Lisa Minei Bell, and Arthur William Bell. Bell’s son, Art Bell, was the focus of a tragedy in the family. According to People Magazine, in 2007, Bell’s son Art Bell IV, “then 16 and living across town from his father in Pahrump, Nev., 63 miles northwest of Las Vegas, decided to spend the evening with friends. At the time, the younger Bell shared a house with his mother, Vickie Bell, while his father, Art III, lived nearby.” 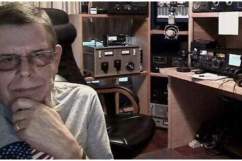 Loading more stories
wpDiscuz
0
0
Would love your thoughts, please comment.x
()
x
| Reply
Art Bell, the radio host, is dead. How did he die? The cause of death is not yet known.